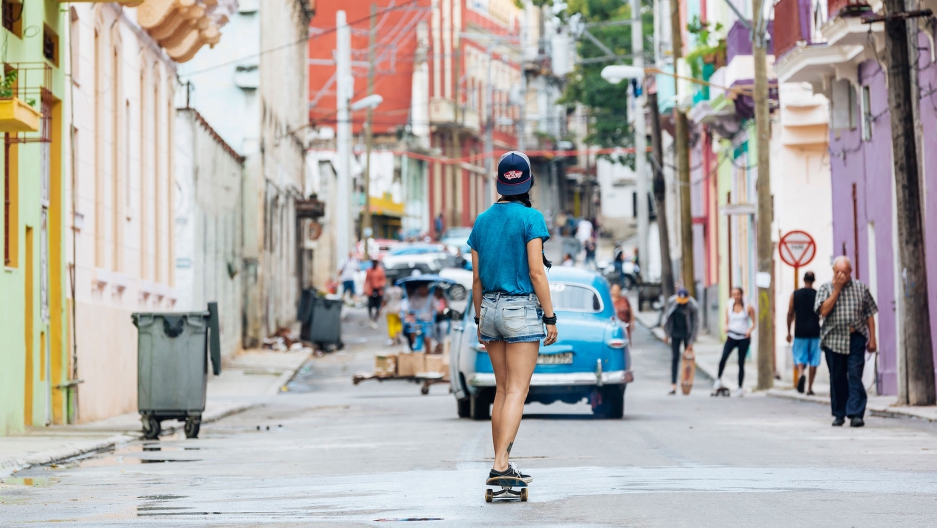 Ariadna Pérez Ballester is the only female skater in Camagüey, a city of 300,000 in central Cuba.

When I heard about a reporter going down to Cuba to check out the skateboard scene, I had one image in my head: A long steep avenue called "La Rampa."

Take a skateboard down that, right into Havana's downtown.

Technically, it's not legal to skateboard in Cuba. It falls into a legal gray area. That's not stopping a group of young women. There's a passion for riding that communism can't stop.

"They skate to get around, to get to school, to work, and for fun," says Miami New Times writer Jessica Weiss. "So it's definitely a part of everyone's day to day life.

Weiss recently traveled to Havana and hung out among the skaters. She documents it in a recent article. She says participating in the sport is trickier among girls.

The reason? There's so few. 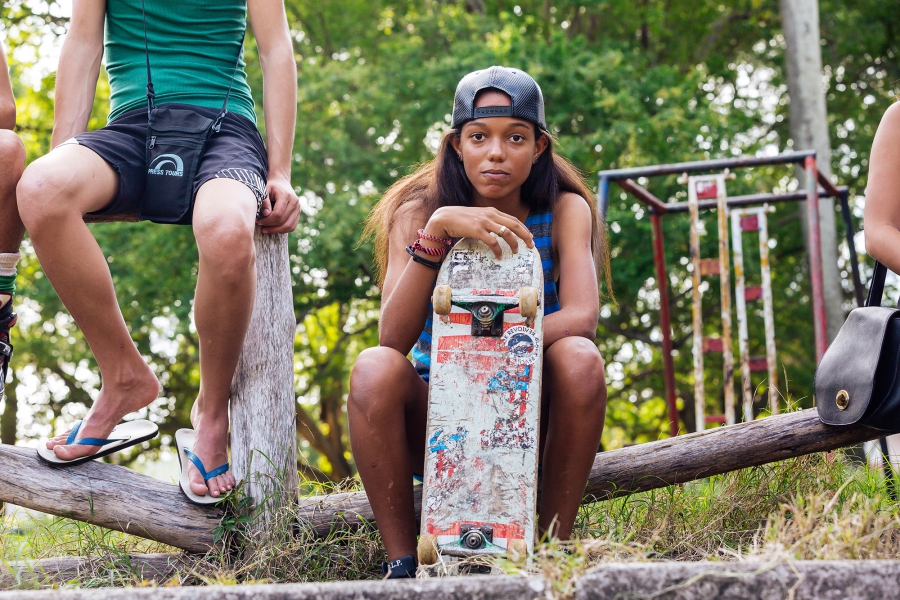 Daria Martinez, a 15-year-old from Vedado, is another regular in the skate scene.

She says they don't hold that big a place in the skate scene in Havana, despite it being quite large.

"It's actually seen as something that is quite bizarre. It's not a normal quote-unquote activity for a woman," Weiss says. "Among the few girls and women I spoke to who are skaters, there was a definite sense of receiving quite a few stares and unapproving glances from onlookers."

The machismo culture in Cuba, still very much alive, also plays a part.

"Not only is there the sense that the man needs to protect the women, but also the woman, as the wife, or the daughter, or the sister, is sort just there to be protected. So that has definitely filtered into the way Cuban society still works," she says.

Weiss says the girls challenge that idea, the one of a fragile woman, by skating as it's a sport that comes with risk. But as any kid who has dropped into a bowl, or pointed their nose down a huge hill… it's also one that comes with freedom.

"This one girl I met just loves speed and hills and getting speed on her longboard ... For her, that's a thrill. That's something that makes her feel alive."