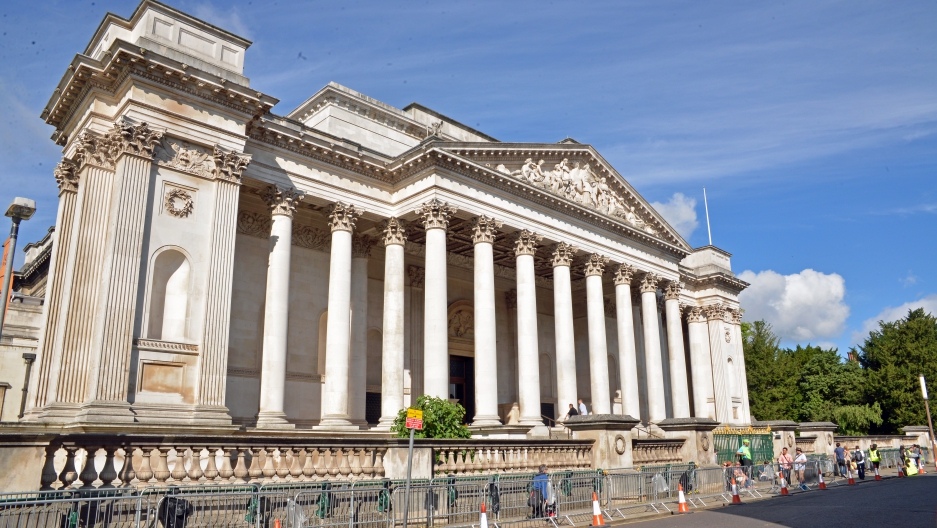 The Fitzwilliam Museum in Cambridge, UK was one of the museums targetted for attack

Not every criminal gang is content with traditional targets.

This week, a jury in Britain convicted 13 members of the so-called "Dead Zoo Gang" of involvement in a series of highly specialised robberies, with targets including rhino horns, museum treasures and Chinese antiquities. All of the robberies took place at museums and auction houses around Britain. The group is believed to have stolen the objects with the aim of selling them on to wealthy private collectors in China.

Ten other men have previously been convicted for involvement in the conspiracy, which also included a failed attempt to steal a stuffed rhino head from a museum in the city of Norwich. In that incident the gang abandoned the head when it proved too heavy to carry.

According to Donna Yates, an expert in the illegal antiquities trade, the rhino horns would probably have been desirable because of its horn’s use in traditional Chinese medicine. “They were going in and ripping the horns off. It’s an elite item that’s ground up and used as medicine. These were very targeted thefts.”

The group also depended on an international network to launder its crimes. Although most of those convicted were members of Ireland’s Traveller minority, they also had contacts in London and links to the Chinese community there.

Among those convicted was Donald Chi Chong Wong, a “fence” who visited Hong Kong frequently.