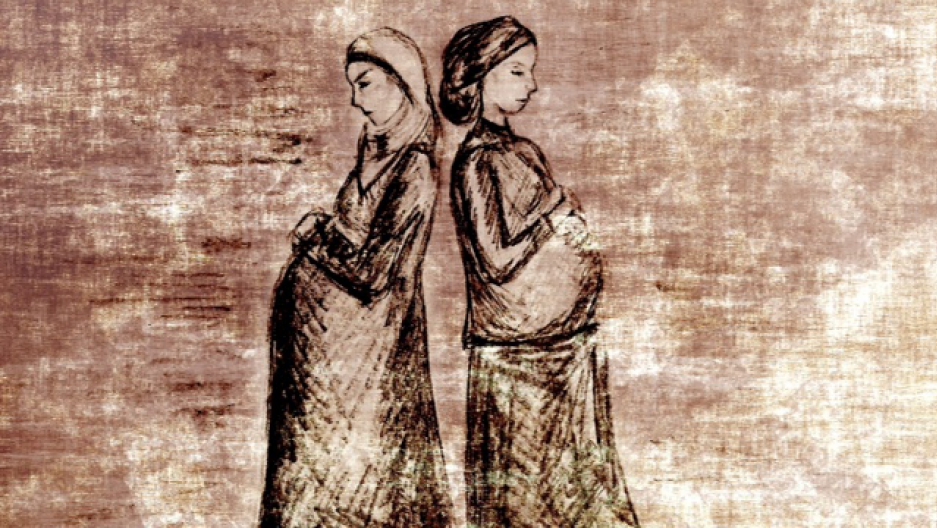 Hadassah Mount Scopus used to be a model of co-existence for Jews and Palestinians. But increasingly Jewish and Palestinian women say they're afraid to give birth there.

The maternity staff at Hadassah Hospital at Mount Scopus prides itself on bringing Jewish babies into the world side-by-side with Palestinian ones.

Outside the delivery room on the sixth floor, a Jewish man in a skullcap paces back and forth, murmuring prayers. Nearby, a Palestinian family sits with a bunch of pink balloons.

Hadassah was built on a hilltop in a mostly Arab part of Jerusalem in the 1930s, and it has long welcomed both Jews and Palestinians. In fact, in 2005, the hospital’s dedication to coexistence earned it a nomination for the Nobel Peace Prize.

Now, though, the surge of violence in Jerusalem is testing the hospital’s self-image as a bastion of coexistence. The number of deliveries at Mount Scopus has dropped by thirty percent since October. Around that time, Palestinians began carrying out stabbings, shootings and car rammings that have killed about 30 Israelis. Israeli forces have killed about 180 Palestinians in the same time, about two-thirds of them said to be attackers.

These days, Palestinian and Jewish women alike are avoiding the hospital’s maternity ward. They say they’re afraid of delivering their babies next to a potential enemy.

“I was scared. There’s Arabs there,” says Malki, an ultraorthodox Jew who, like most women I spoke with about their experiences at Mount Scopus, asked me not to use her last name. “Whenever they want, they can take out a knife and do whatever they want.”

Malki delivered her first two babies at Mount Scopus, but went to a hospital in Jewish West Jerusalem for her third birth in July. She says she didn’t feel safe in a hospital where Palestinians are in the hallways.

Hadeel, a Palestinian woman from East Jerusalem, is scared too. Hadeel also delivered her first two babies at Mount Scopus. Her third was born in February. This time, Hadeel felt she had to choose between the best healthcare at an Israeli hospital and personal safety at a Palestinian one. She chose personal safety, which she says was a really hard decision.

“You know, I have some tests I need[ed] to do for [the] pregnancy,” Hadeel says. “I didn’t do it because they’re available just in the Israeli parts. I didn’t do it! I can’t! They will see me in [my] scarf and they will know me! You don’t know, a crazy man will come and kill me.”

Dr. Drorit Hochner, director of OB-GYN at Hadassah Mount Scopus, says that would never happen; it goes against all possible principles of care. But Hochner also says she’s surprised sometimes that Palestinian women come to Mount Scopus to deliver their babies.

“They don’t know a word in Hebrew. We take them to do a C-section in the operation theater and I think to myself, ‘how do they trust us? They don’t think maybe we’ll kill them?’  We’re not going to,” Hochner says. “But they come, they trust us.”

That trust is fraying. Out of the 31 midwives at Mount Scopus, only one is Palestinian. Esther Rogov, an ultra-orthodox Jewish midwife at the hospital says that Palestinians don’t always get the best rooms in the delivery ward.

“We prefer to give the beautiful rooms [to] Jewish people,” Rogov says.  “And some midwives hate it. And I don’t know what to do.”

Rogov says she sometimes wonders what will become of the Palestinian babies she helps deliver.

“It’s not so easy,” she says. “You try to help women give birth, and you have a sweet baby and you don’t know what this baby will be. Maybe a terrorist. Maybe the baby will kill our kids.”

Last month, one of Rogov’s close friends, Dafnah Meir, was killed by a Palestinian at her home in a West Bank settlement.

Beyond the social challenges, costs are also driving a wedge in the hospital’s goal to extend a hand to all. Maternity deliveries are one of the only services for which the hospital’s costs are fully reimbursed by national insurance. Ultra-orthodox Jews have the highest birthrate in Jerusalem, so the hospital recruits in Jewish neighborhoods.

Hochner says even though she supports Hadassah’s mission, she’s not sure the hospital’s vision of coexistence is the future.

“I believe in this bridge to peace, but listen, we’re doing it for 50 years and nothing happens,” Hochner says. “It’s very sad what’s happening here.”