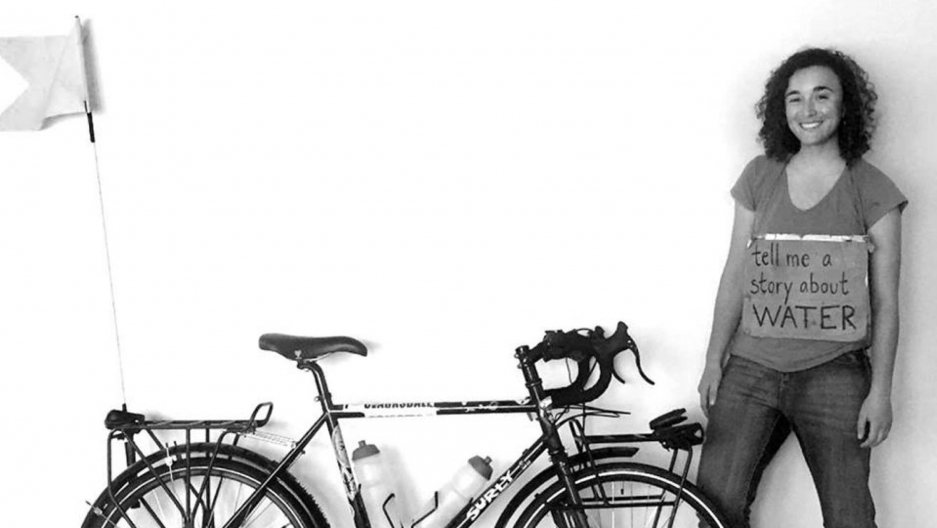 Devi Lockwood is a 23-year-old poet and touring cyclist turned professional storyteller from Boston. And she's traveling the world by bicycle and boat to collect 1,001 stories about water and climate change.

With a background as a rowing coach, Lockwood graduated from Harvard University in May 2014 with a degree in Folklore & Mythology. When she graduated, she received the Gardner & Shaw Postgraduate Traveling Fellowship from Harvard for a year of "purposeful wandering" after graduation. Yes, that is a real thing.

We spoke to Lockwood about her travels, the stories she's collected so far and the people she's met along the way.

IM: What’s your background in environmental science and activism?

DL: I'm not a scientist, but I care deeply about storytelling, water and climate change. The inspiration for this trip came from an 800 mile solo ride I took down the Mississippi River in August 2013 for my senior thesis in Folklore & Mythology. Along the way I collected stories from people I met.

The farther down the river I pedaled, the more stories people told me about the direct, water-based impacts of climate change in their hometowns — intensified storms and coastlines that are disappearing at a rate of football fields per day. It was a cause that I could not turn away from. I have always been interested in environmental issues, but this was the first time in my life that I was compelled to act.

IM: What was the spark that made you want to go on this story collection journey?

DL: If I were to choose one story from the Mississippi River trip in 2013 that compelled me to act, it would be this: I met 57-year-old Franny Connetti eighty miles south of New Orleans. When I stopped in front of her office building to check my bicycle tires, Franny invited me to get out of the sun. Over a shared plate of fried shrimp, she told me how 2012’s Hurricane Isaac washed away her neighborhood. “We fight for protection of our levees. We fight for our marsh every time we have a hurricane,” she said.

Despite the lack of attention state officials afford the area, Franny stands by her hometown. She and her husband moved back to their mobile home a few months after the disaster. “I couldn’t imagine living anywhere else,” she confessed.

“Do you think there will come a time when people can’t live here?” I asked her.

“I think so. Not in my lifetime, but you’ll probably see it,” she said.

To imagine the road I had been biking on underwater was chilling. Twenty miles further, I saw where the ocean laps over the road at high tide.

DV: Cycling is a way of moving slowly, of being present in a place without a windscreen separating my body from the world outside.

I fell in love with cycling after tearing my ACL playing soccer in 2012. The recovery was brutal, but I came out of it with the dream of a bike trip. Cycling was the first thing I could do in rehab that made me break a sweat. I love sweating. Plus, cycling is a way of travel that treads lightly on the planet. I'm a restless person, and it works well for me to have a movement practice built into my every day life. Movement is the language I come from.

IM: How did you decide on the questions you were asking? What was the purpose of asking them?

DV: Every story I collect is unique.

I never enter an interview with a set group of questions to ask. The purpose of asking someone to 'tell me a story about water or climate change' is to keep the prompt as open as possible.

I have heard stories of everything from tsunamis to weather patterns as they influence farming to learning how to swim as a child — all of it interests me. I'm fascinated with how story both creates and is of a place.

In Folklore & Mythology I learned that wisdom sits in places, that there is no text without context. A story exists within the place that it was told. I am working on the moment on creating a website that will be a platform and an archive for these stories where a visitor can click on a point and listen to a story on water or climate change that someone has told me from that place. I am 23 years old, and I believe that water and climate change are the defining issues of my generation.

IM: What have you learned on your trip?

DV: So far I have learned this much: Slow is beautiful. Slow down. I think that North Americans are exceptional at being in a rush. I have found joy in distancing myself from that culture of speed.

IM: Who are three people you met that you still think of from time to time? 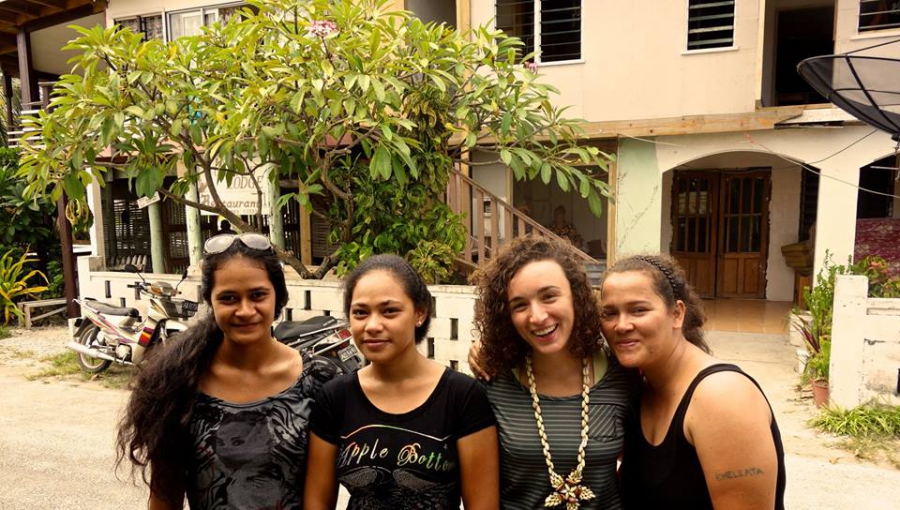 DL: I spent a month in Tuvalu over Christmas and New Year's and these women welcomed me into their homes and their lives with such grace and love.

Tuvalu is their home, and is also one of the first Pacific Island nations on track not to exist due to sea level rise. Wells that once provided fresh water have become salty in the last 10-20 years, and the highest point in the island is only 4 meters above sea level. Many Tuvaluans have already migrated to Fiji.

I think of my Tuvaluan sisters every time a cyclone plows through the Pacific, hoping that they are alright. In one of the great ironies and injustices of climate change, the people most affected are those who have contributed the least to the problem.

Eleni is a beautiful storyteller from Taveuni, Fiji, who welcomed me into her family's home for a week. It was a blessing to be a part of her life. In that week we walked the hills together in search of the fabled Tagimoucia flowers, and also attended her grandmother's funeral. 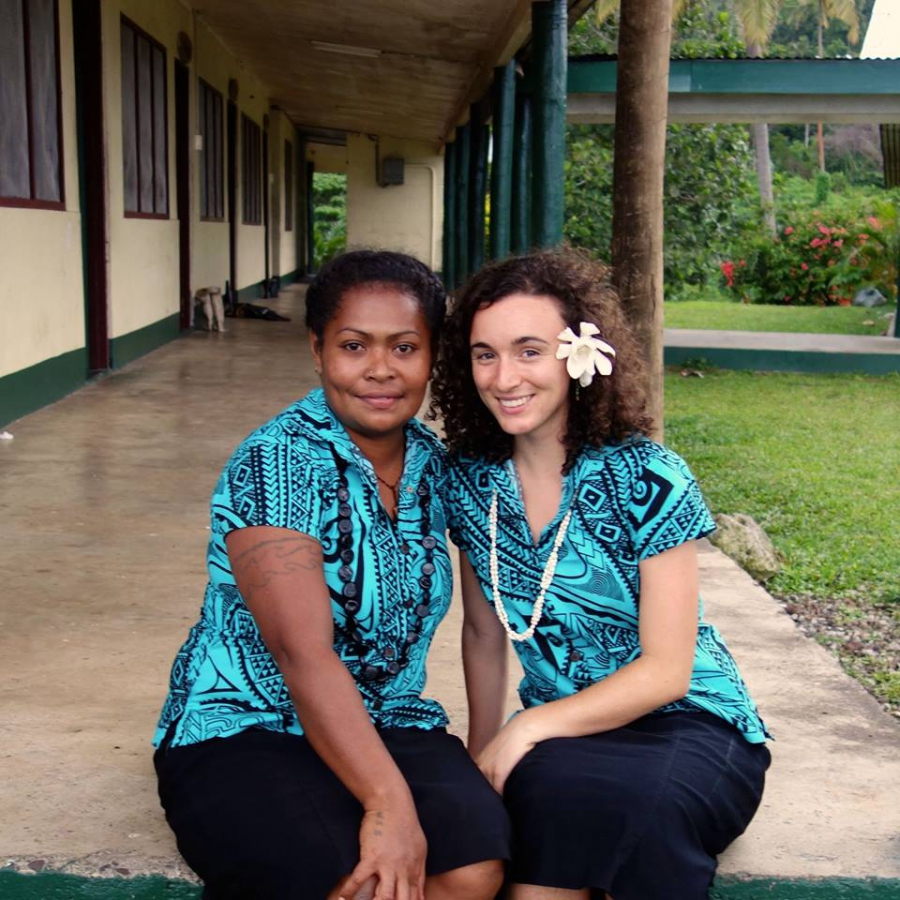 Jacquie Mackay hosts the morning show on ABC Capricornia in Rockhampton, Queensland, Australia. We met in September 2015 and she interviewed me as part of her show. It was wonderful to see the inner-workings of the ABC studio, learn about storytelling in the public broadcasting world, and to be on the other side of the microphone for a change.

Jacquie is an incredible human with a real talent for storytelling and listening. After recording in studio, we talked about how the job of an interviewer is to be a conduit for story. Water weaves through language in the most beautiful, surprising ways. 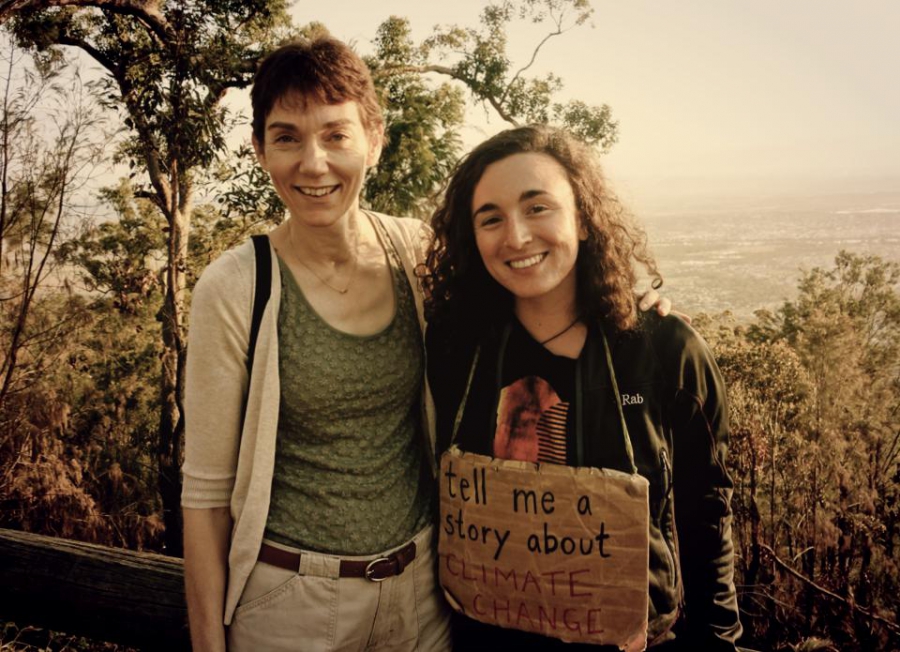 IM: How did your trip change you and how did it influence what you’re doing now and hope to do in the future?

DL: The trip is ongoing, and while I have enjoyed pausing for these last few months in New Zealand to focus on writing, soon it will be time to hit the road and the water again.

Over the course of the trip I made the choice to stop flying to reduce my environmental footprint, which makes getting out of the South Pacific a creative challenge.

I crossed the Tasman Sea twice by cargo ship, crowdfunding my passage on Kickstarter with support from people who believed in my writing. I am looking now towards Southeast Asia, though those plans could change depending on where I can get to via boat from Aotearoa, New Zealand.

I don't know what the future holds. I would love to work in public radio. The Moth and On Being make my soul sing.

I would also love to get more into teaching. I'm teaching two online writing classes in the coming weeks through the Provincetown Fine Arts Work Center.

So, grad school, maybe? Or a hodgepodge of living and work and writing, all mixed up in one beautiful mess?

I want to live a bit more before I get back into the formal education system. The world is vast and I have collected 452 stories, just shy of half-way to my goal of 1,001. If there's one thing I have learned from being on the road, it's that every day is brand new.