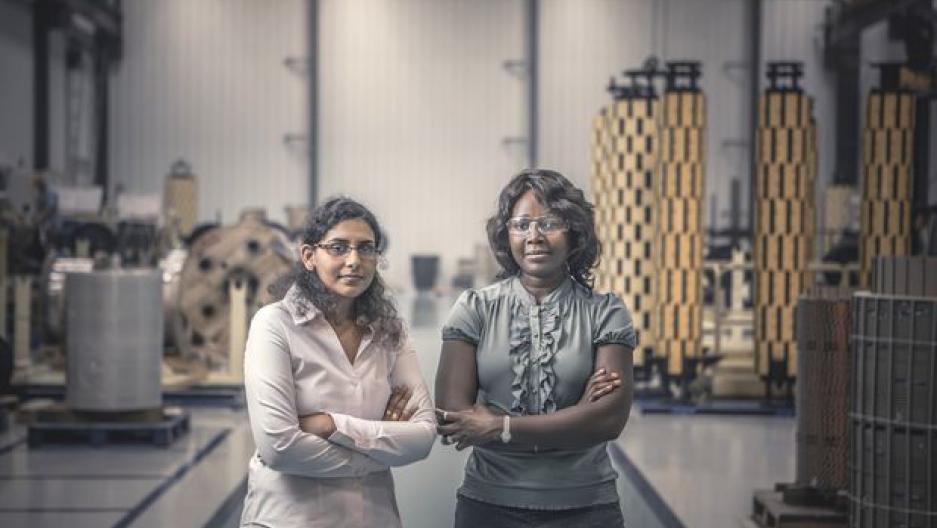 Despite being experienced and well-educated, women of color still get way less funding on average than their white male counterparts.

Black women own 1.5 million businesses and represent the fastest-growing group of entrepreneurs in the US. Their companies generate about $44 billion a year.

Yet black women received only 0.2 percent of all venture funding in the past five years.

“You can totally overlook how to monetize this really amazing market because you’re not paying attention to who’s there, and you’re not hiring the folks who look like your customers,” says Kathryn Finney, an entrepreneur who started the blog Budget Fashionista and sold it for a healthy profit.

Finney says venture capitalists and Silicon Valley executives tend to only invest in people who look like they do — and they don't look like her.

“I actually had a [venture capitalist] tell me that he didn’t do the black woman thing,” she says. “Several years ago, I was part of one of the first incubator programs here in New York. It was a horrible experience for me. It was the first time in my life, growing up as an over-achiever who just happened to be a young black woman, it was the first time in my life where people had no expectations of me whatsoever. It was really difficult for me to operate in that space.”

Finney brought a creative idea to the start-up incubator — a beauty company that functioned as a kind of “Birchbox for black women,” she says. The reason? After doing some research, she learned that black women purchase more than 30 percent of all hair care products in the United States.

“It’s over a $10 billion industry ripe for disruption,” she says. “I came and I was so excited. The response I received was just absolutely absurd.”

One venture capitalist said that he didn’t want to invest in a project focused on black women, while another argued that Finney was unqualified to run such a business.

Finney is tackling this issue head on. She’s currently the founder and managing director of digitalundivided, a social enterprise that finds, supports, and trains urban tech entrepreneurs. She says it’s time to rethink the problem of diversity in the start-up industry.

“As someone who has built a tech company and has been in this space for a while, I do understand the challenges on the other end of it,” she says. “There is a lot of pressure on start-ups to scale rapidly, and so many would argue that, because it’s moving so rapidly, I have to hire and bring in people that look like me and who identify with me. The problem is, you may not be your customer, and you may not be your market.”

In order to find solutions to this problem, Finney and digitalundivided have been exploring and studying the state of black women in tech entrepreneurship in the United States, and searching for practical solutions.

“The best way to convince people is with success, and that’s on both sides — externally and internally to the community,” she says. “One of the things that we have done is really focus on bringing people who have been a success into our communities, rather than trying to take our communities and bring them to some other place.”

In connection with the United Negro College Fund and Spellman University, digitalundivided has launched its START program, which aims to connect successful black entrepreneurs and college students.

“We bring them into a community to explain exactly how to start a start-up,” says Finney. “We have a whole session on lean start-up principles — we call it ‘Lean Start-Up for The Hood.’”

These training and networking sessions, Finney says, are designed to teach young people how to build a business, and how to achieve their desired results.

“I think that’s really important for programs, like our START program, and others to be developed in communities to show people the path,” she says. “It’s equally important for people who have been successful to come back and show and tell people, ‘This is what I’ve done.’”

And Finney is doing just that.

“I started a small little blog in 2003 talking about budget fashion, and it turned into this whole other thing—it led to book deals and a lot of great stuff, and I was able to sell my company,” she says. “But talking about how I was able to do that—how I built the community, how I created an asset that someone else valued enough to purchase, all of those things are not things that we necessarily hear in our community. It’s very important for people like myself and others to go back and explain how we did it, and then help people down that path as well.”