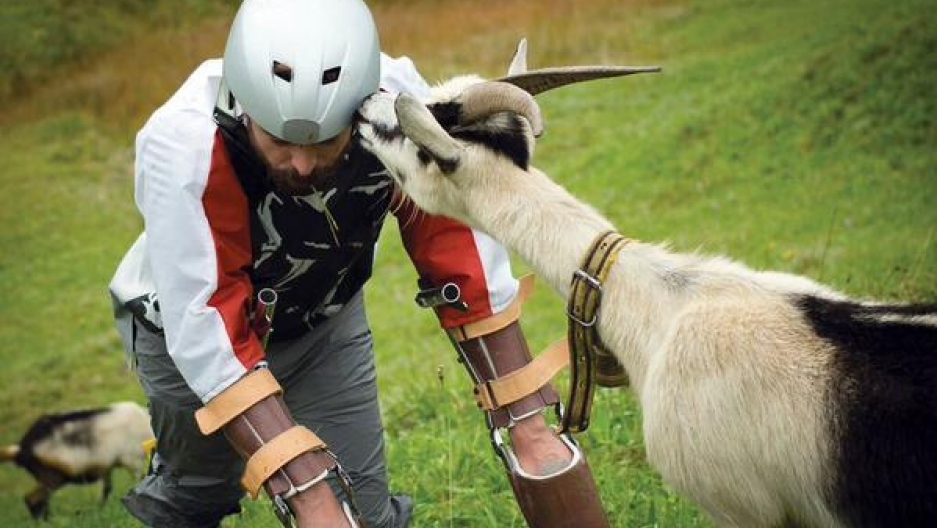 Thomas Thwaites spent six days in the Swiss Alps to experience what it's like to live life as a goat.

Thomas Thwaites wanted to know what life was like for animals.

“I was at a bit of a low ebb and I just happened to be dog sitting by my niece's dog, and looking at this joyous, happy mutt,” says Thwaites about the moment when the muse spoke to him, “I just thought, oh, wouldn't it be nice to just have a break from all this stress? I kind of took it from there really.”

It’s not too outlandish really to imagine being an animal.  Apparently the idea had been kicking around in Thwaites’ head for a while. “It seems like a passing thought if only I could be an animal. In fact I think it's a universal. I remember thinking as child if only I could be a cat, then I wouldn't have to go to school.”

Interesting way to play hooky from school. But as an adult, Thwaites, a 34-year-old artist from London, wanted to push the idea farther so he decided it was time to escape the pressures and stresses of modern life, and live as a goat. Like a billy goat.

To be honest, Thwaites has no loose nuts. He's interested in technology, science and futures research, as well as "communicating complex subjects in engaging ways." He graduated from the Royal College of Art Design Interactions and has researched social trends, the history and philosophy of science, and how to build a toaster from scratch.

On a whim, he says he applied to a London arts agency (the Wellcome Trust) to help pay for his goat holiday. As it turns out, they called his bluff and offered to pay for his ticket to the Swiss Alps. So off he went.

“I went to a goat farm in the Alps and I had some prosthetics made by a prosthetic clinic, prosthetic hooves, prosthetic back legs, I also tried to digest grass. Because that's what goats do.” 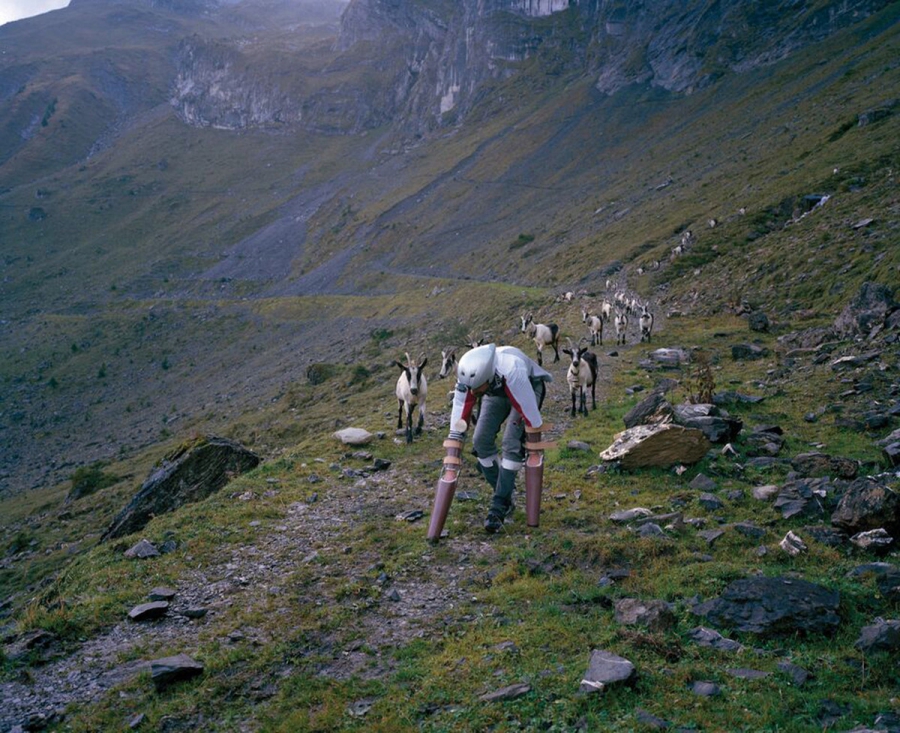 After three or four days getting the hang of his new hooves, he challenged himself to cross the Alps. Because that's what goats do.

Thwaites says the Alpine experience was intended to better appreciate the animals’ anatomy and even their psychology.

“It was a very, I don't know, a very special kind of time. The thing is, it became an investigation into how close we can come to fulfilling this ancient human dream because I did a bit of research and you quickly find cave paintings, of half human-half beasts and in fact this shows up in the earliest piece of figurative art, a statuette.” 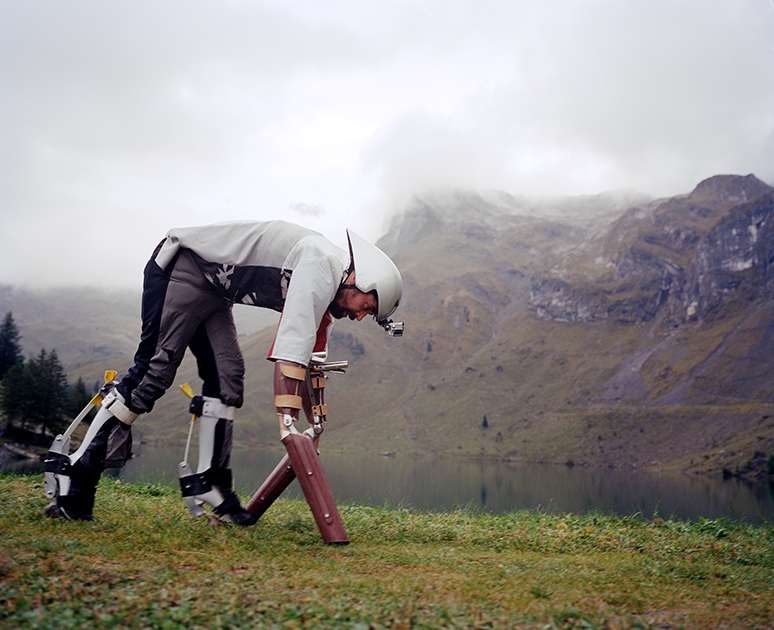 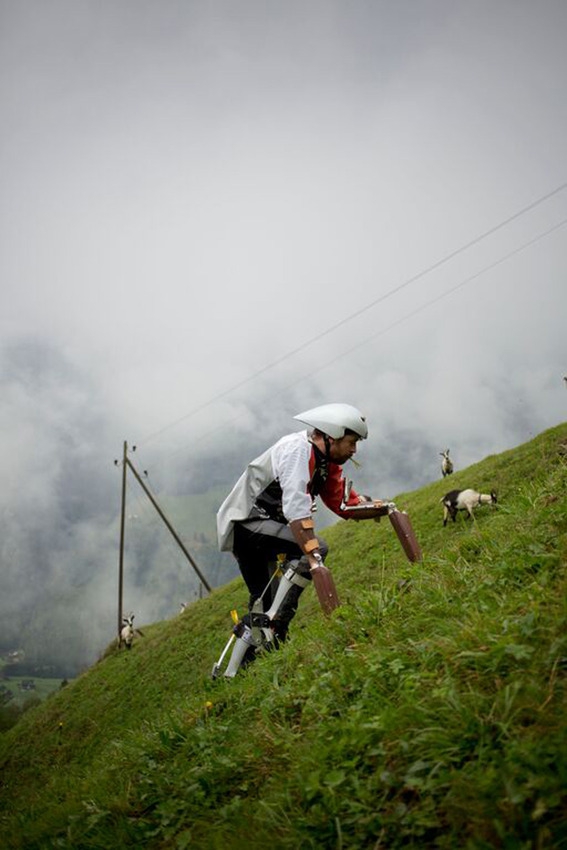