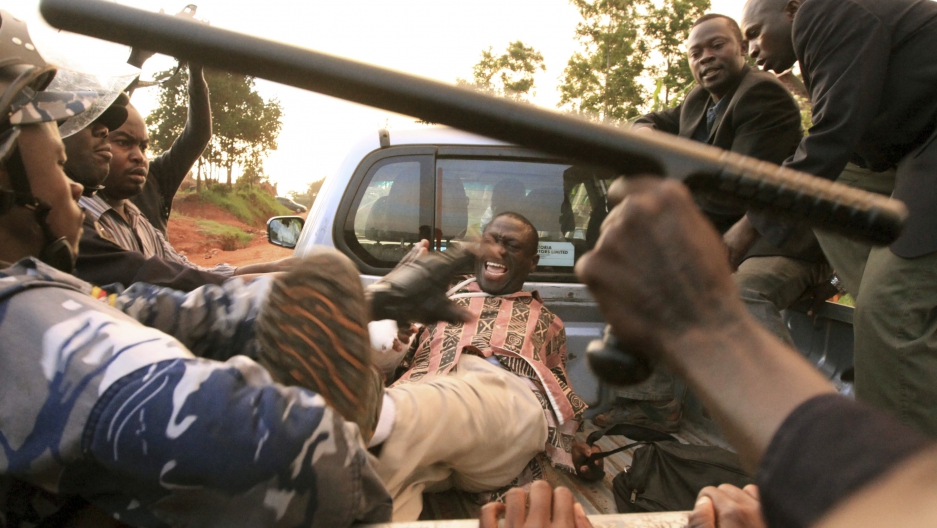 JOHANNESBURG, South Africa — For Kizza Besigye, it has become a grim routine: the moment the Ugandan opposition leader stepped out of his home on the outskirts of Kampala, police grabbed him, forced him into a van and drove off at top speed.

Besigye's arrest Tuesday was his fifth in just over a week — and one of dozens in his political career. In November, Besigye told a rally that he had been arrested an astonishing 43 times since he entered politics, but “they keep releasing me without any charge.”

Such determined harassment shows the lengths to which President Yoweri Museveni, who has been in power since 1986 and last week won a fifth elected term, will go to thwart opposition. The increasing authoritarianism under Museveni has put Western democracies in an awkward position. Last week, US Secretary of State John Kerry told Museveni — one of Africa's longest-serving leaders, and an ally of the United States on regional security matters — that he was concerned about the detentions and harassment of opposition figures.

But Besigye's home, and those of other opposition candidates, has remained surrounded by police as he seeks to challenge the poll results.

Museveni, 71, who first came to power as a rebel leader, won the presidential election with 60.8 percent of the vote. Besigye received 35.4 percent, but maintains that the voting was rigged. Foreign observers have said the poll was marred by intimidation and a lack of transparency.

Museveni rejects these allegations, and accuses the 59-year-old Besigye — his former personal physician — of planning to incite violence.

On Monday, Besigye had intended to lead a protest march from his home to the electoral commission. Instead police arrested him the moment he left his gate, and took him to a police station some 25 miles from Kampala, later releasing him without charge.

The police call it “preventative arrest” — stopping the veteran opposition leader and his supporters from taking to the streets.

The New York-based group Human Rights Watch said that Ugandan police "should not hamper the ability of the opposition to gather and organize themselves to pursue legal channels to challenge results, should they choose to."

Besigye led anti-government demonstrations after the 2011 polls, and was repeatedly arrested and his supporters harassed. The intimidation continued throughout this election, which was the fourth time he had contested the presidency.

As votes were counted, Besigye was detained at the Forum for Democratic Change offices. Police surrounded the party headquarters and fired tear gas to disperse protesters. Security forces also encircled the home of Amama Mbabazi, a former prime minister who ran for president but received just 1.4 percent of the vote.

On Tuesday the UN’s human rights office said it was “concerned by the tense post-electoral situation in Uganda,” citing reports of at least two people killed, police and military deployed in the streets, and the arrests of four opposition leaders including Besigye.

"We remind the government of Uganda of its obligations under international human rights law not to unduly restrict freedom of expression and peaceful assembly," the UNHCR said.

More from GlobalPost: Will Uganda's 'Museveni babies' vote out the only president they've ever known?