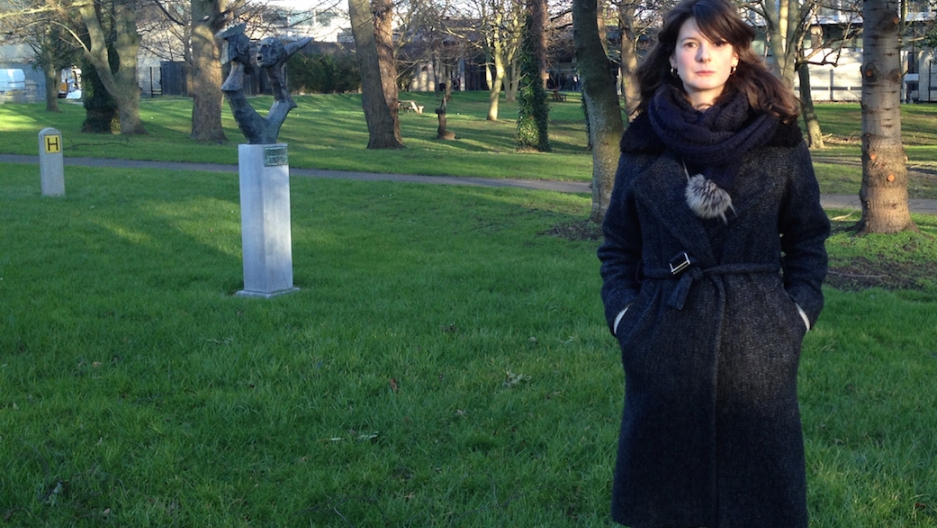 Dublin poet and activist Julie Morrissy is among those hoping to start a wider conversation about abortion in Ireland.

In Ireland, it’s not only illegal to have an abortion in cases of rape, incest and fatal fetal abnormalities, it’s unconstitutional.

This despite Ireland surprising people around the world in 2015 by becoming the first country to legalize gay marriage by popular referendum, only two decades after the nation dumped Victorian-era laws that made homosexuality a crime.

Irish voters head to the polls for a general election Feb. 26, and abortion seems like the next big social issue on the horizon. Activists are determined to get that conversation underway now.

Most of those women have kept silent about their travel. But recent, controversial cases in which Irish women have been denied medically necessary abortions have prompted others to come forward.

The Abortion Rights Campaign, Share Your Abortion Story and the X-ile Project have emerged in recent years as a forum for these conversations. X-ile in particular has a simple premise: It’s a portrait gallery of women who’ve had abortions and chosen to show their faces.

Some of the women who've come forward to be photographed for the X-ile Project, a portrait gallery of Irish women who've had abortions.

In 1983, Ireland passed the Eighth Amendment, which precludes courts from legalizing abortion. But women can travel abroad for the procedure to a country where it’s legal.

According to the UK Department of Health, as many as 150,000 Irish women have traveled to Great Britain for abortions since the 1980s. This breaks down to an average of 12 women per day. These statistics don't include women who gave false addresses or went to other countries.

“We want to open up a conversation about abortion between ordinary people on an everyday level,” says Julie Morrissy, one of the founders of the X-ile site. She considers most Irish politicians unwilling to enter into that conversation at all.

“It’s been going in circles here in Ireland for far too long,” says Tara Flynn, an Irish actress and comedian who had an abortion in 2006 and but only first spoke out about it at an Amnesty International event in 2015.

What makes the issue of abortion much more complicated in Ireland is the strong role the Catholic church has played there, influencing health, education and family life for centuries.

According to the 2011 Census, 84 percent of Ireland’s population still count themselves as Roman Catholic. The question of family, which was ever-present during the marriage equality referendum, plays an even more significant role in the abortion debate. And there is a strong respect for life in Ireland that is nourished by deep-rooted Catholic beliefs.

Of the women that have spoken out about their experience, what has emerged as one of the most distressing factors is not the decision to have an abortion, but the fact that they have to travel and terminate their pregnancies in secret, often at great financial cost.

Jennifer, who didn't want to give her full name, says she had an abortion in 2009 but hasn’t told many people for fear of being called “a murderer.”

“There's massive stigma surrounding abortions here. It's a normal procedure, yet when you say you've had one, people try to keep you quiet and keep it hidden,” Jennifer says. “There's very little support here for women and it's so brushed over. You don't know where to turn.”

Activist Julie Morrissy says she's working to change that, one picture at a time.

“We want people to confront abortion experiences and talk about them, and for it not to be a taboo in daily life — for women to be able to talk about this experience of having been sent away for a medical procedure,” she says.