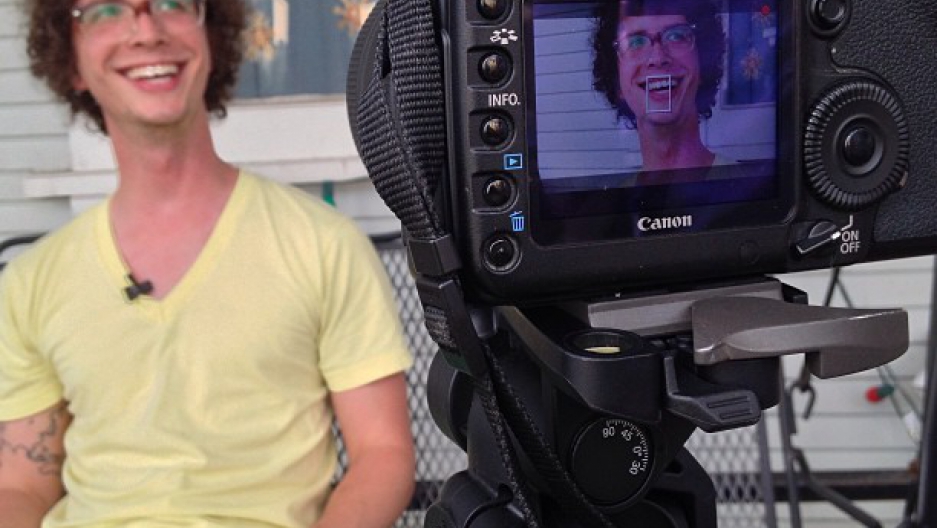 Lousiana native Sam Craft taks to Wikitongues about his identity as a young Louisiana French speaker.

Like most of his compatriots in Kosovo, 19-year-old Plator Gashi grew up speaking Albanian.

As a linguistically curious young man (some might say, a “language nerd”), Gashi discovered the dialect he and his neighbors spoke — which is different from the one used across the border in Albania — was beginning to lose many of its older, richer expressions. Blame the influence of English, French and the general tendency to simplify language in the age of texting acronyms and Bitmojis.

“There are lot of very beautiful words and expressions that have started to fade away. A lot of people tend to use simpler language, and I think that is a shame,” Gashi says. “I’m not a purist, but not only do you lose words that are beautiful in an objective sense, they are also related to our culture.”

Gashi’s concern with preserving the uniqueness of his native dialect is not unique. Under pressure from economic globalization, the Internet, and government policies favoring centralization, regional dialects and languages are increasingly under threat. According to one oft-cited statistic from the United Nations, more than 3,000 languages currently spoken today will become extinct by the end of this century unless current trends are reversed.

But the Internet, home to polyglot YouTubers with dedicated fan bases, and language-rights activists who have built large communities on Facebook and Twitter, is also an indispensable tool for those who want to preserve endangered languages. As a volunteer with Wikitongues, a Brooklyn-based nonprofit dedicated to preserving and recording linguistic diversity, Gashi is at the forefront of the movement.

Founded in 2013 by Federico Andrade and Daniel Bogre Udell, Wikitongues boasts volunteers in 40 countries on every continent. Most, like Gashi, record videos of people telling stories in their native tongues. To date, volunteers have made about 300 videos in more than 180 unique languages. Gashi alone has recorded 45 videos, all with titles following a general Wikitongues format like “Mirela speaking Bosnian, “Drita signing Kosovar Sign Language,” or “Orsolya speaking Hungarian.” He also appears in one video, in which he translates and explains important Kosovarian Albanian phrases in English.

Wikitongues is more than a hobby for him. He sees it as a cause, and he’s a dedicated follower.

“I think we owe it to one another to record our own ways of speaking and to give it to the people. That’s what drives me to keep on going,” he says.

While recording videos of rare languages or unique dialects is valuable, such videos are always going to have a limited audience unless they come with subtitles or translation, work that can be both challenging and time consuming. To solve this problem, and facilitate crowd-sourced documentation and learning, Wikitongues has launched a Kickstarter campaign to develop open sourced software called “Poly” that would make it easy to create multimedia dictionaries on the fly.

With Poly, users would be able to create a dictionary between a target language and source language, then add phrases and meanings using text and video. As of publication, the campaign had raised more than $48,000, edging close to its goal of $50,000 with three days to go. The project needs to make its goal for Wikitongues to recieve any of the funds.

Andrade, the Wikitongues co-founder, sees Poly as part of a trend to preserve languages across the world. For instance, in Sweden, Sami reindeer hearders are using the online learning platform Memrise to document and teach their language. Poly is an attempt to create a tool that can bring these kind of efforts together.

“What I think we bring to the table is this potential of having all sorts of different communities coming together in their own little space, but in a common market,” he says.

Language tutor Lindsay Dow volunteers for the social media team at Wikitongues. She hopes Poly can help the group expand its mission.

"The videos that Wikitongues have created so far, and continue to create, are fantastic but I believe that Poly, being open-source and an accessible app, will massively expand the potential reach and growth of Wikitongues documentation of every language in the world," she says.

For Bogre Udell, Poly could become an important tool for grassroots efforts to preserve languages. Such initiatives are needed because, he argues, the decline of language diversity isn’t an accident.

“This has nothing to do with the natural ebb and flow of language diversity, but because government policy around the world facilitates it,” he says. “Most languages are not recognized by their government. Most language communities receive absolutely no support in the form of public education, in the form of funds to document their language, in the form of assistance to produce media. ... So you have tons of these language communities around the world where people are not really able to teach it to their kids, where their kids are learning another language in school, consuming another language in the media, and so what you are really looking at is forced linguicide.”

In his work with Wikitongues, Gashi has traveled throughout Kosovo and the Balkans to conduct interviews. It’s a region that has a rich culture and history, and also historically bitter political divides. Gashi hopes to continue his language documentation work with Poly. He thinks the work can help bring people together, in the Balkans and beyond.

“I think that it’s going to take a lot of work for people to get closer to one another, culturally speaking, and what I’ve learned is that a lot of people do want to do that — a lot of people are very enthusiastic to learn, to share. ... I think that interviewing people and listening to their stories — I’ve learned about the myriad of knowledge and information that is hidden in very secluded places and communities around the world. I think that exploring that and embracing it is a thing that is very valuable.”