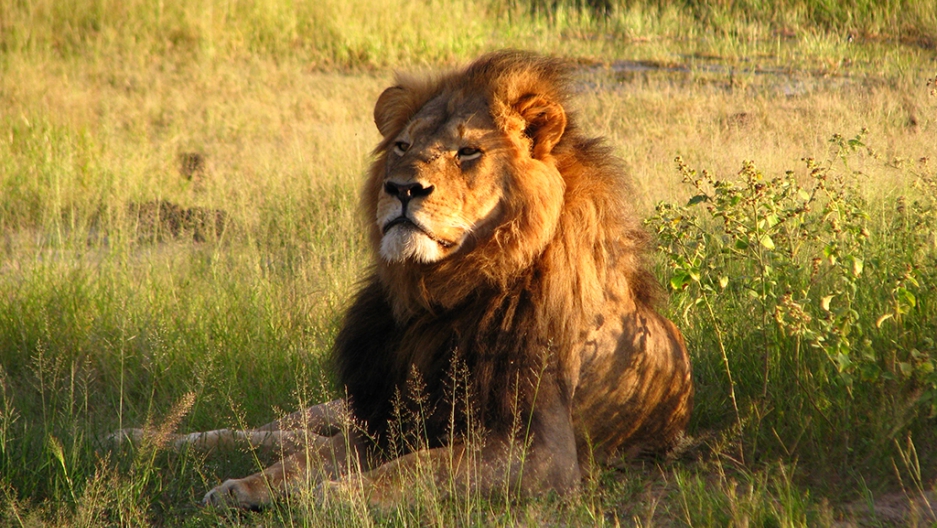 You probably remember when a Minnesota dentist killed one of Zimbabwe's most famous lions. It was hard to miss. Last year, Walter Palmer went from big game hunter to the most hunted man on the internet in a matter of days.

International outrage ensued after Palmer shot Cecil the lion with a crossbow. The prized animal had been lured out of Zimbabwe's Hwange National Park by hunting guides and was killed despite wearing a tracking collar.

In the end, Palmer was found to have had his papers in order, but that didn't stop people from hating his guts — and it certainly didn't make it easier for other hunters to follow in his footsteps.

More from GlobalPost: US just added lions to its endangered list to protect them from trophy hunters

Africa’s lion population has dropped to about 20,000 in recent decades (back in the '40s there were roughly 450,000), due in large part to trophy hunting in addition to habitat destruction, trade in lion parts, disease and “retaliatory killings” from human-lion conflict.

But Zimbabwe's largest wildlife area, Bubye Valley Conservancy, has been bucking that trend with healthy lion populations in “small, fenced, intensively managed, funded reserves,” according to the Telegraph.

So for Bubye, a lack of hunters has meant that the lion population has spiked. Thanks to the "Cecil effect," which has driven hunters away, Bubye officials say they have a lion overpopulation problem.

Bubye has more than 500 lions, and they may have to cull 200 in order to reach a level that is sustainable.

Short of that, Bubye officials are asking other wildlife sanctuaries to take some of their lions off their hands.

Blondie Leathem, Bubye general manager, told the Telegraph: “If anyone knows of a suitable habitat for them where they will not land up in human conflict, or in wildlife areas where they will not be beaten up because of existing prides, please let us know.”

In the meantime, Bubye’s lions are hungry and eating up way too many antelope, giraffe, cheetah, leopards and wild dogs. An excessively dry summer didn't help — that kept grasses low, which made small game easy targets.

Not your average lion problem these days.