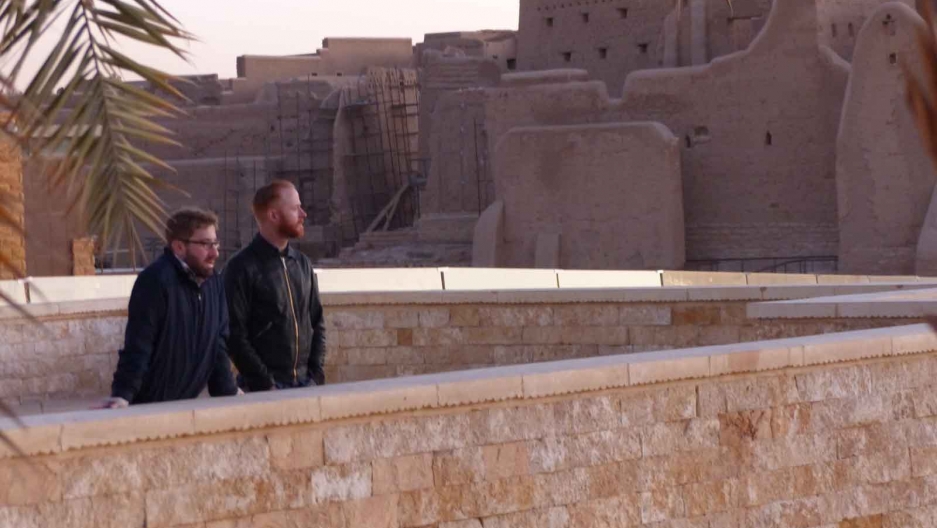 The Prowlers are Ben Wright on banjo, singer Jon Goldfine (also plays tuba and harmonica), Aaron Dorfman on guitar and Todd Livingston on dobro. The band has gone on several other US State Department trips, including to Sub-Saharan Africa and Russia.

But Saudi Arabia is a new experience for the bluegrass band:

“It’s important to note throughout this part of our two-month tour that we’re dealing with the same curiosities and lack of knowledge that a lot of Americans do in regards to the Middle East and even Saudi Arabia specifically. While the band has toured in a Muslim country before (Mauritania), Saudi is considered one of the more conservative countries in this vein, all while making some huge strides in our philosophical direction, recently," the band wrote.

"To be honest, several disparaging remarks have been posted on social media about this trip. It has been difficult to figure out how to deal with them and for the most part we ignore them. We too find it difficult to understand some of the fundamentals of life over here, but we’re all determined to take it in with an open mind. The people here have been welcoming and warm to us. While the goal of these State Department trips is to connect our cultures in a meaningful way, it has become clear that one of the by-products of the trips is that they educate us quite a bit."

"We’re still soaking it all in, but to say that it has been enlightening is an understatement. While we may not agree with everything we see in this world, it seems clear that holding the people of any given country responsible for their government or religion’s decisions may not be a useful point of view. With that out of the way, we hope you enjoy the story of our trip. It has been really exciting so far.”

Ya Reem Wadi Thaqif: A shared song between new friends in Saudi Arabia.

Ben Wright describes one of his favorite moments this way:

“Our final day in Riyadh was the National Day celebration at the Ambassador’s house. This was a massive event with 1,500 guests, most of whom were Saudi and other nationals from all over the world. The event was effectively the Fourth of July celebration, but much earlier in the year due to conflicts with Muslim holidays. ... There were some wonderful moments throughout the evening, including our performance of Ya Reem Wadi Thaqif, which got all the Saudi’s up and singing along with us."

"We were lucky enough to get a tour of the old city in Jeddah on our last night there," writes Ben Wright.

He says the chance to stroll through an open-air street market "just about knocked us all over. "

"The smells, noise and people enveloped us as we again walked in silence. Cardamom, squash, honey, tomatoes, incense, dates, cheese, and so much more. After a minute I worked up the courage to approach a vendor in a small shop selling olives.  He smiled and asked me if he could help me and I pointed at some carrots in a red brine.  This man let me try everything he had.  I tasted spicy pickled radishes and a weird cheese that was silky and warm.  He kept offering me things and I kept eating them.  At the end of it all I thanked him and he said 'you're welcome' and I honestly got the sense that he meant it.  "

"At about 10 yard away and turned and went back to purchase a container of the initial carrots he let me try along with some bread that was still warm. There's no doubt that we were out of place, but I felt welcomed.  Always. " 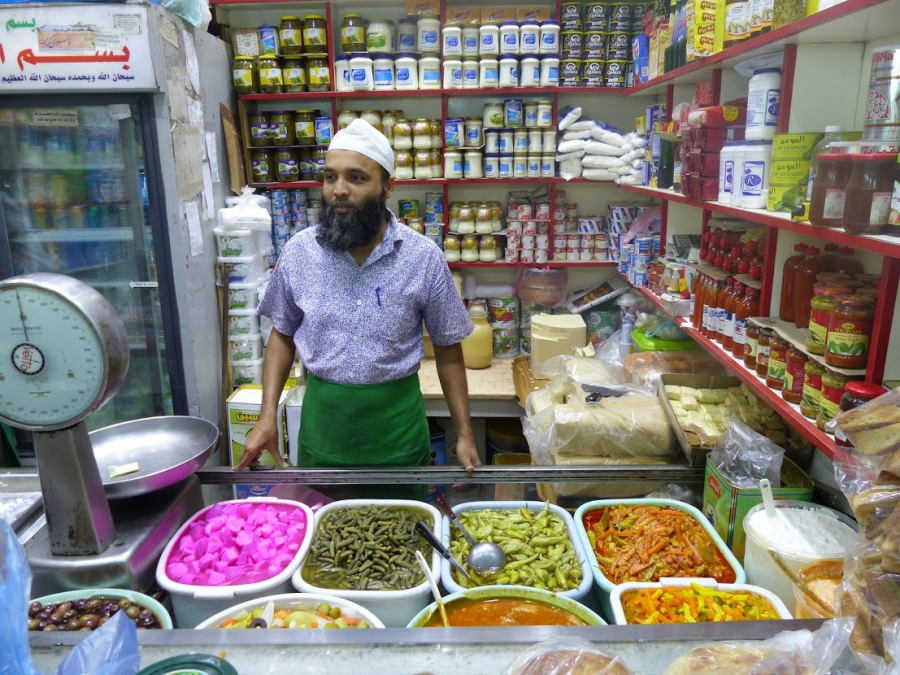 A street vendor at a street market in Jeddah.