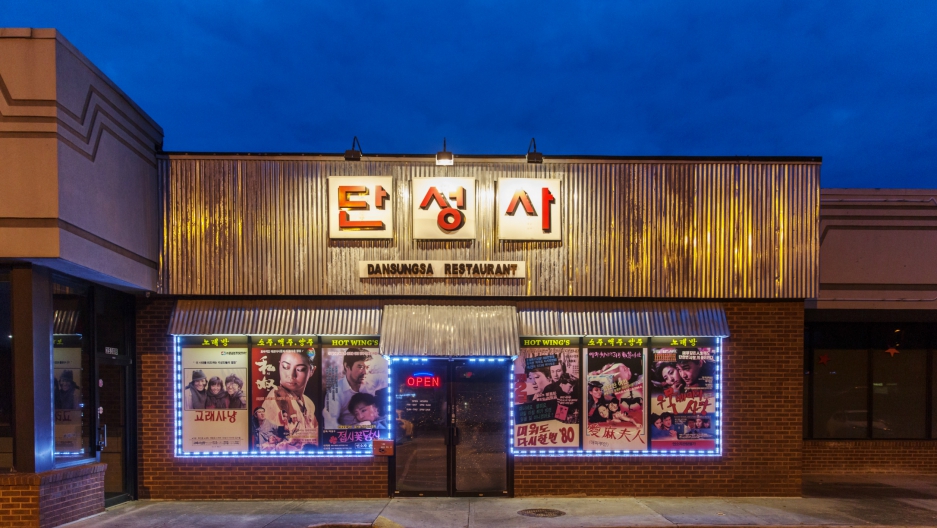 Koreatown could refer to any number Korean communities across the United States. That's because Koreatown isn't just in ONE place.

Chef Deuki Hong and food writer Matt Rodbard discovered this when they set off on a road trip to do research for their new cookbook, Koreatown.

They visited restaurants, shopping centers, businesses and homes of Korean Americans to help understand the "Koreatown spirit," as Deuki Hong puts it in the forward to his book.

"We went to Duluth, Georgia," says Matt Rodbard, "which is not the place that many would expect to have a bustling Korean-American population."

But there it was. In an abandoned stripmall there was a restaurant/karaoke place called Dan Sung Sa. Hong describes it as a "little hole-in-the-wall, old Korean movie posters, which was really kind-of cool."

It's places like this, one little gathering spot, that can be called Koreatown. They're not just in big cities. Koreatowns are in the 'burbs and rural areas, too.

Hong jumps in and says Koreatown is really a "mindset."

And it's mindset millions of Korean Americans share. The population in certain places may be small, like in Duluth, but the point Hong wants to make is that "they're thriving and really being part of the community."

Here's one way to create a touch of Koreatown at home: 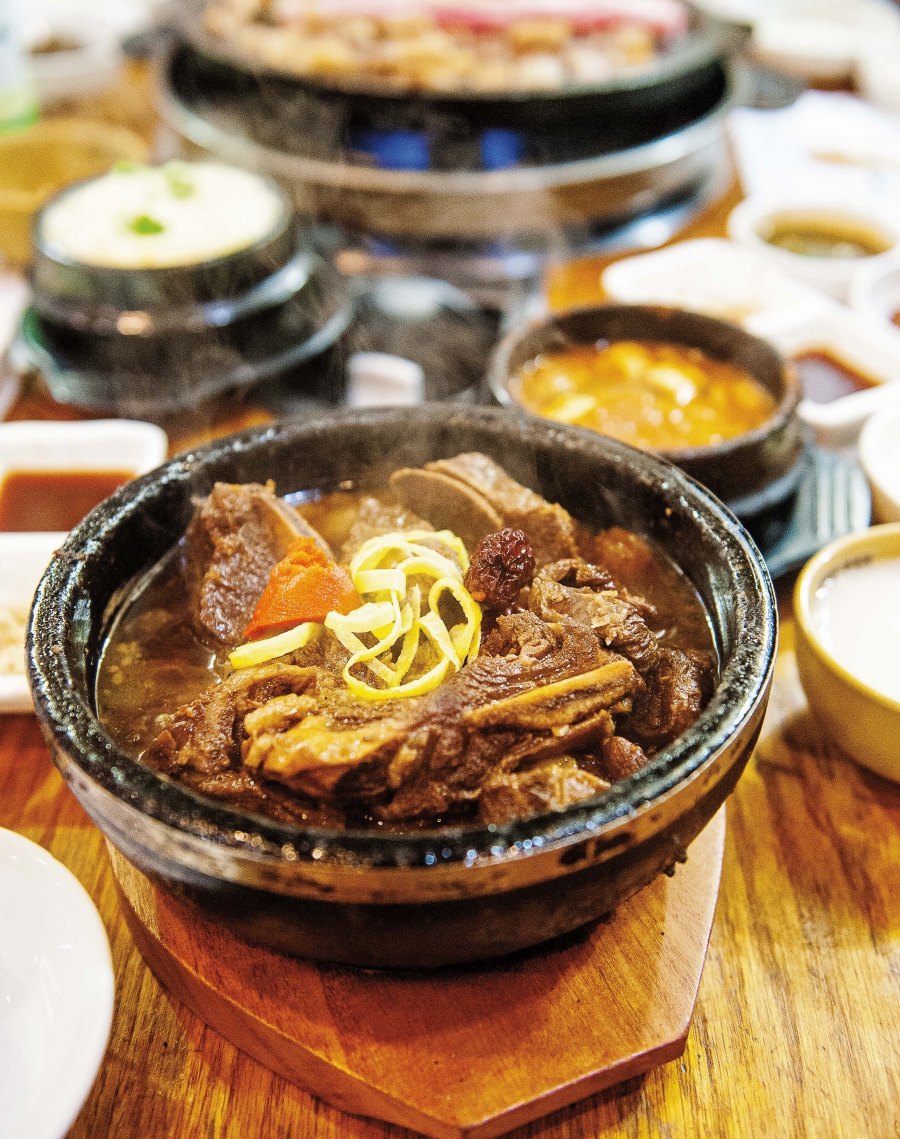 This dish simply speaks to us — a recipe that uses traditional Korean flavors but with a preparation that is wholly American.

The Crock-Pot was invented in 1971 by a Chicagoan named Irving Naxon, whose grandmother grew up eating slow-cooked cholent in her Lithuanian shtetl. With Naxon’s electric slow cooker, a generation of Americans was raised on the culinary principal of “set it and forget it.”

This recipe has been created with just that in mind. After going low and slow for six hours, beef ribs become fall-off-the-bone tender while the vegetables glaze themselves in a robust, umami-rich sauce. There’s natural sweetness from the apples and mirin and a savory edge from the soy sauce. It’s a can’t-miss combination.

For many Koreans, kalbijjim is considered a special-occasion dish, the one Mom makes to celebrate life’s big achievements, like acing that calculus test or being named all state in tennis. This is because short ribs are expensive, especially in Korea. When preparing our version, it’s important to take care with the initial sear on the ribs. Using the proper technique will pay dividends in the end, so fight the urge to flip quickly. If you can plan ahead, we recommend that you make this the day before serving. Refrigeration will allow the fat to solidify at the top, which can then be spooned out easily. Reheat gently and you’ve got yourself a winning dish. And here’s the move: Take it to a party and tell your friends it’s beef stew. They probably will shrug because, really, who brings beef stew to a party? But the stew will be dispersed. Umami will speak. The party will listen.

Here's what to do with those ingredients:

2. Rub the short ribs with the vegetable oil and season with ample kosher salt and pepper. Set a large cast-iron skillet over high heat, and, when very hot, sear the ribs until golden-brown on all sides, 3 to 5 minutes per side. Only sear as many ribs as will fit comfortably in the pan; work in batches if necessary. Resist the urge to turn the meat before every surface has formed a crust. Drain the seared ribs of their fat.

3. Place the seared meat at the bottom of an electric slow cooker. Add the potatoes, onion, carrot and mushrooms on top. Cover with a layer of rice cakes and then pour in the soy sauce mixture and Beef Stock. The sauce may have settled, so give it a good stir before pouring.

4. Cook on the Crock-Pot’s Low setting until the meat is fork tender and falls off the bone, about 6 hours. Serve with rice. ALTERNATIVELY, IF NOT USING A CROCK-POT: If you’re not down with the electric cooker, that is very much OK. Sear the meat in a Dutch oven, drain the fat, and layer in the vegetables, rice cakes, sauce and Beef Stock and bring to a boil. Reduce the heat to very low and simmer gently, stirring occasionally, until the meat is fork tender, about 2 hours.

A note on buying shortribs
Short ribs are expensive, and rightly so: they are delicious and prized for their fat content and ability to get really tender. You can find quality bone-in short ribs at your local butcher shop or any Korean grocery store. Make sure there is a good meat-to-bone ratio; though Korean markets sometimes cut off a portion of the top to sell as boneless short ribs, there should be a thick slab of meat on top, even a good inch or two if you are lucky.