Aquavit in New York is a big-name restaurant that’s flown the flag of Swedish cooking for years.

You can get Swedish food at IKEA — meatballs and the rest — and it’s pretty good.

Or, for a few dollars more (OK, lots of dollars more) you can get it at Aquavit in New York, a big-name restaurant that’s flown the flag of Swedish cooking for years.

For the last couple years, the chef in charge of Aquavit has been Emma Bengtsson. She grew up on the west coast of Sweden, with personal access to the country’s culinary heritage: her grandmother.

"She grew up working on a farm for a family — being their housemaid, cook, doing everything from the scratch," Bengtsson says. "You didn't have supermarkets back then, so you had to do your own butter, and milk the cow, and everything. ... Every time we came to visit, she would have spend days in the kitchen preparing everything."

So to spend time with her, Bengtsson had to be in the kitchen, too. "[I] think that's how I started — eating everything while she was cooking it, [then] actually being able to help out." 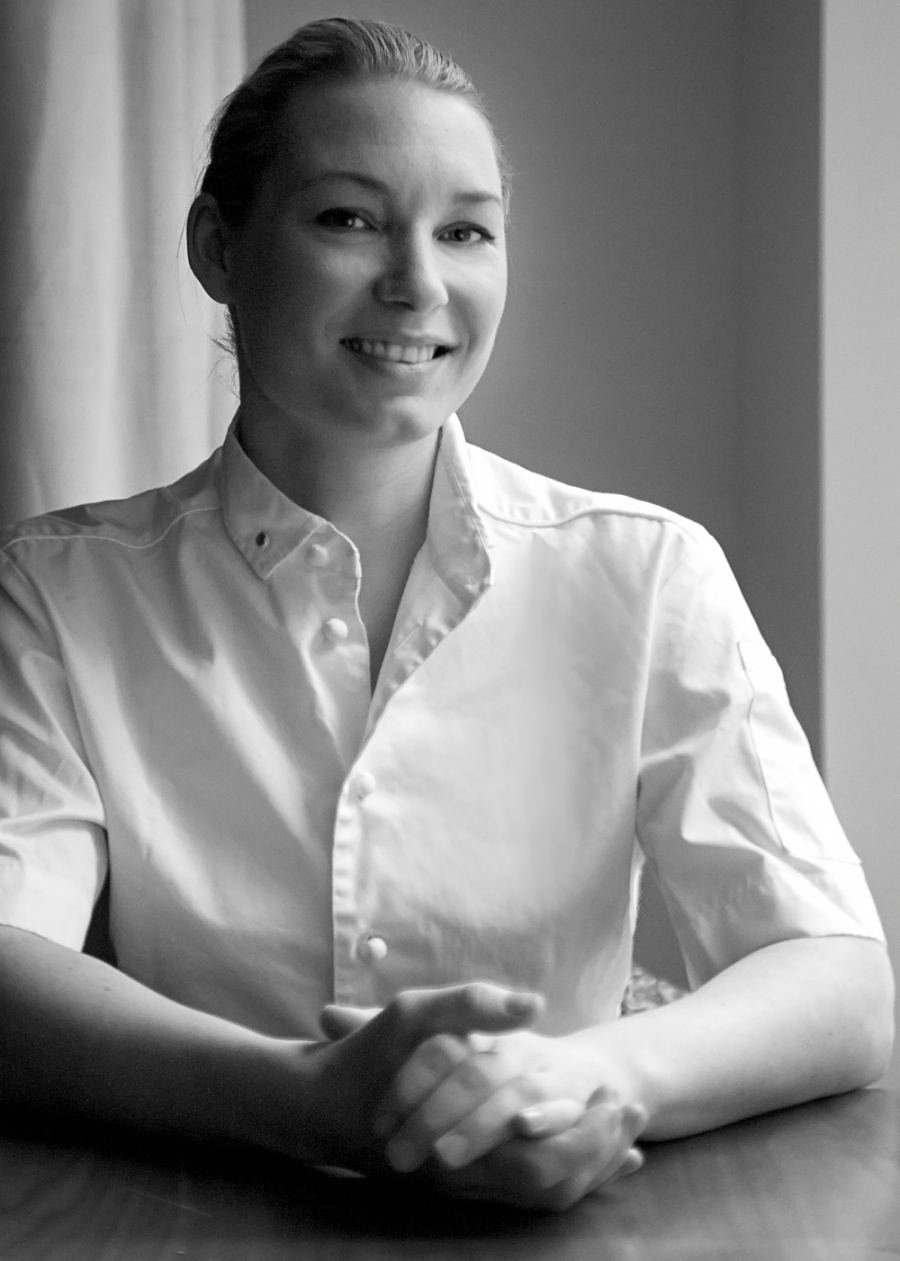 Bengtsson remembers a hearty beef dish, in particular, "with carrots boiled in a lot of butter and salt — the meat itself would spend three days in the oven. You didn't have to use a knife, it just fell apart — it was amazing."

There was an endless supply of desserts, too: Swedish rice pudding, cookies.

"I could just eat non-stop when I was there," Bengtsson says.

Bengtsson remembers how well her grandmother seasoned dishes, never holding back on flavor. It's one of the things she learned from her. But these days, the pressure's all on Bengtsson to create new, special dishes. And that can take its toll.

"Aquavit is one of those restaurants that everyone knows about," she says. "I'm here seven days a week from morning to night, so when I have my days off I want to do things that take my mind off food, just for a little bit."

Dancing is one of those things. She's been doing it for the last five or six years.

"When I learn a choreography or when I'm social dancing with other people and hearing the music, that allows me to shut off the food for a little bit of time," Bengtsson says.

Bengtsson's skills go beyond the kitchen and the dance floor, though. She recently went on a dance trip to Dallas, and her group went to a shooting range.

"I didn't tell them that I used to compete in air shooting when I was a kid," she says. "They were all so concerned because I was the only girl with them. We all did it, and it turned out I got offered a position on the female shooting group if I wanted it!"