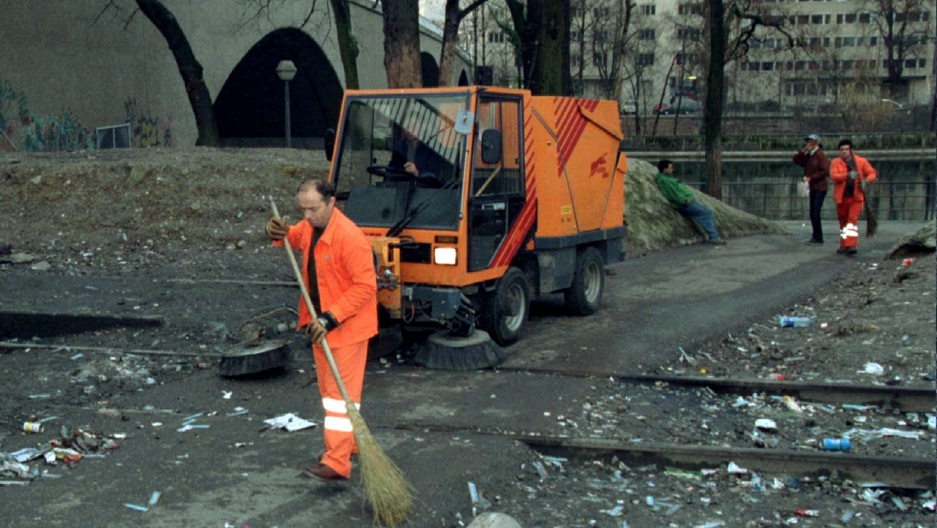 Workers sweep away used needles at Letten station in downtown Zurich in 1995.
Share

ZURICH, Switzerland — Zurich consistently ranks one of the best places to live in the world. But Switzerland’s financial capital was not always so spiffy clean.

In the early 1990s, this city of 400,000 was notorious for having Europe’s biggest open drug scene. And we’re talking hard drugs, like heroin.

These days, new heroin addicts are rare in Switzerland, while other countries like the United States and Australia are witnessing a devastating heroin comeback.

So how did Switzerland succeed, and what can we learn?

It wasn't until the country radically changed its drug policy and pioneered a pragmatic approach to addiction that it was able to really battle its heroin epidemic 25 years ago. The approach even leaned into taboo territory — prescribing heroin itself to heroin users.

Back in the early 1990s up to 3,000 drug addicts a day frequented Zurich’s Platzspitz park, dubbed “needle park” by The New York Times. Switzerland’s largest city had become a magnet for the country’s heroin users, whose numbers skyrocketed from just 3,000 in 1975 to 30,000 in 1992.

Just a short walk from Zurich’s central station, Platzspitz was a melting pot of misery. As some witnesses from the time put it, you could see drug users lying in their own blood and feces, while others were shooting up beside them. The park reeked of the vomit and decay enfolding the camp. Rats were everywhere.

Mark, who is 49 today, was a regular at Platzspitz for several years. He doesn’t want to give his last name because he’s worried information about his past could jeopardize his work.

After a troubled childhood, Mark started dealing cocaine, attracted by the prospect of making quick money. It wasn't long before he became addicted himself. His life spiraled out of control, from what he can remember.

“I don’t really have any memory of the worst times,” he says. “It’s like a hole, I have no idea how long I vegetated in that state.” 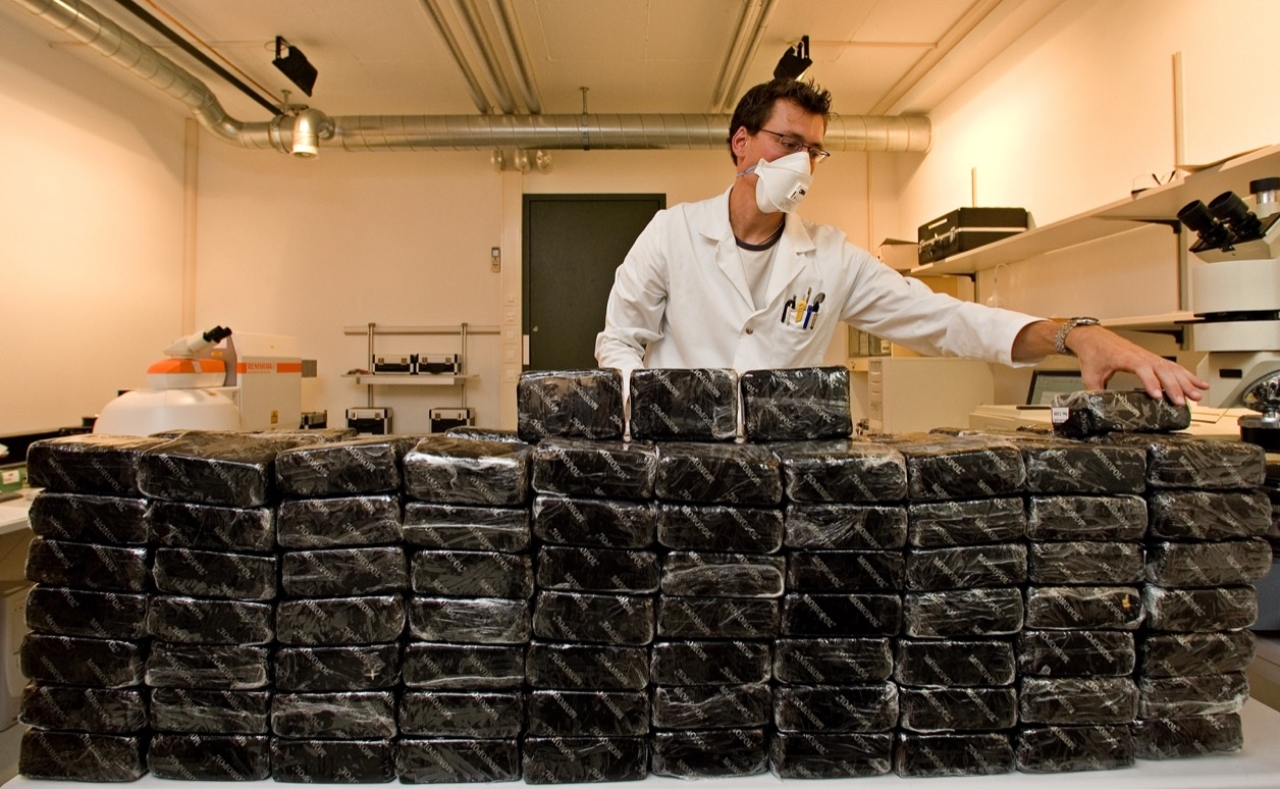 A Swiss police technician inspects confiscated packages of heroin in 2007.

Problems in the park escalated. Drug gang violence was prevalent, HIV spread among users, prostitution was commonplace, and drug-related crimes like theft surged in Zurich. The number of drug-related deaths in Switzerland increased twelvefold between 1975 and 1992.

Officials were short of a consistent answer to the growing problem. Law enforcement staggered at the sheer size of it. The prisons were at capacity.

Then in 1992 the police kicked the addicts and dealers out of Platzspitz park. The destitute crowd dispersed into the city, soon finding new places to convene. The conditions there were no better than at Platzspitz.

“At this point the pressure to find a solution became overwhelming,” says Thilo Beck, chief of psychiatry at Arud Centers for Addiction Medicine, a nonprofit founded by physicians in 1991 that aims to provide drug addicts with adequate therapy.

A young doctor involved with treating drug addicts at the time, Beck was an eyewitness to the situation. “All options had failed. Politicians, the business community and members of civil society were forced to sit together and work together in order to find an answer,” he explains.

More from GlobalPost: Why rich people in Austria want to live in housing projects

Clearly, the policy of policing and prevention hadn’t worked. A new approach emphasized therapy and treatment, efforts that previously had been overlooked. Instead of criminalizing addicts, new policies aimed to reintegrate them back into society.

Here's an example: In 1992 Zurich made methadone available to heroin users who were formerly denied the treatment. Mark was one of the addicts who got therapy and found housing with a social project. “Those programs helped tremendously to get people off the street,” he says.

Just two years later, Zurich became the first place in the world where therapy programs handed out heroin prescriptions to heavy and long-term opiate users for whom other substitutes wouldn’t work.

By 1995 many of the new policies showed success. The support system for drug addicts started to work; police, social and medical services increasingly cooperated. Eventually, Zurich police shut down the last remaining drug camp in the heart of the city.

In a public vote in 1997, the usually conservative Swiss public rejected the adoption of stricter drug policies, legitimizing the new, less punitive approach. In 2008 they finally voted to put the strategies developed in the 1990s into law. 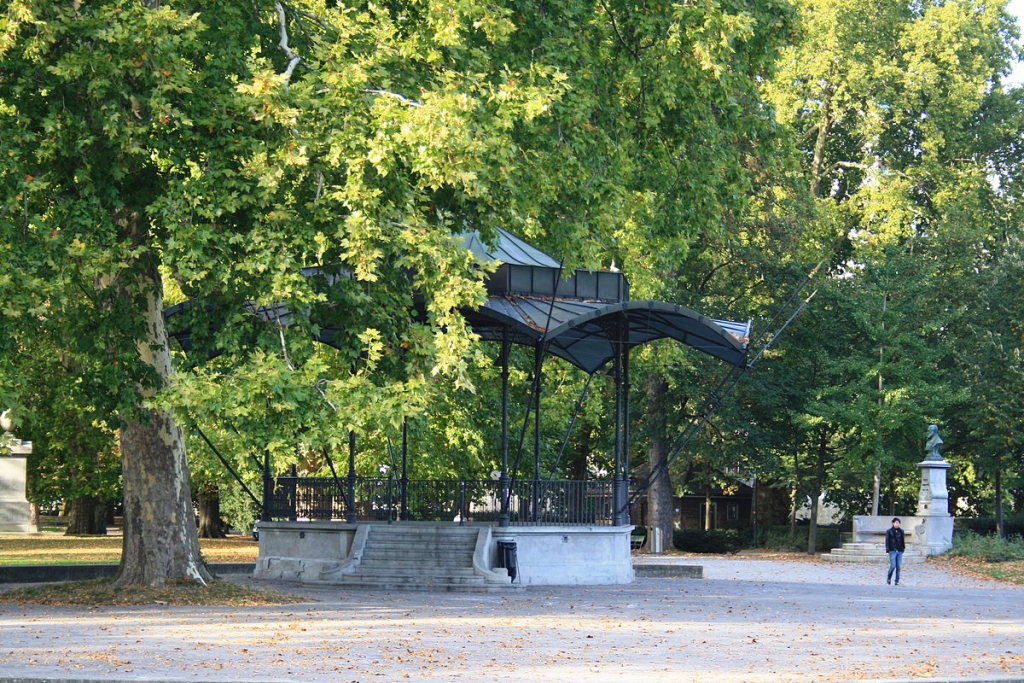 Services like the methadone and heroin substitution programs are still active today. “Almost 70 percent of heroin addicts in Switzerland are in substitution therapy, the highest ratio in the world,” Beck says.

Most substitution patients in Switzerland receive methadone, while about 8 percent — 1,400 patients — receive heroin. Globally, handing out heroin as a treatment drug remains controversial. In Switzerland it’s largely accepted as an effective way to treat some addicts. But few European countries have followed its example.

Most of those in substitution treatment today started using heroin during the drug crisis. “We see almost no new heroin users in Switzerland,” Beck says. “The comprehensive policies Switzerland adopted in the face of the heroin crisis 20 years ago were very important in that respect.”

The fadeout of heroin and the open drug scene in Zurich, however, doesn’t mean all drugs have disappeared. Quite the opposite, says Beck.

“Cocaine use for example has been very high for years. We’ve seen a shift towards illegal drugs that stimulate consumers and allow them to remain highly productive in their daily life.”

Today, Mark from time to time returns to Platzspitz park to sit in the sun during his lunch break.

“I think back remembering how it looked,” he says. “Comparing it with today, it’s like black and white. The horrible conditions, the scum, just everything. If it had continued, I’d be dead today. Considering that, I’ve pulled through this alright.”