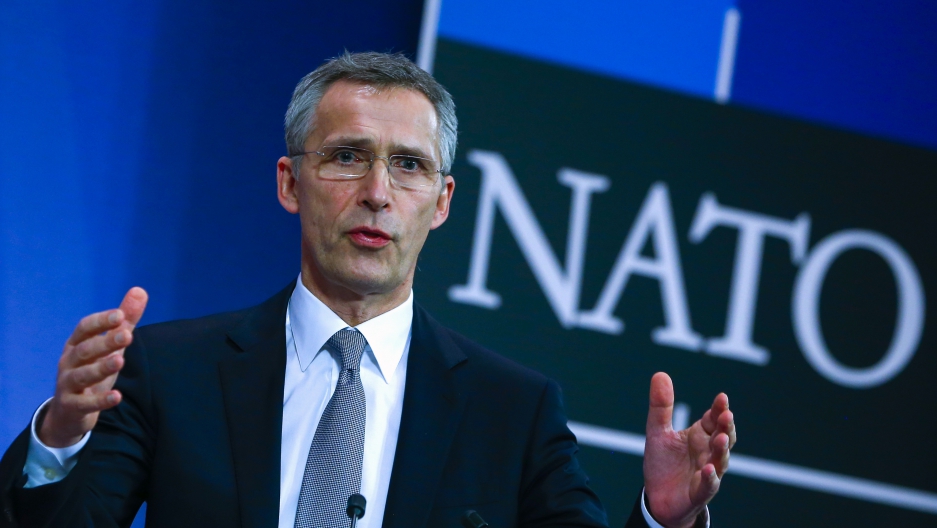 NATO announced Thursday that it's deploying three warships under German command to the Aegean Sea, a primary corridor in the Mediterranean for refugee boats trying to reach Greece and Turkey.

Germany and Turkey requested the NATO operation. Turkey already hosts 2.5 million Syrian refugees and has criticized the EU for pressuring it to accept more, including tens of thousands of Syrians fleeing a Russian-backed regime assault on Aleppo. Germany is also trying to limit new arrivals after taking in more than 1 million asylum seekers in 2015, and German Chancellor Angela Merkel is struggling to contain a public and political backlash against her refugee policies.

But NATO insists that its mission in the Aegean isn't about forcing refugees and migrants back to the countries they're fleeing.

“This is not about stopping or pushing back refugee boats,” NATO Secretary General Jens Stoltenberg said on Thursday. “NATO will contribute critical information and surveillance to help counter human trafficking and criminal networks.”

The alliance hasn't provided many details on how the operation will actually work.

So far this year, 76,000 refugees and migrants have reached Europe and more than 400 have died in the Mediterranean Sea.

If you need reminding about the things these refugees are fleeing, look no further than the Russian-backed regime assault that has been absolutely obliterating Aleppo and surrounding towns this month.

More than 500 people have been killed since the campaign began, according to the UK-based Syrian Observatory for Human Rights, including at least 100 civilians. Tens of thousands more have fled for their lives. Many of them remain stranded on the border with Turkey.

GlobalPost Senior Correspondent Richard Hall traveled to Turkey, where he visited a hospital near the Syrian border. There, he heard stories of unimaginable death and suffering from Syrians who barely survived the assault.

“This is my village. It is completely destroyed,” said one bleary-eyed teen as he flicked through photographs of destroyed buildings and twisted bodies on his phone. He fled his home near the town of Menagh in the face of intensive Russian airstrikes. “This girl was hit by the Russians,” he told Hall, revealing a picture of a young girl with a bloodied face.

That's the plan in Haryana state, where police officials say the slightshots will provide a "civilized" and "cost-effective" way to subdue unruly crowds.

Not according to Abhishek Jorwal, chief of police in Jind district. "Marbles and chili balls won't cause any permanent damage but will pack enough punch to push protesters back," he told the BBC.

GlobalPost's Allison Jackson points out that Jorwal failed to remark on what happens to the human eye when it is struck by a marble traveling at high velocity.