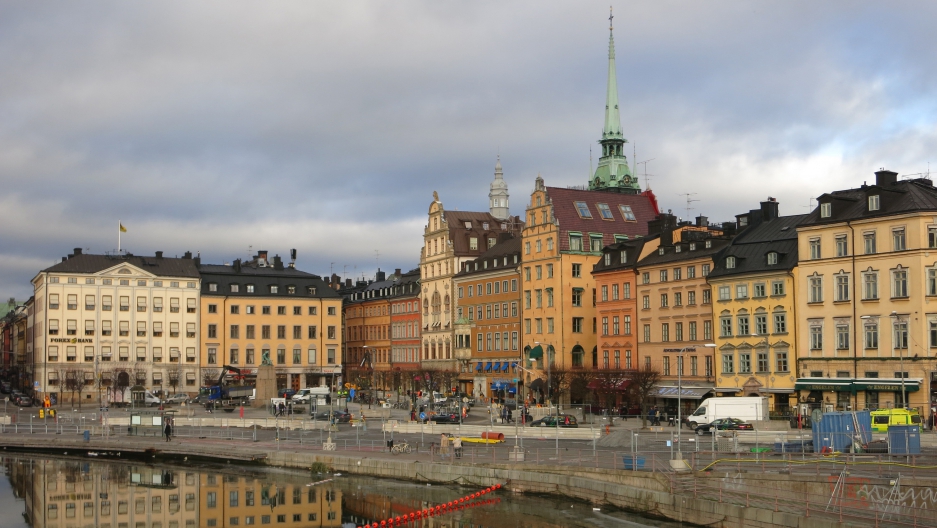 For those of you who watch the presidential debates, you may remember this exchange a few months back between Democrats Bernie Sanders and Hillary Clinton.

Sanders, who calls himself a democratic socialist, said, “I think we should look to countries like Denmark, like Sweden, and Norway and learn from what they have accomplished for their working people.”

Clinton responded, “I love Denmark,” but also largely dismissed the idea of being like Scandinavia. She said we shouldn’t turn our backs on American-style capitalism.

But could a Scandinavian-style welfare state work in the US? Let’s begin with the basics: What exactly does a “social democracy” look like in Sweden?  I started with local bartender Chris Thompson in Stockholm.

Thompson has been in Stockholm for eight years. He met a Swedish girl back in Virginia, moved to Sweden, broke up, met another Swedish girl, and the rest is history. I asked him to explain Sweden’s welfare state through an American lens.

“The fact that I’ve been able to study Swedish for free. I’ve been to the hospital once due to a small choking incident — that cost me $20. Now if I needed heart surgery, or if I needed a piece of meat dislodged from my throat, it costs about the same,” said Thompson.

“The child issue is a big thing. We have been kicking around the idea of maybe going back (to Virginia) for about a year before we have kids, come back to Sweden and have our children. I mean 18-month paid leave is pretty hard to pass up,” said Thompson.

It’s actually works out closer to 16 months, but still. Thompson has to pay super high taxes for all of this, right? I asked how his paychecks in Stockholm and Virginia compare.

“Taxes wise, I haven’t really felt much of a difference on what I’ve been paying back at home in Virginia to what’s going on in Stockholm.” 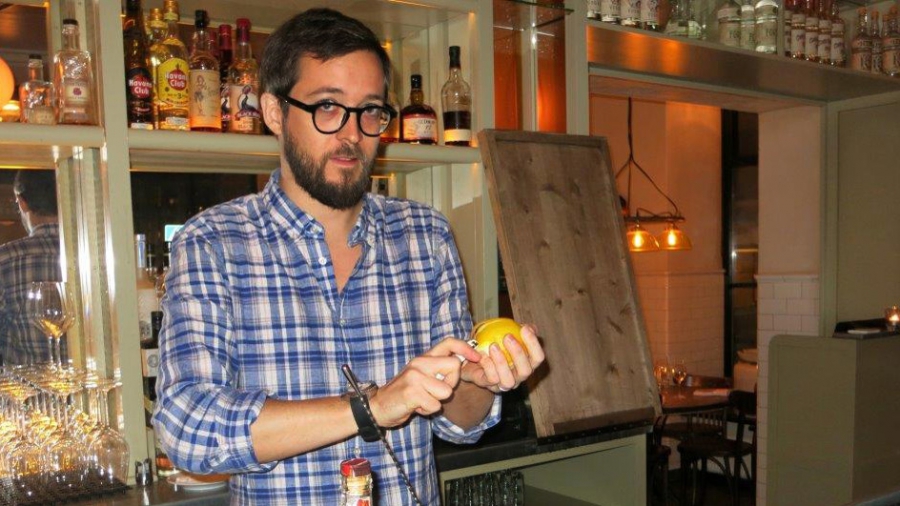 Ex-pat American Chris Thompson tends bar in Stockholm. He praises the generous welfare benefits he receives from the Swedish state.

That’s because the tax rates for middle-income earners in the two countries are pretty similar, around 25 percent. When salaries start to go up in Sweden though, tax rates go way up.

Economist Harry Flam looked up Swedish income tax rates on his computer at Stockholm University. I asked him what he pays.

“For a professor, you would pay 60 percent,” said Flam.

Again, that’s the marginal tax rate, so he’s paying 60 percent on the last dollars he earns. Still, it’s a lot. I asked if he’s OK paying that much?

Show me anybody in the United States who would be "OK" paying 60 percent in taxes. Even Bernie Sanders — his proposed top income tax bracket peaks at 52 percent. The highest marginal rate in the US is currently just below 40 percent.

As an economist, Flam thinks the upper tax rates in Sweden are too high.  But, he and many others I met in Sweden shrugged it off when I asked if they’re paying too much in taxes. Hey, they used to pay a lot more back in 70’s.

“In some cases you would have to pay more than 100 percent in tax, on the margin," said Flam.

That ended after the author of Pippi Longstocking, Astrid Lindgren, wrote a satirical account about an overtaxed author.

“She wrote a small essay, like a children’s story, called Pomperipossa,” said Flam.

The essay helped sparked a national debate that led to a national tax reform. (Lindgren was paying more than 100 percent in taxes because she was paying both income tax and employer’s fees.)

Today, most Swedes don’t get upset about their high taxes because they trust the government said Andreas Hatzigeorgiou, chief economist with the Stockholm Chamber of Commerce.

Here’s the craziest thing I’ve heard in years: “The most popular public agency in Sweden today is the tax authority,” said Hatzigeorgiou.

Each year, Swedes get a text message from the tax authority.

“If they trust the tax agency they will just respond with a ‘yes,’ and your taxes are done. So, no hassle with accountants or anything like that,” said Hatzigeorgiou. “If you don’t have any complicated things that you want to do, it takes you five seconds.”

And Swedes trust the government with their money, too — things work here, the trains run on time.

A downside to all of this efficiency, the upper middle class in Sweden is poorer than in the US. Sweden does have its fabulously wealthy people too, but doctors, lawyers and engineers live a bit more humbly.

So would this tradeoff work in the US?

I asked economists Andreas Hatzigeorgiou and Harry Flam if Bernie Sanders could re-create a Swedish egalitarian system? Or if Hillary Clinton has it right and things just wouldn’t translate?

“I would lean to agreeing with Hillary Clinton,” said Hatzigeorgiou.

Flam said, “We have to remember that Sweden is a small country, the population is very homogenous.”

What about our expat bartender, Chris Thompson? He’s a Bernie guy.

“Feel the Bern! I’m feeling the Bern over here in Stockholm when it’s freezing,” said Thompson.

Same question: Could Bernie Sanders import Sweden’s social democracy to the US?

“I think Americans are a little bit scared by the word ‘socialism’ obviously,” said Thompson. “I think the population is just too much to handle that kind of change.”

I confirmed: Does that mean he’s agreeing with Clinton?

“No. I mean yes… I don’t want to ever say that,” he said seeming to fumble for a way to both support Sanders and be honest with himself.

But perhaps these people in Sweden are being too skeptical. The US is already partly a social democracy. We have socialized medicine for the poor and old, public education and social security. And for those who say wealthy Americans will never pay 60 percent in taxes at the margins, consider this — under Republican President Dwight D. Eisenhower in the 1950s, top-earning Americans paid more than 90 percent.