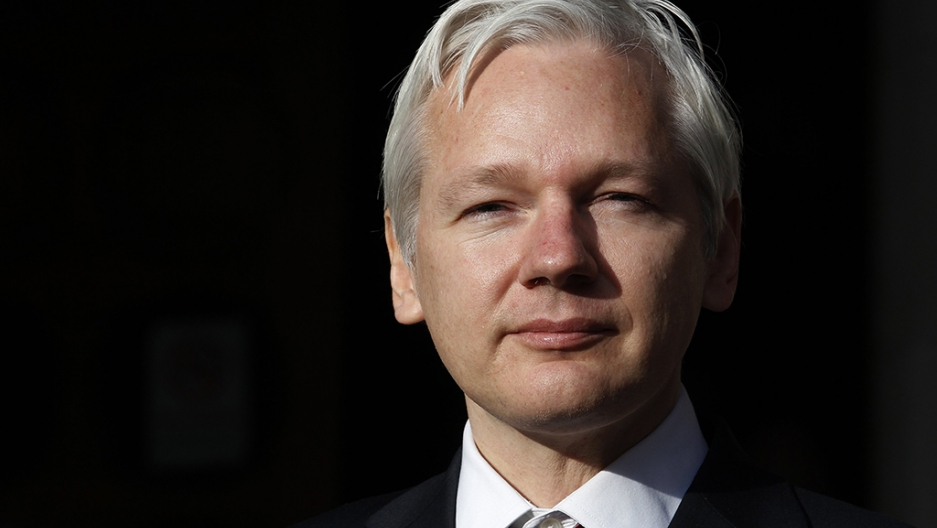 Julian Assange may be smiling today, but he's not quite walking free.

The WikiLeaks founder said Friday that he feels "vindicated," following a UN panel ruling that called his detention since 2010 "arbitrary."

Assange, who’s been staying at the Ecuadorean Embassy in London since mid-2012 to avoid sexual assault charges in Sweden, should also be "compensated" for the years he's lost, the panel said. That's exactly what Assange and his lawyers wanted to hear.

But Britain and Sweden have rejected the ruling and maintain that the panel has no legal force.

Still, there is no doubt the ruling represents a public relations victory for Assange, who argues that the allegations against him are part of a plot to send him to the US to face more charges related to WikiLeaks’ release of classified documents.

Assange may feel vindicated, but he still hasn't left the Ecuadorean Embassy. Yet.

Recent months have seen an unprecedented expansion of China’s power to snatch up detractors across borders.

As GlobalPost's Patrick Winn reports, critics of China’s ruling party have been yanked from various foreign countries as well as the quasi-autonomous city-state of Hong Kong.

Harsh? Yes. Surprising? No. As China looks to solidify its position as a regional superpower, smaller Asian nations find themselves hamstrung to do its bidding. Many regime critics spirited back to the mainland have been from neighboring nations like Thailand and Myanmar.

The hard-learned lesson for Chinese dissidents: If you plan to flee, be like Assange. Flee farther than your seeker's backyard.

Here's a suicide bombing that no militant group is in a hurry to claim: On Monday, a man was reportedly sucked out of a moving aircraft over Somalia after detonating a bomb which, instead of downing the plane, blew a hole in the fuselage — a hole out of which the man was subsequently sucked.

His charred body was found 30 miles north of Mogadishu, in the Balcad area. The Daallo Airlines flight completed an emergency landing after the explosion and all remaining 70 passengers survived the incident.

The Daily Mail is reporting that Al Shabaab is thought to be responsible, but for some reason no one has come forward.

The suspected terrorist allegedly got through security without much trouble because he was in a wheelchair. He then boarded the plane and detonated the bomb about five minutes into the flight. Here's footage from inside the plane, which shows a remarkably calm group of folks, given that, y'know, someone had just been sucked out into the ether!

Not sure which is more terrifying. That airport security didn't feel the need to search a man in a wheelchair, or that someone was sucked out of a moving aircraft and then plummeted to his death. Tough call.