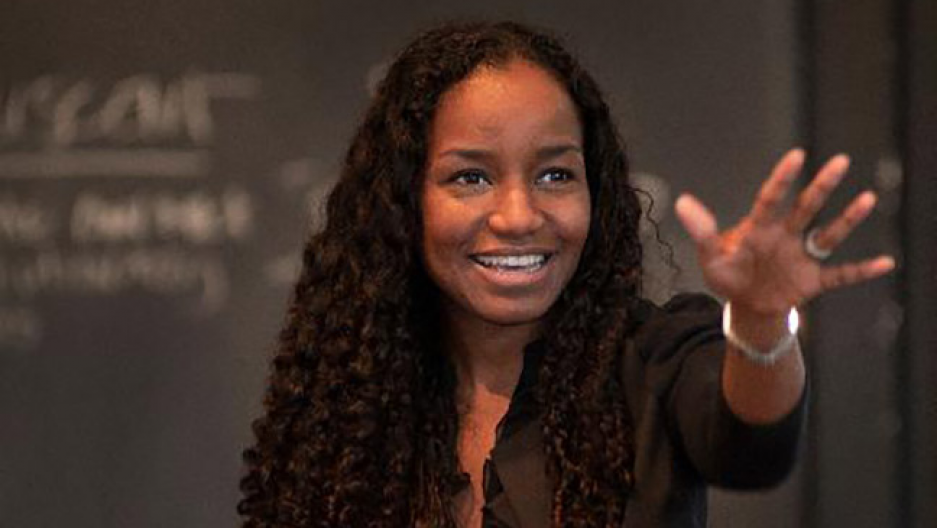 “I know I’m not what people think of when they think of a professor,” says MIT professor Renée Gosline.

I am a small Asian woman. And I am a hard news reporter. It’s been interesting to watch people get used to that over the last 15 years. I surprise people — that’s not their fault. I’m just a combination of elements most people haven’t seen put together in one person before.

Renée Gosline also surprises people. She's an assistant professor of marketing at the MIT Sloan School of Management, and the daughter of immigrants from Trinidad and Tobago.

“I know I’m not what people think of when they think of a professor,” she says. “Sometimes when I’m dressed down ... my own students pass me right on by and don’t recognize me.”

Gosline thinks everyone else should adjust. In this episode of Otherhood, we talk to her and three others who are attempting to help people identify stereotypes, understand their harm and move past them — in very different ways.

Jaimie Casap, Google’s Chief Education Evangelist, thinks we can teach kids to see beyond what people expect from them. As an example, he tells a story about taking a test as a kid that told him he was well suited to be an IRS agent.

“And I remember the teacher saying you probably won’t be an IRS agent, but if you work hard, you probably can get a good city job,” Casap recalls. “It’s those low expectations. And they still happen today.”

Casap is the son of a single mother who came to the US from Argentina. He goes around the country giving talks about how technology can revolutionize education. The Internet can change the way kids see themselves, he says.

“Today a 10-year-old has access to everything and given that, they can see a different world,” Casap says. “Because we have access to so much information, we can create our own expectations of the world, instead of being told what those expectations should be.”

Despite being near the top of one of the most powerful companies in the world, Casap says he still feels like an outsider.

“I want to be an outsider so I can show people that you can be you,” he says. “You can talk about the things that you want to talk about and still be on the inside and be who you really are.”

When more outsiders are allowed to live that way on the inside, Casap says, stereotypes will lose their power.

Gosline wants to take that power away by talking about the advantages of inclusive leadership that begin with the question “what does a professor look like?” It’s an effort she thinks is worth it — because she remembers how easily she could have been deterred from the elite academic path. As a high school student, Gosline didn’t want to apply to Harvard University, but her grandmother made her — because as a young immigrant to this country she adored John F. Kennedy and dreamed her American grandchildren would attend what she called “JFK’s school.”

Gosline keeps a photo of her grandmother sitting at the desk in her first Harvard dorm room. That moment is why Gosline keeps trying to tell people the answer to the question “what does a professor look like” has changed. Now, a professor looks like her. And they shouldn’t be surprised.

Otherhood is a podcast  hosted by Rupa Shenoy about the people who came to the United States as children or are the children of immigrants. Share your thoughts and ideas @OtherhoodPod. Is there a question you wanted answered in this story? Let Rupa Shenoy know. Subscribe to the Otherhood podcast here.