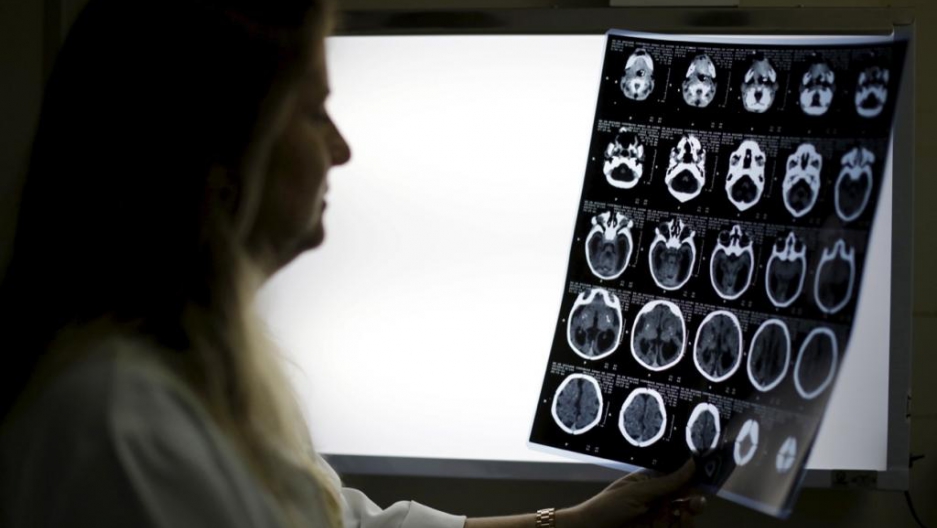 Brazilian doctors at the epicenter of the Zika virus crisis say that the number of suspected cases of microcephaly, a birth defect linked to the virus, peaked at their hospital weeks ago and has declined significantly since then.

The four maternity care doctors interviewed this week work at the IMIP maternity and children’s health center in the northeastern city of Recife. It's one of the two main hospitals in this city where there have been increased reported cases of microcephaly, in which a baby develops with a smaller-than-normal head.

At the end of last year, the doctors say, they saw a sudden spike in reported microcephaly cases. But in January, cases of the birth defect decreased substantially. A hospital spokeswoman confirmed the increase and subsequent drop.

Hospital officials and physicians said they could not provide specific statistics, but all spoke confidently about a downward trend they are noticing.

What they're observing in Recife could be a trend across the northeastern state. On Wednesday, the health secretary of Pernambuco state, of which Recife is the capital, issued a new bulletin showing a downward trend. Weekly cases of microcephaly reported in the state peaked at 194 at the beginning of last November. Last week, just 34 cases were reported statewide.

This trend could mark an unexpected shift for health problems that have been raising international alarm.

On Monday, the World Health Organization declared Zika a global health emergency. The organization warned that Zika is “spreading explosively” across the Americas, and that experts strongly suspect that the mosquito-borne virus in pregnant women can cause microcephaly in infants, though the link is not yet scientifically proven.

Brazil’s Health Ministry estimates between 500,000 and 1.5 million people are infected with Zika in the country, but a ministry spokesman cautioned that this is just a rough estimate.

Doctors at IMIP say many of the cases referred to them have been misdiagnosed, and that the number of Recife’s confirmed microcephaly cases are likely to be far lower than initially expected.

On top of that, finding out if those cases were caused by Zika is really complicated. The virus can only be identified by time-consuming lab testing. And it's expensive.

This trouble is clear in Pernambuco, which registered almost a quarter of the more than 4,700 suspected cases of microcephaly nationwide reported to the Health Ministry since October 2015. Sprawling, underdeveloped Recife is considered to be the epicenter of the Zika crisis, and is being watched very closely as a signal of what may be to come elsewhere.

“There was a big increase in the cases of microcephaly referred to us in the final months of 2015 — many more cases than normal,” says Dr. Raiane Negreiros, a doctor of fetal medicine at IMIP. “But now it is decreasing. Without doubt, it is decreasing.”

Dr. Andre Callou, a resident physician in IMIP’s maternity department, agrees that cases have dropped off significantly. He says it’s likely that pregnant women here have been taking greater precautions not to get infected with the Zika virus. By using repellent and covering up, fewer women are becoming infected, which could mean fewer cases of microcephaly, he says.

But Dr. Negreiros says there has also been a trend of “super-notification” of microcephaly by clinics and doctors in Recife. The region’s pre-natal doctors have been spurred into reporting every single case where a child has a small head, she says, but many cases referred to her hospital have turned out to be babies developing perfectly normally.

GlobalPost drew attention to problems Brazil is having in accurately reporting microcephaly last week. The medical body responsible for monitoring birth defects in Latin America released an eye-opening report in December that raised doubts about the scope of Brazil's Zika outbreak and related health problems. The report says the spike in the number of reported microcephaly cases is likely due to over-diagnosis, driven in part by intense media exposure.

The doctors at IMIP in Recife say they have seen several cases of babies exhibiting the symptoms that could be connected to a viral infection like Zika in the womb — small heads and other abnormalities of the brain and joints. Those cases are currently being investigated for their possible connection with Zika, the doctors say.

Complicating matters is the fact that Zika is notoriously difficult to diagnose, especially in newborn babies. The virus results in similar symptoms to other mosquito-borne diseases, including dengue fever and the chikungunya virus.

Dr. Negreiros cautioned that the recent decrease in suspected cases of microcephaly doesn’t mean Recife, or Brazil, is home free. With the onset of the rainy season, and a link between Zika and birth defects still being investigated, women of childbearing age should still be extremely careful not to be bitten by mosquitoes, she says.

It is also possible that toward the end of this year — nine months after the rainy season — Recife could see another spike in microcephaly diagnoses, she says.

Dr. Callou puts it differently. Asked if women in Recife or other communities should be worried about the connection between Zika and microcephaly, he had some advice.

“If you’re asking for my opinion — should your wife get pregnant right now? I’d say no,” he says.

This story is crossposted from our partners at GlobalPost. A previous version of this story misstated the number of microencephaly cases in Brazil.