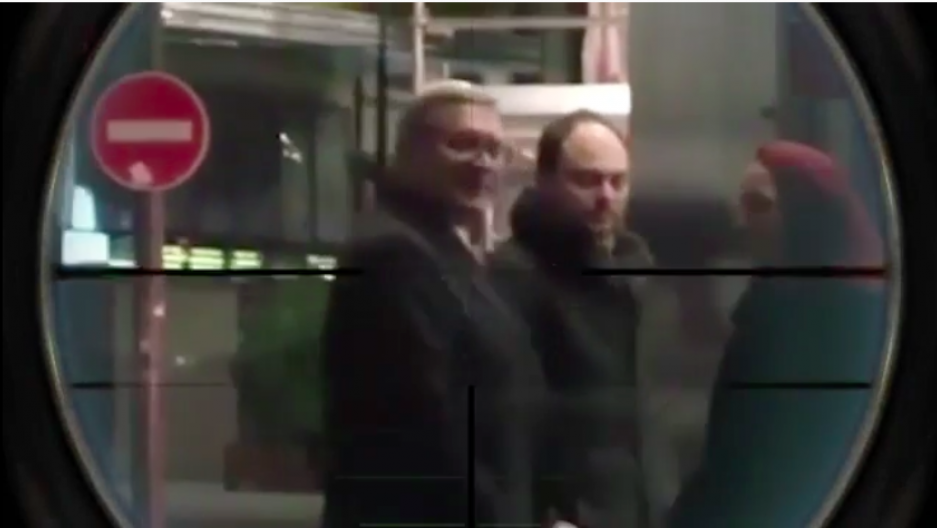 Just when it seemed Chechnya’s unhinged leader could not get any scarier — he did.

Ramzan Kadyrov, the burly, 39-year-old head of the Chechen Republic, has been accused of all kinds of intimidation and abuse of his own enemies and those of his ally President Vladimir Putin.

Now, it looks like he’s openly threatening critics with death.

Human rights activists are calling on the Kremlin for an immediate response to an Instagram video Kadyrov posted Sunday that appears to aim a sniper’s scope at two prominent Russian opposition leaders.

Part of the caption reads: “Those who didn’t get it before will understand it now.”

The two men targeted in the video — Mikhail Kasyanov, a former prime minister, and democracy activist Vladimir Kara-Murza — are respected liberal figures who are well-known within Russia’s anti-Kremlin circles. They were in France attending a Council of Europe hearing on the investigation into the 2015 murder of their colleague, Boris Nemtsov.

“I’ll take that as a direct threat of murder,” Kasyanov said of the video on Monday in a Facebook post.

Like many Putin supporters, the Chechen leader shares the view that the political opposition in Russia are puppets of the United States and Europe bent on overthrowing the government, a line state-friendly media regularly promote.

In fact, the original video — without the crosshairs — appeared to come from a report by TV network LifeNews, alleging the men were abroad collecting money for the Russian opposition. Russian opposition activists regularly dismiss claims that they're being sponsored by foreign governments.

The crosshairs video is only the latest in a recent string of frightening threats by Kadyrov and his associates against human rights activists and critical journalists in Russia, whom he's called “jackals” who must be “punished.”

The Committee to Protect Journalists (CPJ) even wrote an open letter last month to Putin about it, urging him to condemn that sort of talk. That seems unlikely, given Russia’s long history of political repression.

The Kremlin has relied on its loyal Chechen strongman to stamp out an Islamist insurgency in the North Caucasus. Kadyrov has grown more and more brazen, particularly in wild social media posts.

Alexei Navalny, Russia’s most popular anti-Kremlin activist, claimed Kadyrov’s tirades are actually sanction by the Kremlin in a calculated bid to squash dissent.

“They need to be frightened, pushed out of the country (or forced to think about emigration), and convinced that opposition activity carries a real risk to their lives,” he wrote.