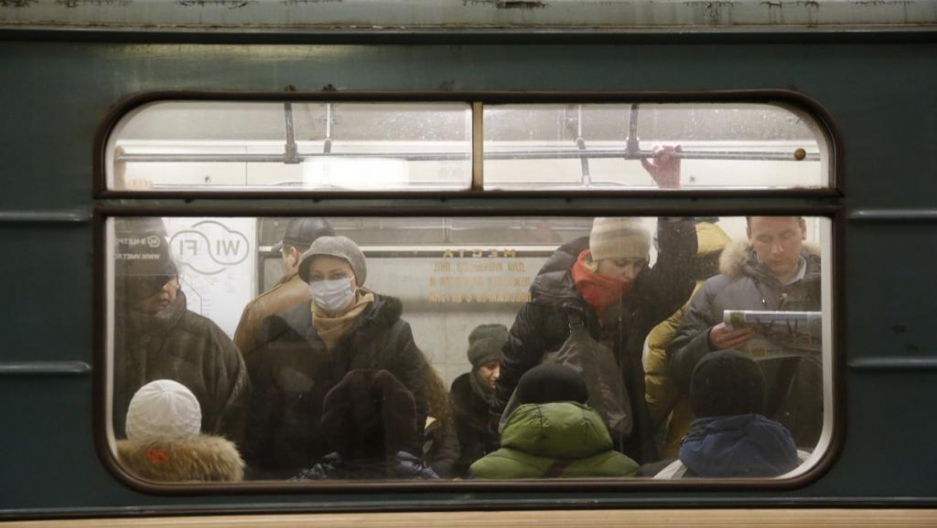 A woman wearing a face mask on the subway in Moscow, Russia, Jan. 28.

Most of the Western world may be watching the new Zika virus, and with good reason: It’s spreading fast and it may be causing severe birth defects.

But in Eastern Europe, it’s swine flu that’s commanding attention, killing scores of people across the region and making authorities tell the public not to panic.

Swine flu — remember that? Also called H1N1, it's the strain that became a pandemic in 2009 and claimed tens of thousands of lives around the world. Well, in Eastern Europe, it’s back.

On Tuesday, Ukraine’s health minister declared a flu epidemic after 83 people died since late last year. Almost 85 percent of the fatal cases were blamed on H1N1, the ministry said.

Worse still, the virus has reportedly hit rebel-held eastern Ukraine particularly hard. The region is under the control of Moscow-backed separatists and largely cut off from quality goods and medicine.

In Russia, meanwhile, at least 50 people have died from swine flu in the past month, according to Agence France-Presse. Officials in both Moscow and St. Petersburg have declared city-wide epidemics.

Armenia, a small country in the Caucasus region, has had 18 flu-related deaths since the beginning of the year.

But here’s the thing: Experts say this trend isn't so unusual.

Since the 2009-2010 global pandemic, swine flu has become a seasonal sickness that can be prevented by the right vaccination. The World Health Organization (WHO) says there’s no danger of a new pandemic.

“The difference is that one year, one virus might be predominant and another year, the other virus,” said Dr. Caroline Brown, a Europe-based WHO expert. This year, she says, the H1N1 strain dominates over H3N2, another common virus.

But unlike H3N2, swine flu typically targets healthy young adults, instead of just the elderly and infirm, a fact that gets H1N1 more attention.

Brown added that the WHO hasn’t seen anything out of the ordinary so far, and her organization expects to see cases build up across Europe this season.

Still, this year’s outbreak is unsettling some local populations — people have been wearing face masks on the streets and other public places. It’s even sparked some paranoia: One Russian parliamentarian suggested this winter’s flu in Russia was planned by the United States.