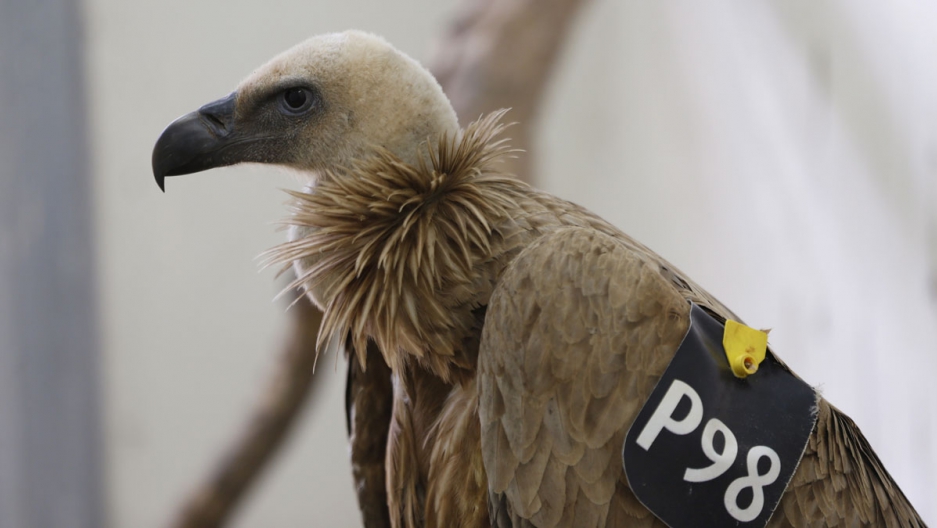 A Griffon Vulture is seen at the veterinary clinic at the Ramat Gan Safari Zoo, near Tel Aviv January 29, 2016. The vulture from an Israeli nature reserve with an Israeli identification ring and location transmitter was captured by residents of the south Lebanese town of Bint Jbeilon on suspicion of espionage after flying across the border.

A strange bit of news made its way out of the Middle East this week. Lebanon had detained a griffon vulture on suspicion of espionage. The bird was tagged for tracking by Tel Aviv University, but the GPS transmitter apparently raised suspicion this Mossad agent bird was up to no good.

Strange as it might seem, this is hardly the first time an animal has been accused of spying, let alone an Israeli animal.

Iran arrested two pigeons hanging around a uranium enrichment plant in 2008. They gave a confusing description of birds "bearing a blue-coated metal ring, with invisible strings," declining to provide any additional details. They claim the rings and strings are some sort of communication device. No word on which country the birds are loyal to. The pigeon's whereabouts are unknown.

A pigeon with numbers on its tail was captured by Indian police on suspicion it was working for Pakistan. Police x-rayed the poor bird, booking it as a "suspected spy" according to The Guardian. “Nothing adverse has been found, but we have kept the bird in our custody,” senior police superintendent Rakesh Kaushal told local media. The pigeon's whereabouts are unknown.

In 2007, Iran took hostage 14 foreign squirrels who were attempting to infiltrate the country with 'spy gear,' according to state news, though no photos were ever released. As a former CIA agent told NPR, "No, it's complete idiocy. You can't use squirrels for espionage." The squirrel's whereabouts are unknown. 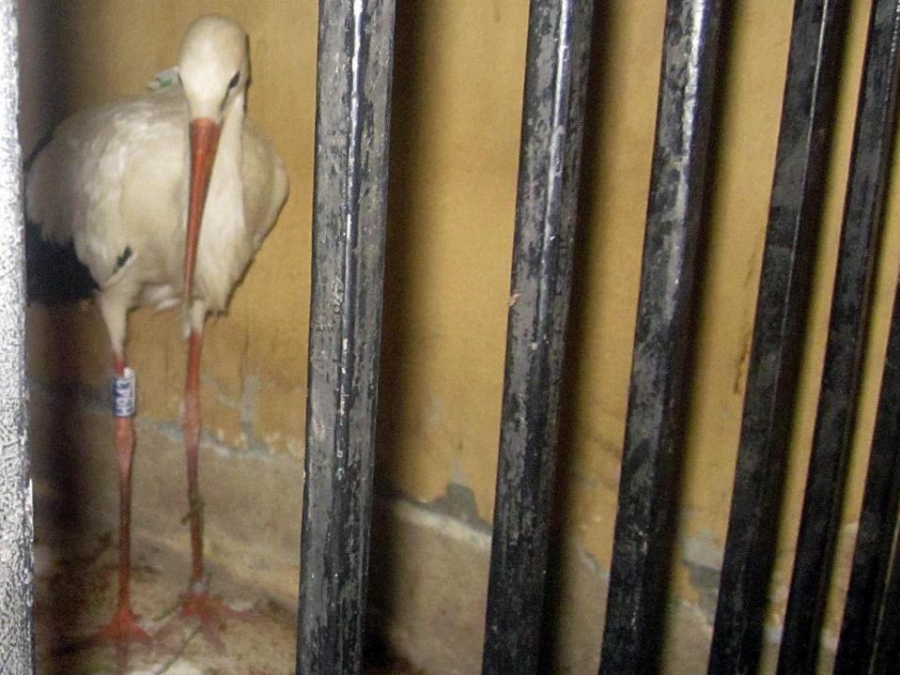 A French "spy" "duck" in custody in Egypt.

Several alert Egyptian citizens alerted authorities to what was reported as a 'spy duck' with a surveillance device, or bomb, on its back. Authorities arrested the bird, a French research subject. When a veterinarian established the device was, in fact, a tracker, and the bird was, in fact, a stork, police moved to release the bird. The stork's whereabouts are unknown, but last anyone heard, the stork was waiting for the prosecutor to sign off on its release. But that's not the strangest animal accusation Egypt has made...

Summer of 2010 saw some fairly high-profile shark attacks in Egypt, including the death of a German tourist. Instead of accepting that sharks live in the sea, the regional governor suggested the Mossad was behind the shark attack as a form of economic warfare against Egypt. The shark's whereabouts are unknown.

In another case of Israel supposedly coopting wildlife, a dolphin was acting fishy off Gaza, and attracted the attention of Hamas's Qassam Brigade Naval Commandos. Upon investigating, they found what was described as "a murderer" of a dolphin, equipped with a surveillance package. As usual, no photos of the dolphin nor its equipment were released. The dolphin's whereabouts are unknown.

In 2012 another bird tagged for research by an Israeli university was captured, this time in Sudan. Again, it was found to be, well, a bird, and sent on its way. At the time, Israel was 'operating' at least four other birds in the skies above Sudan. The vulture's whereabouts are unknown.

Readers, help us out: Did we forget any animals accused of spying? Let us know in our comments section.