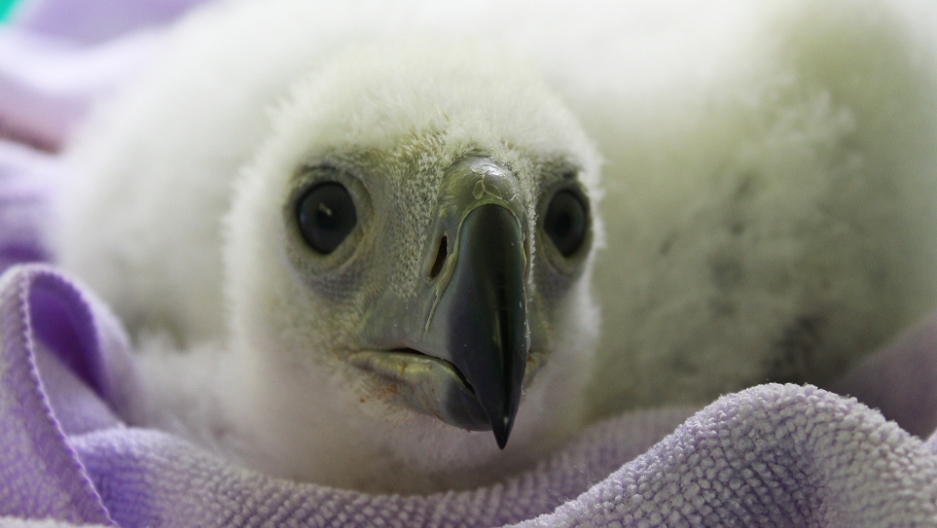 BANGKOK, Thailand — Imagine a winged creature, big as a 4-year-old boy, with daggers for claws and an appetite for monkey flesh.

That’s a fair description of the Philippine eagle, one of the largest and deadliest birds on the planet.

Also known as the “monkey-eating eagle,” it can size up macaques, which are as big as cats, and snatch them into the air. When monkey meat won’t suffice, the eagles can kill and devour a 30-pound deer.

But the Philippine eagle is proving unable to fend off a more vicious primate: human beings.

As business interests mow down jungle habitats for timber and mining, and hunters shoot the creatures for sport, one of the world’s largest flying predators is tilting toward extinction.

In December, good news for the species arrived in the form of a newborn eaglet. Hatched at a conservatory in the Philippines, where the eagle is beloved as the national bird, the baby’s birth signaled hope for a species that has dwindled down to roughly 500 adults surviving in the wild.

“It’s very healthy and doing well,” says Anna Mae Sumaya, curator of the Philippine Eagle Foundation. The center has struggled to coax pairs among its 34 eagles to mate. The ultimate goal is to release human-raised eagles back into the jungle.

Born to mother “Go Phoenix” and father “MVP Eagle,” the eaglet’s name is simply “Chick 26” for now. “It’ll grow to be a big bird,” Sumaya says. 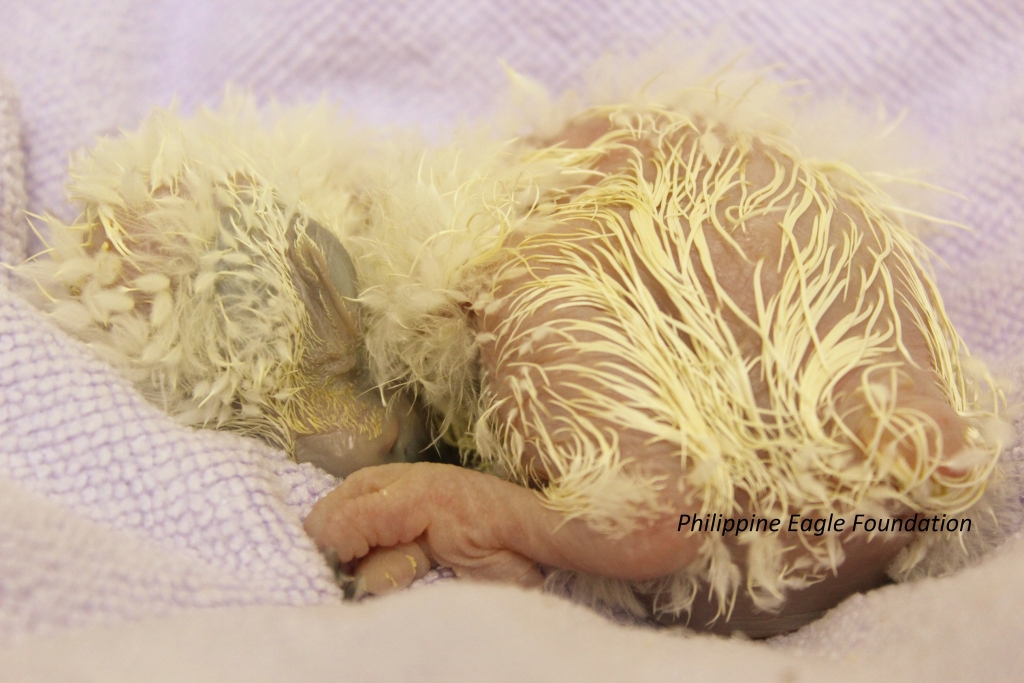 This birth, however, is a dim light amid a litany of unnatural deaths.

Despite stark warnings from the government, which threatens more than a decade in prison to anyone who kills a Philippine eagle, hunters keep blowing the critically endangered birds out of the sky.

Last summer, the foundation returned a Philippine eagle named Pamana to the wild after mending its wounds from a gunshot. Within two months, the eagle’s body — shot through the breast — was found dead on the jungle floor. According to the foundation, bullets are responsible for roughly nine out of 10 Philippine eagle casualties.

“The main threat is still hunting,” Sumaya says. “Sometimes the hunters say it was accidental but I think they’re trophy hunting.”

Their loss is doubly regrettable since the eagle — which only exists in the Philippines — serves as a source of national pride and helps symbolize Filipino efforts to conserve nature.

In its home country, the bird is widely known and revered. When newly crowned Miss Universe Pia Wurtzbach was recently asked by a CNN anchor what animal she’d like to be, the Filipina replied: “Philippine eagle, very strong!” 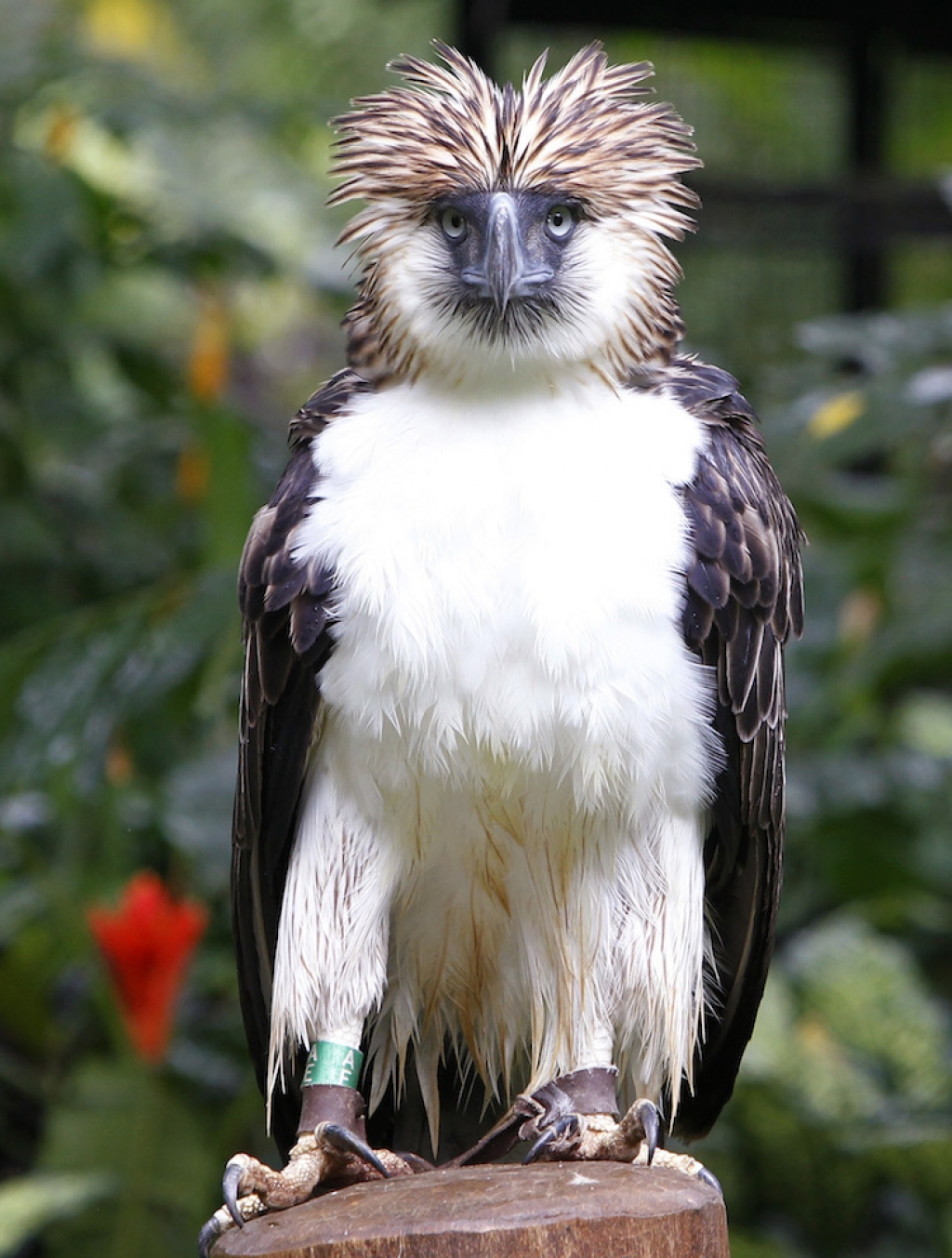 As the species’ population plummets, some of the only Philippine eagles protected from hunters are the birds living at the foundation. In captivity, eagles are deprived of their signature meal: the long-tailed, fluffy-faced macaque.

“We don’t feed them monkeys here,” Sumaya says. “We raise our own food: rabbits, guinea pigs and white rats. The eagles are pure carnivores.”

It’s unclear whether Chick 26, still tiny and covered in cottony down feathers, will ever get the chance to sink its pointy talons into a monkey’s back. For now it’s still eating the equivalent of eagle baby food: a half-pound of liver and ground quail meat per day.

More from GlobalPost: Islamic clerics declare fatwa on poachers in Indonesia and Malaysia