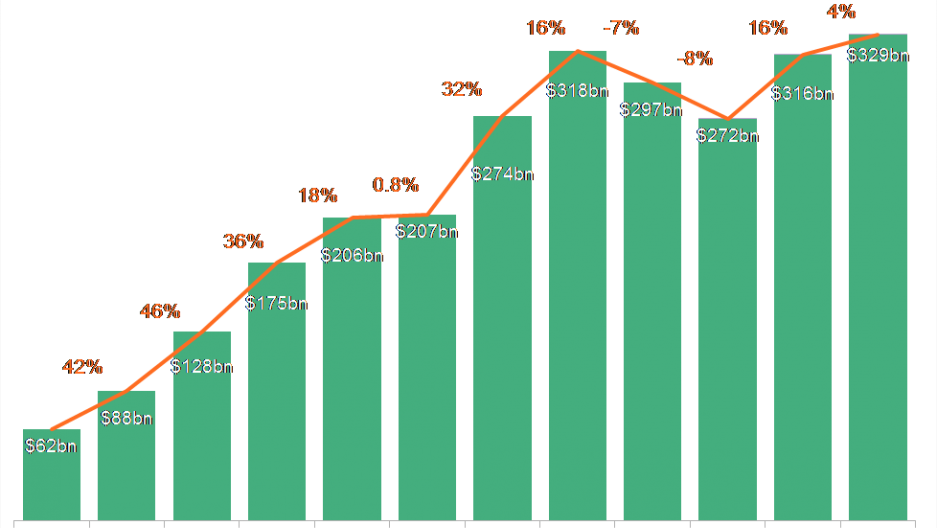 But seemingly counterintuitively, renewable energy investments were at record highs in 2015, climbing 4 percent to nearly $330 billion worldwide according to a recent report from Bloomberg New Energy Finance.

"People are beginning to appreciate that actually, the renewables revolution will go on even if oil, coal and gas keep on getting cheaper," said Bloomberg New Energy Finance senior analyst Angus McCrone. “I think it certainly marks a change from around the 2007 period, where people equated interest in renewables with high oil prices and saw the two as very much hand-in-glove."

Oil doesn’t compete directly with renewable energy in most places, outside of a small number oil-fired electricity plants in places like the Middle East and Africa.

Natural gas and coal are more direct competitors to solar and wind, but even price drops in those energy sources haven’t slowed growth in the renewable energy sector.

Renewable energy investments were the highest last year in China, with a 17 percent increase over 2014, followed by the United States.

Increasingly, however, interest in renewable energy is broadening out among developing countries.

“One of the really exciting developments we’ve seen over the last few years has been the spread of wind and solar to more and more emerging markets in the world,” McCrone said.

South Africa, Chile, Turkey, Thailand, Morocco and Uruguay were among the countries that spent more than a billion dollars on renewables in 2015, according to the Bloomberg figures.

In 2016, McCrone is looking at Pakistan, Egypt, Vietnam, Indonesia and the United Arab Emirates as contenders to pass that $1 billion investment mark.

Developments in renewable energy technology are driving the cost of solar and wind down, which is a big part of the reason why new projects are increasing.

McCrone also points to a desire for energy security in the midst of fluctuating oil prices, the need to clean up polluted mega-cities like Beijing and Dehli, and the relative speed of adding new capacity with renewables as reasons why 2015 investment numbers were so high.

“If you’re a developing country and you want to install some generating capacity quickly to meet increasing electricity demand, then you can build a wind farm or a solar plant much more quickly than you can a coal-fired power station,” McCrone said.

“A lot of development banks and also commercial banks are kind of reluctant now to invest in coal-fired power stations,” McCrone said. “It looks bad in terms of their own environmental obligations, and there are risks. If regulations change, will they actually get their money back.”

McCrone said the Paris climate agreement finalized in December probably will not have a big impact on renewable energy investment until after 2016.

“There’s a strong momentum here,” McCrone said. “Climate change is part of that, but economics is a really strong part of that as well. As the cost of generation for renewables has come down so much over the last five years, and they’re still developing technologies, so those costs will come down even more over the next 10 years.”