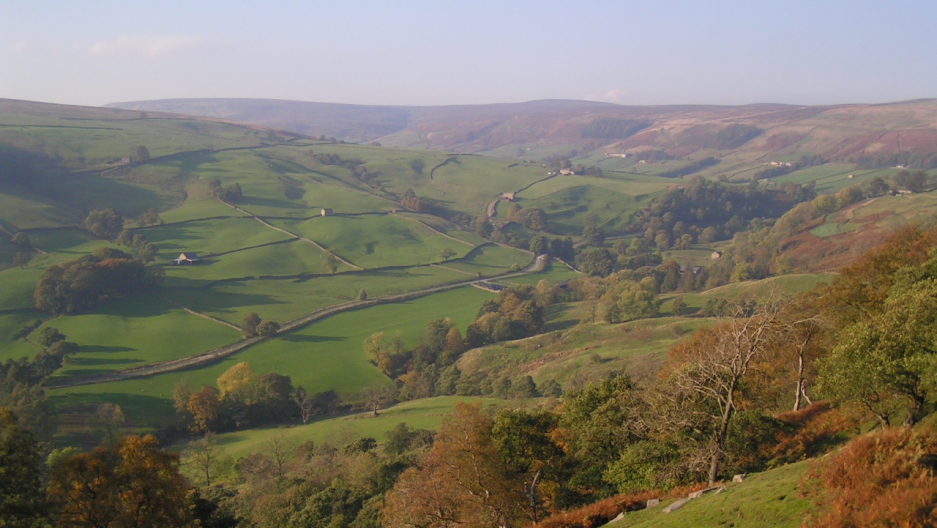 The English countryside exerts a powerful pull on readers of a beloved children's novel.

I don't remember now whether I ever read The Wind in the Willows when I was a kid, but I grew up feeling as if I had.

I knew it was about animals who lived along a riverbank and loved messing about in boats. My scientist father, a Yorkshireman who moved to the United States at the age of 33, referred to it often.

He too, liked messing about in boats. I learned early that boats were serious business. Once when I was small he took me out on a friend's sailboat and we ended up floating about in Cape Cod Bay for hours after the wind died and a thick fog moved in and day turned into night. Someone found us eventually and towed us back to the harbor. I remember during a sabbatical year in Switzerland, Dad staggering half-frozen off a sailboat on Lake Geneva, after battling back to shore against a fierce wind.

Back in the States, I remember the canoe project that took over our basement for months, the smell of canvas and resin permeating the household. After the canoe, there was a Sunfish, a small motorboat, and a 21-foot sailboat called a Venture, with berths for the whole family. We never did any overnight trips, though. Dad wasn't expert at boats. He just liked messing about in them.

A couple of years ago my family and I visited my father and his wife for a summer weekend. We arrived late on a Friday. They had laid out a feast, including steamed mussels, one of his favorite dishes. My daughter Annie was 10. She sat opposite her grandfather at the table. It was a festive and pleasant meal, full of laughter and catching up and good wine. They live in an old farmhouse perched on a rise with a lawn that sweeps down to a pond and some woods. At night, with an outside light on, the land is mysterious, the grass fading away into darkness. But we were happily inside, gathered by candlelight.

I don't know how we got on to The Wind in the Willows, but I suddenly realized my father was telling Annie what happens when Mole goes off alone to explore the Wild Wood.

Perhaps he had asked her if she had read it yet, and when she replied that she hadn't, he launched into his favorite part. He wasn't just summarizing the plot though, he was narrating it. He was in the Wild Wood. And he had taken Annie with him. She was rapt. She leaned forward, her eyes locked on his, as Mole gets lost and terrified and finds refuge in the hollow of a tree, and Rat goes after him and eventually finds him. Mole is so exhausted he begs to take a nap before they start out again, and by the time he wakes up it's snowing. They set out anyway and get lost anew in the snowstorm.

As the drama intensified, grandfather and granddaughter seemed to fall into a trance, as if they were in some magical storytelling machine that had left the mortal world behind. They were transfixed by each other, and the rest of us were transfixed by them. Their faces lit by candlelight, bent toward each other, Dad's animated with the telling, Annie's suspended with the listening. I don't know how many minutes went by as the two friends stood down the dangers of the Wild Wood. Eventually Mole trips and cuts his leg on what turns out to be Badger's door scraper. Rat is ecstatic because he realizes where they are. The animals dig frantically through the snow to uncover first the doormat and then the door itself. Finally, frozen and exhausted, they manage to raise Badger from his winter slumber and get themselves invited into his warm and food-laden lair.

When my Dad finished, there we all were, in our lair, sated with food and story, calamity resolved, refuge secured, and a narrative handed down to a new generation. I loved my father fiercely in that moment, for tapping Annie's fears and then soothing them with a tender resolution. I don't remember my Dad telling his own kids that story, certainly not in that way, although he often read to us in bed when we were little.

I think his love of The Wind in the Willows burgeoned over a lifetime. It turns out he owns multiple copies. It was the first book he ever downloaded on to his Kindle. He keeps a copy by his bed and rereads certain passages often.

On Sunday, when we left, my Dad brought out a well-worn paperback version and handed it to Annie through the car window. In the days afterward she and I finally tackled the book.  Until then it had seemed a requisite but slightly eccentric and rather dense-looking piece of English nostalgia. But as we snuggled under the covers and got to know the animals and their riverbank over the next few weeks, I began to understand the emotional hold the story had over my father.

For me, the most affecting passage comes just after the episode in the Wild Wood. Mole and Rat are headed back to the River Bank after a long day's outing. They're tired and hungry and it's "pitch-dark."

Along the way Mole catches a whiff of his old home, which he's long since abandoned for his new, more exciting life with Rat and his new friends. He's tugged, terribly, toward his old home, not even sure where it is but wanting to go find it and see it and feel it once more. He calls ahead to Rat to stop but Rat can't hear him properly and doesn't bother to stop and see what's up.

"Please stop Ratty!" pleaded the poor Mole, in anguish of heart. "You don't understand, it's my home, my old home! I've just come across the smell of it and it's close by here, really quite close. And I MUST go to it, I must, I must! Oh, come back, Ratty! Please, please come back!"

But Ratty doesn't come back. Instead he shouts at Mole to hurry up because the snow's coming on again, and he needs Mole's nose to help him find the way.

"Poor Mole stood alone in the road, his heart torn asunder, and a big sob gathering, somewhere low down inside him, to leap up to the surface presently, he knew, in passionate escape. But even under such a test as this his loyalty to his friend stood firm. Never for a moment did he dream of abandoning him. Meanwhile the wafts from his old home pleaded, whispered, conjured, and finally claimed him imperiously. He dared not tarry longer within their magic circle."

The emotional intensity of the exchanges between Mole and Rat is almost unbearable. Try reading them aloud to a child without crying. I can't.

Rat decides he's been a "pig" and sets off back in the direction of Mole's home. Mole tries to stop him, still emoting, saying he couldn't help blurting all that out but he didn't mean they had to go back. It was too dark and the snow was coming and…but back down the trail Rat insists on going. They end up finding the house and the rest of the chapter describes Mole's joyful homecoming. They clean the place up and forage for food and entertain a pack of field mice who stop by to sing carols.

Rereading that passage now reminds me that my father didn't go home much after he left England for America. The few times he took us with him to visit his parents, the conversation was stilted and the socializing brief. We kids enjoyed the part where we got to choose a treat from behind the counter in the corner shop they ran. But those sweets weren't enough to smooth over the awkwardness we sensed among the grownups.

Of course my Dad isn't the first émigré to discover you can't really go home, especially if you're the first one in your family to go to university, not to mention earn a doctorate, and leave the country. As for his kids, Dad was always firm that we had to leave the nest, too. We'll "grow you up" (he loved that reference in Arundhati Roy's The God of Small Things), and then you're on your own. Come back and visit, but go live your life, start your career and family, don't look back.

That sentiment couldn't save him from the anguish he seemed to feel whenever he had to say goodbye to us. I remember visiting him as a young adult. He and my mother had divorced by then. I was all grown up, but not yet established either. We would get to the goodbye moment, the hug at the kitchen door, the good wishes. I would get into my car and begin backing out the driveway. He would follow on foot, just a short distance away through the windshield, hands in his pockets, pained smile on his face. At the end of the driveway he would stop and stand and watch as I backed out onto the road, pointed the car in the right direction and hit the accelerator, seeing his face recede into the darkness in the rearview mirror as I pulled away.

I remembered all those comings and going when my phone rang last fall. He'd been in a car accident and fractured his pelvis and had months of rehab ahead of him. When I flew to see him in the hospital at short notice I didn't take flowers or chocolates. I took the copy of The Wind in the Willows that he had lent Annie on our last visit. He wasn't well enough to read it yet, but I wanted him to have it by his bedside. What he wanted most in that moment he couldn't have: to go home.

He did go home though. And eight months later he's walking again and back teaching and well on the road to recovery. And maybe I'm wrong about émigrés not being able to go back.

At the age of 84, half a century after he left England, and just as I'm writing this essay, he has suddenly announced he's buying a home in the Yorkshire Dales. It even has a name that could be right out of The Wind in the Willows: Trout Ghyll Cottage. It turns out he's been searching for the right place for years. I only hope he finds the same joy Mole found on that dark night he returned home. A place that pleaded, whispered, conjured, and finally claimed him.