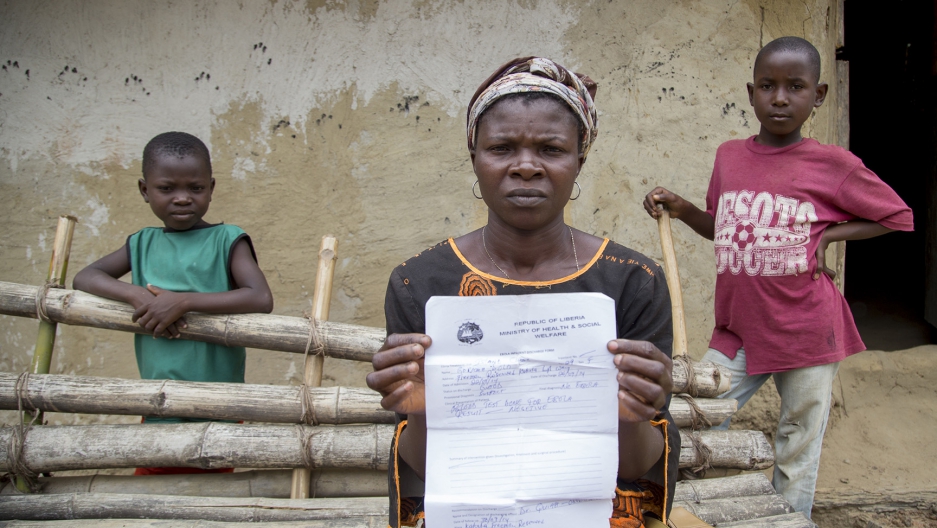 Though the 2014 Ebola outbreak in West Africa is still ongoing, it has had the highest number of survivors than any others in the past.

With a survival rate of roughly 50 percent, of the more than 28,000 cases reported, over 17,000 people have survived, according to The World Health Organization.

However, more than ever, are reports of survivors suffering from long-term health complications resulting from contracting the disease. Symptoms most commonly reported in West Africa are a variety of body aches and pains, fatigue, headaches, memory loss, loss of appetite, trouble sleeping and hearing and vision problems. These side effects can last for months, even years, and disrupt the daily lives of survivors. The exact cause of these post-Ebola syndrome symptoms are unknown. But like recovery from any serious illness, post-viral side effects are not unusual.

“Sometimes after an illness, it’s the immune system itself that can cause problems,” said New York Times correspondent Sheri Fink. “It could also be parts of the body that were damaged by the virus.”

Fink, who also has a medical degree and doctorate in neuroscience, has made several trips to West Africa to report on the Ebola crisis. She says investigators have found that the virus persists for a longer period of time in some parts of the body than known previously, particularly the interior of the eyes. Fink says this too could possibly account for persisting health problems.

“There are parts of the body that are protected from the immune system and the virus can kind of hang out there even after somebody recovers, after somebody has no more virus left in their bloodstream can have it in little pockets, kind of,” said Fink. “Immunologically protected pockets.”

According to the Centers for Disease Control and Prevention, Ebola has also been known to, in rare cases, be transmitted sexually through semen because traces of the disease lingers in the testes. Ebola can also remain in breast milk for some time after recovery. There has been talks of status testing for survivors to know whether or not it is safe for them to have sex.

In addition to physical health problems, the virus can have damaging psychological and social effects on survivors, which has now become a major concern among health workers and humanitarian aid organizations. Survivors often have difficulty reintegrating into society after recovery due to the stigma surrounding the disease and face social rejection by their peers.

Psychologist Ane Bjøru Fjeldsæter, who worked as a mental health activities manager for Médecins Sans Frontières, also known as Doctors Without Borders, recalled the ostracism of patients being immediate.

“In many cases when we were discharging patients from the Ebola treatment units, the taxi drivers would refuse to take them home because they said ‘we don’t want Ebola in our taxis,’” said Fjeldsaeter.

Returning home, many survivors lose their employment and are shunned by their community members. Relationships with family members may be strained due to fear of transmission and some survivors have even been abandoned by loved ones.

In order to help with reintegration, many organizations give patients certificates of discharge to prove they are fully recovered. They are also accompanied by community health workers who confirm their health status, thoroughly educate community members on what to expect, and clear up any misconceptions there may be about the disease.

“That’s also an important part of the psychosocial support for survivors is that you work with their communities. Their friends, their neighbors and their families,” said Fjeldsaeter.

As the survival rate increased, Doctors Without Borders began to recruit from their own survivors to work as health and community workers and in childcare. This also helped create opportunities for survivors who were struggling to adjust socially and economically after recovery.

Fjeldsaeter says that many of the survivors that Doctors Without Borders still follows report symptoms of post-traumatic stress disorder linked to the trauma of being hospitalized.

“Being in an Ebola hospital also means that you see the death and suffering of others,” said Fjeldsaeter. “Just being in the hospital is also quite traumatizing.”

Survivors reported flashbacks of scenes in the hospitals. To aid them with visual flashbacks, Fjeldsaeter said the psychosocial workers took a cinematic approach to help them manage.

“We would try to get them to imagine the visual flashback as if it were a movie and try to either pause the image, to turn the sound off, to turn it into black and white,” said Fjeldsaeter. “And hopefully, if they regain a sense of control over it, it’s going to be less frightening, less overwhelming.”

Survivors of Ebola also suffer from depression, experiencing grief and even guilt from the loss of loved ones.

Fjeldsaeter believes the Ebola narrative in the media lacks in volume and accuracy in its coverage of survivors.

“Very often they just finish the story as soon as the person survives, whereas for them it’s just where the journey begins,” said Fjeldsaeter.

Now with high number of survivors, studies are being done by various health organizations to further examine the residual effects of the Ebola virus disease.

Benjamin Haynes, a senior CDC press officer, says the agency is partnering with other health organizations and government entities to expand survivor support in West Africa, reduce the risk of Ebola reintroduction and strengthen health systems.

The CDC also collaborated with the National Institutes of Health on a study in Liberia that monitored survivors of Ebola of the past two years. The study was sponsored by the Ministry of Health of Liberia and the National Institute of Allergy and Infectious Diseases. Based on the findings of this study and the CDC’s own Viral Persistence study done in Sierra Leone, Haynes says the CDC is starting to get a deeper understanding of the medical and viral persistence issues that Ebola survivors endure.