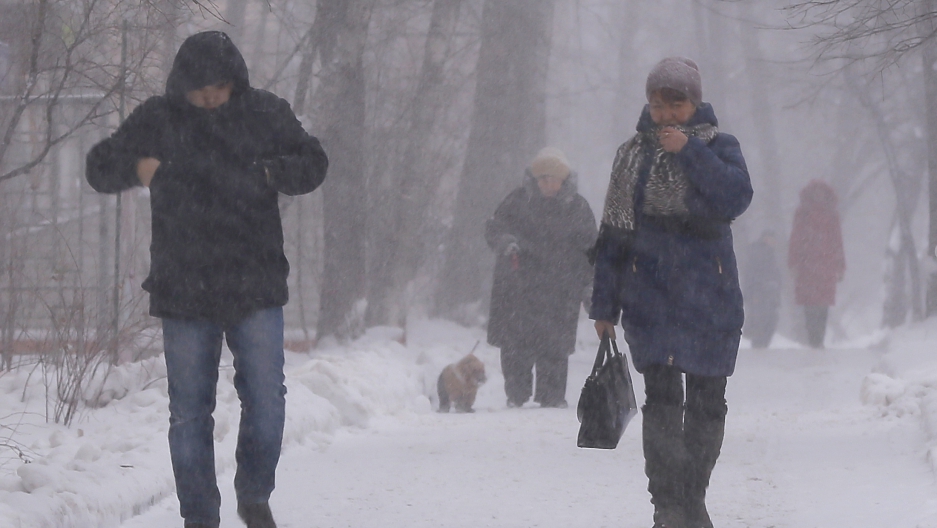 “I don’t know what you would call it, Code Orange or just full on panic, but just sitting here and listening to the radio and watching television, you hear about the power outages, downed wires, ‘stay inside.’

"You know by all means if you leave your home you will die! That's seems to be the message here.”

That's veteran Moscow reporter Charles Maynes, who happens to be in Washington, DC just as the dangerous winter storm named Jonas by the National Weather Service was striking the capital.

In Moscow, he says, people may be a bit more snow resilient.

“Russians just handle the weather and take it in stride. You know, in Moscow after big snowstorms, people still go to work, it’s not an excuse to show up late to work, the kids go to school, I mean it takes really extraordinary weather to keep people in their homes.”

So he says, “Russians coming here might scratch their heads at the idea of the capital city shutting down for three for five days just because of a little snow.”

But Russia’s capital city is farther north and has more experience dealing with harsh winters. So, for example, the city’s public works departments are equipped with a high-tech army of snow removal machinery that springs into action.

“When the snowplows come out in Moscow,” says Maynes, “they line up 15 rows deep and clear the entire Moscow Ring Road in one pass. There’s also some high-tech gear including a snowplow with pincers they call the golden hands that gobbles up snow and sends it up a conveyor belt and gets it off the street." (Check out the videos posted here.)

"You also see mini-snow, Bobcat-sized things that clean the sidewalks. And it’s worth pointing out the Russians aren’t doing a lot of their own snow-clearing these days; instead, it's a lot of up migrants from Central Asia, Tajiks in particular, who are keeping the streets of Moscow pretty clean.”

C'mon, no panic whatsoever from Muscovites? Or is that just a stereotype?

“With a lot of stereotypes there’s just a little bit of truth in them,” says Maynes, “and I think this one may be accurate.”