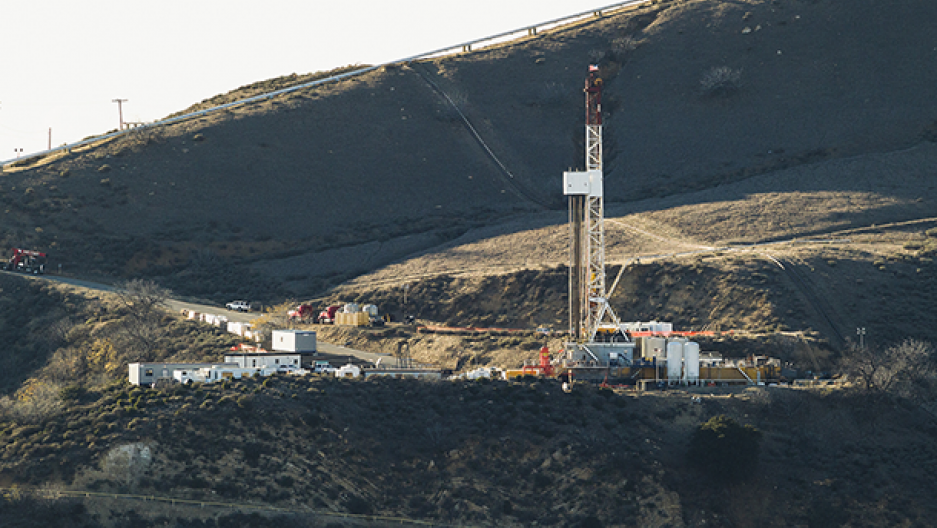 A massive natural gas leak at the Southern California Gas Aliso Canyon storage field has led California Governor Jerry Brown to declare a state of emergency in the area and hundreds of residents have been forced to evacuate.

The main ingredient of natural gas is methane, a greenhouse gas 25 times more powerful than CO2. Since the beginning of the disaster, the leak has released about 77 million kilograms of methane into the atmosphere.

“It is a methane disaster,” says Anthony Ingraffea, a civil and environmental engineer at Cornell University. “When the final count of dollars and lives impacted is assessed, it will be similar to what we had in the Macondo [Deepwater Horizon] disaster in the Gulf of Mexico. ... Luckily, at this point, no one has been killed. So in terms of deaths, it's insignificant compared to Macondo. But in terms of environmental impact on the daily lives of thousands of people and cost, we're talking about many, many, many billions, perhaps hundreds of billions of dollars when all is said and done here.”

The leak resulted from the failure of one of the steel pipes, or casings, that line the well. The rupture allowed gas under very high pressure — roughly 2,700 pounds per inch or more — to escape and to make its way directly into the rock formation surrounding the well, Ingraffea explains.

“That’s about one-quarter of the state of California's monthly methane emissions from all sources,” he says. “Or, if you want to put it on a national basis, that's about 15 percent of the hourly methane emissions in the entire oil and gas industry in the United States.”

Up to now, efforts by SoCalGas and the experts assisting them have made the situation more precarious than it was when the leak first began, according to some reports. Earlieer this month, California state regulators halted a plan to capture and burn the leaking gas, citing the risk of a “catastrophic” explosion.

The next best method of stopping the leak — drilling a relief well 1.6 miles below ground — will take at least six weeks to complete.

There are hundreds of natural gas storage facilities around the country, many of them aging and in danger of similar problems, Ingraffea says. Each storage facility has tens, sometimes hundreds, of wells of the type now leaking in Aliso Canyon.

Most of these wells are over 60 years old and were never designed to last that long, Ingraffea says. They were designed to produce oil or gas for a few decades and then be plugged and taken out of service. But in the 1970s, many of the wells were repurposed as access wells to a storage reservoir.

“As Paul Simon used to say, ‘Everything put together sooner or later falls apart’ — especially if it’s underground,” Ingraffea says. “I have no doubt, given my professional experience, that the casing that ruptured experienced some corrosion. So, what we're seeing here is what the industry knows: an increasing rate of such problems. So you can call this the proverbial tip of the iceberg, since there are tens of thousands of such wells.”

Ingraffea strongly disagrees with the argument that expanding natural gas production around the world will help address the threat of climate disruption.

“That's an absolutely incorrect, unscientific assessment,” he insists. “All of the latest peer-reviewed scientific literature indicates that if the leakage of methane — natural gas — into the atmosphere worldwide is greater than about three percent of the total production of natural gas in the world, it's the dirtiest of all fossil fuels.”

All the peer-reviewed literature published in the last few years shows that in the US alone, the leak rate is greater than three percent, he points out.

What’s more, since the US leak rate is probably on the low end of the scale, we “can only surmise what the leak rate of methane would be in other countries where there is not such tight regulatory control,” he points out.

“So, no, I do not in any way, means or form, ascribe to, believe or buy into the notion of natural gas being a bridge fuel or a down-ramp to a clean renewable energy future. It's scientific nonsense,” Ingraffea concludes. “People in the industry know it. People in the scientific community know it. Unfortunately, our political leaders have to make decisions based on something other than science.”