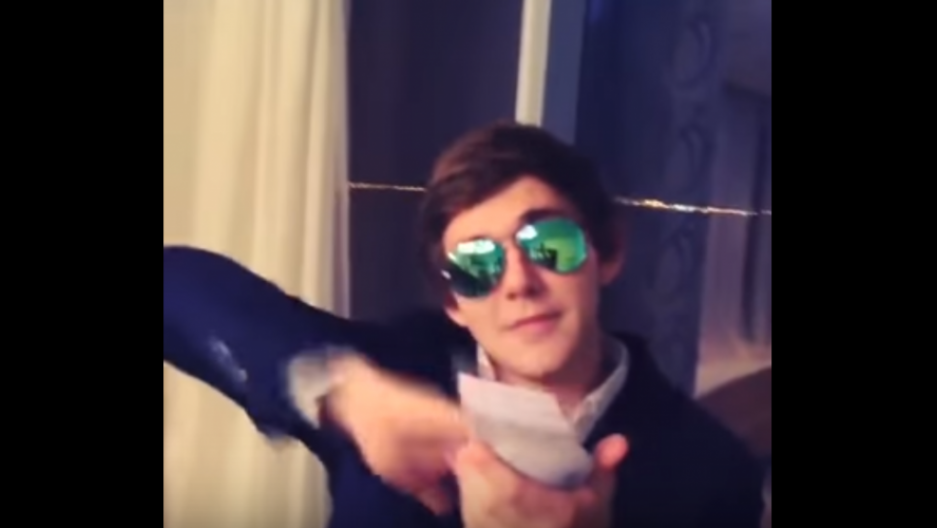 Ukraine's little "superior ones" just want to have fun.

Deadly car accidents aren’t usually big news in Ukraine, so it might seem strange that local media here have closely followed the saga of a 22-year-old who killed a woman after his car ran off a Kyiv road last week.

Stanislav Tolstosheyev, the son of a local tycoon, claims he had fainted — not been under the influence of drugs or alcohol — when he lost control of his Mercedes SUV. But don’t expect sympathy from ordinary Ukrainians.

The children of ranking officials and wealthy businessmen have long found themselves on the wrong side of the law, but their connections typically get them off the hook.

In Ukraine, they represent the brash form of crony capitalism that still plagues the country. Corruption and selective justice are still widespread here, despite recent attempts at reform.

The wild-and-crazy kids of the country’s elite are often known to be hard-partiers and big spenders with near-mythical status for the average Ukrainian, whose monthly salary is around $200. There’s even a name for them: “mazhory,” which translates roughly to “superior ones.”

They can be pretty ostentatious, too. Here’s purported footage of Tolstosheyev “making it rain”:

Last week’s tragedy was Tolstoshoyev’s second car accident in three years. The first case, in 2013, left one person injured and is reportedly still being investigated.

At first, Tolstoshoyev was kept in the hospital and away from court based on an alleged chronic heart condition, a claim many dismissed. A photo recently shared on social media suggests his health was not that dire.

But even after a court ordered his detention last Friday, it set the bail at a meager $5,600. State prosecutors are hoping to bump it up to more than $40,000, while critics are complaining that courts here are still crooked.

“There is no confidence in the courts,” Avakov wrote in an op-ed this week. “There is no fair justice, regardless of the quality of individual judges.”