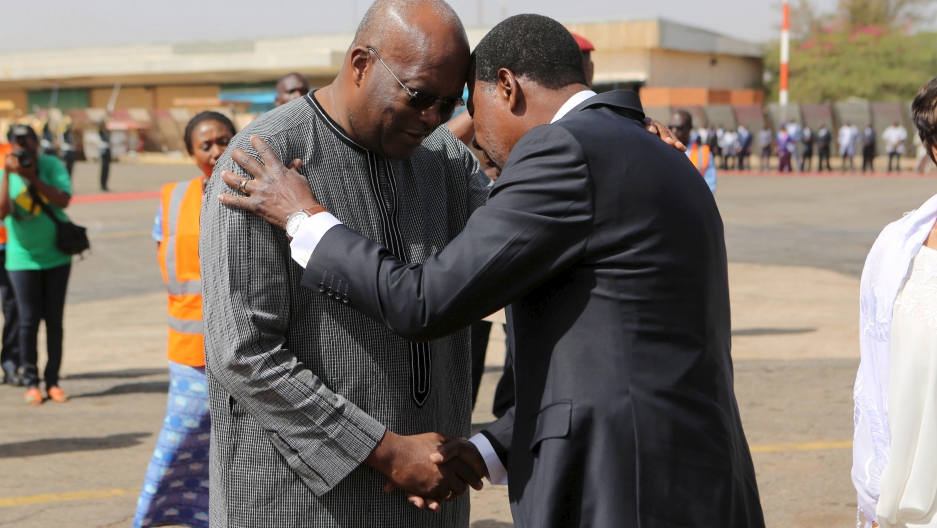 JOHANNESBURG, South Africa — The attack followed a grimly familiar formula: Heavily armed gunmen stormed a hotel and café popular with foreigners, setting off explosions and opening fire on the patrons.

This time the target was Ouagadougou, capital of Burkina Faso, a largely peaceful West African country that every two years hosts the continent’s biggest film festival.

As Burkina Faso marks three days of official mourning, it is still reeling from its first attack by the jihadist group Al Qaeda in the Islamic Maghreb (AQIM) — and other West African countries are wondering whether they will be next.

“I think it’s just a matter of time, whether it’s in Abidjan, Accra, or Dakar,” Cynthia Ohayon, a Burkina Faso-based analyst for the International Crisis Group, told Bloomberg. “It happens in Paris and in Istanbul; it can happen anywhere.”

Friday night’s attack in Ouagadougou killed at least 29 people from around the world, including an American missionary, before ending in a siege at a second hotel.

It was similar in style to a coordinated assault on a luxury hotel in Mali in November. Militants belonging to AQIM, led by the one-eyed former Algerian soldier Mokhtar Belmokhtar, have claimed responsibility for both attacks.

It also follows a string of attacks by rival group the Islamic State (IS) in Jakarta, Istanbul, the Egyptian resort town of Hurgheda, and San Bernardino, California. The attack in Mali happened days after IS militants killed 130 people in Paris.

More from GlobalPost: Jihadists got bolder in Mali after the French military campaign wound down

To some analysts this signals AQIM's expansion in West Africa, and a shift to targeting cities after years of kidnapping foreigners and attacking security forces in the Sahara.

After both the Mali and Burkina Faso attacks, militants said it was a response to French intervention in the region. But AQIM was also likely sending a message to IS. Tomi Oladipo, the BBC’s Africa security correspondent, wrote that the Ouagadougou attack “would seem to be an attempt by AQIM not just to reinforce itself as the main jihadist group in the region, but also to show that it can spread its violent campaign to new frontiers.”

According to Olga Bogorad, an Africa intelligence analyst at Max Security Solutions, a consulting firm, AQIM released a statement during the Ouagadougou attacks that reiterated the group’s loyalty to Al Qaeda’s leader Ayman al-Zawahiri.

"This fact is especially notable given the increasing attempts by IS to lure Al Qaeda’s African franchises to switch allegiance and join the group,” Bogorad wrote.

For Burkina Faso, the trouble comes at a fragile time. The country has a brand new democratically elected government: President Blaise Compaore, in power for 27 years, was ousted in October 2014 after widespread public demonstrations. In September, presidential guards attempted a coup.

President Roch Marc Christian Kabore, who was elected in November, said the Burkinabé people were in shock from the attack.

“For the first time in its history, our country has fallen victim to a series of barbaric terrorist attacks,” he said in a live address to the nation.

Neighboring countries including Mali have vowed to help Burkina Faso after the attacks.

"We're not going to just sit on our hands. We will react and respond," said Benin President Thomas Boni Yayi on behalf of the regional bloc Ecowas. "The question is: 'Whose turn is it next?"