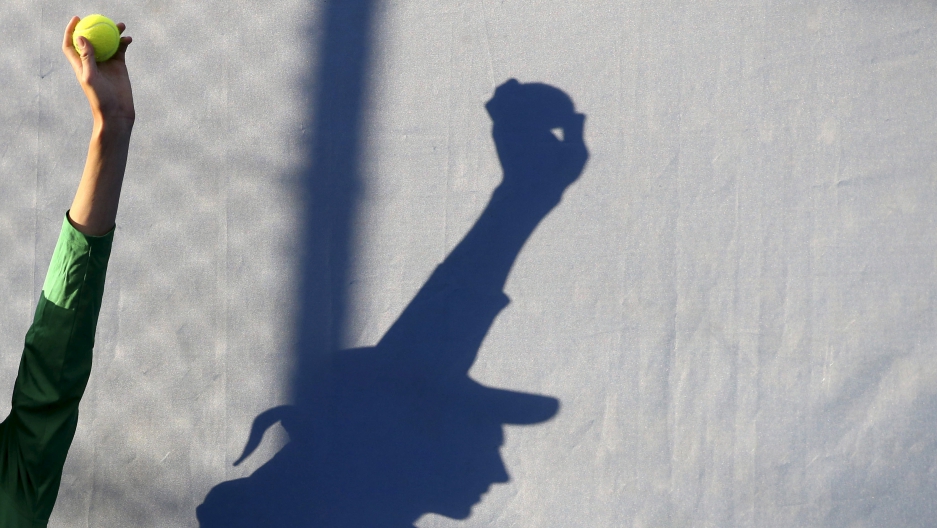 A ball boy is silhouetted as he holds up a tennis ball during a match at the Australian Open tennis tournament at Melbourne Park, Australia, January 18, 2016.

We know about widespread doping in cycling.

And about the multi-million dollar bribes swirling around soccer's governing body.

Now there are allegations of match fixing in tennis.

It extends from top players on down. BuzzFeed News and our partners at the BBC are reporting on this.

Very few within the sport are surprised.

"Well, if you were going to invent a sport which was purposely designed for match fixing. The sport you would invent would be called, 'tennis,'" says  Richard Ings, former head of the anti-corruption program at the Association of Tennis Professionals (ATP). "Tennis as an individual sport only requires the participation of one individual to fix the match."

The opponent doesn't need to know. Or the umpires. Or the fans.

"And with so many matches being played around the world, the opportunity for fixing matches such as this is quite widespread," he says.

The top players get paid very well. But it could be even more lucrative to cheat.

"The amount of money being bet on professional tennis — both men's and women's globally — is measured in the hundreds of billions of dollars annually," says Ings. "While prize money is quite high, it is possible that you can make more money from betting on yourself to lose in the first round of a tournament than you could if you played really long and hard and actually got through and won the entire tournament."

For most, that's enough to cheat.

As for the ATP, the organization is vehemently against its players fixing matches.

But you could argue it supports gambling on its players so long as it gets a cut.

A main sponsor of the Australian Open? A bookmaker.