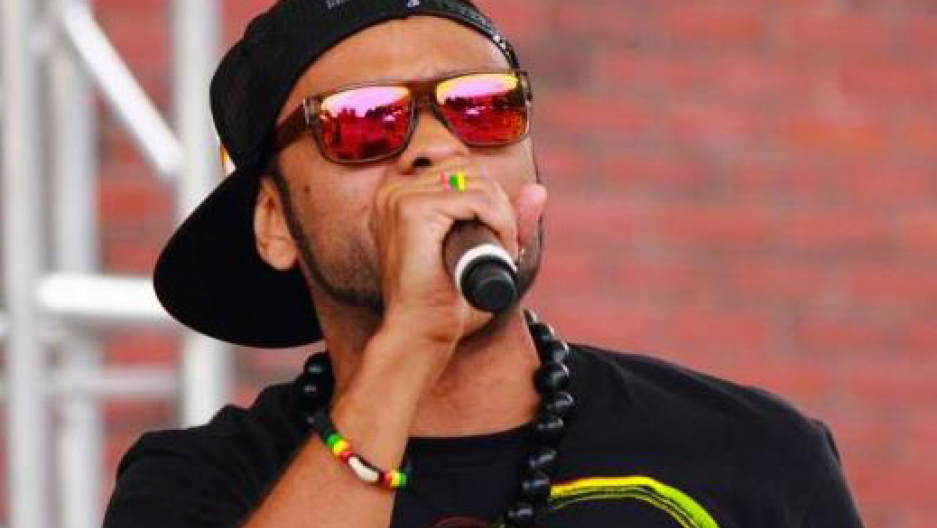 Connecting for Change, the Marion Institute

Hip hop might not be the sound that music fans associate with environmental action, but “green energy" hip hop artist Tem Blessed is using his music to speak directly to young people about sustainability.

“Hip hop is the voice of the youth,” Blessed says. “It’s what really touches them — and we look to bring some of these messages through the music, using hip hop as a tool to educate, to inspire, to have the youth get out there and create some of their own hip-hop in a way that's constructive, energizing and has a positive focus on the future.”

Blessed says he has always been into “socially conscious hip hop.” “I came up during the time 1992 through 1996 — what I call the ‘golden era’ of hip hop,’ where you had KRS1, Public Enemy, Eric B and Rakim — all these greats, who were always teaching us something, teaching us about the world and other cultures,” he explains.

When he attended a conference called Connecting for Change, his mind “got blown” by all the information he learned about the state of the natural environment and about the need for sustainability. “It was just a natural evolution to go from social justice topics to sustainable topics, which always has equity involved in that,” he says.

One of Blessed’s raps, ”I Am the Bee,” has to do with colony collapse disorder, a topic seldom addressed in modern music of any kind, but which Blessed takes on with a passionate urgency.

I am the bee.
Pollinate the truth, if you choose to see.
Pollinate the youth to truly be free.
Pollinate love, let's all agree
I am the bee.
Keystone species, we need these bees, honey.
They pollinate most things you eat.
Funny, they do this for free, without a fee.
Billions of produce produced nationally.
Now, millions of bees have abandoned their hives.
If they disappear, in four years the human race will die.
That's a quote from the famous scientist Einstein.
It's logical to anyone with half a mind, man.
It's horrible.
Where you think where you going to run and hide?…

Blessed is originally from Cape Verde, off the coast of West Africa, but he grew up in New Bedford, Massachusetts. His name combines two aspects of himself.

“My first name is Temistocles,” Blessed explains. “It's Greek, although I'm Cape Verdean. But I always knew I was blessed to have talents. I could draw, I could write, I could sing ... and a great family that led me to where I'm at today.”

He tells a story about his childhood which, he says, illustrates how the people of the world must respond to the planet’s present climate crisis.

“When we used to go out anywhere, my father kind of trained us to get back together when he needed, so there was this whistle he used,” Blessed explains. “If you heard that whistle you had to come running. And if you didn't come running you were in trouble.”

Humanity definitely needs to hear that whistle, Blessed says. “We have a climate crisis going on right now, and if we don't do something right now, we will not have a future,” he says. “So now is the time for us to do something. Listen to the whistle. The scientists are ringing it and blowing it loud and clear. Let's do something, people.”