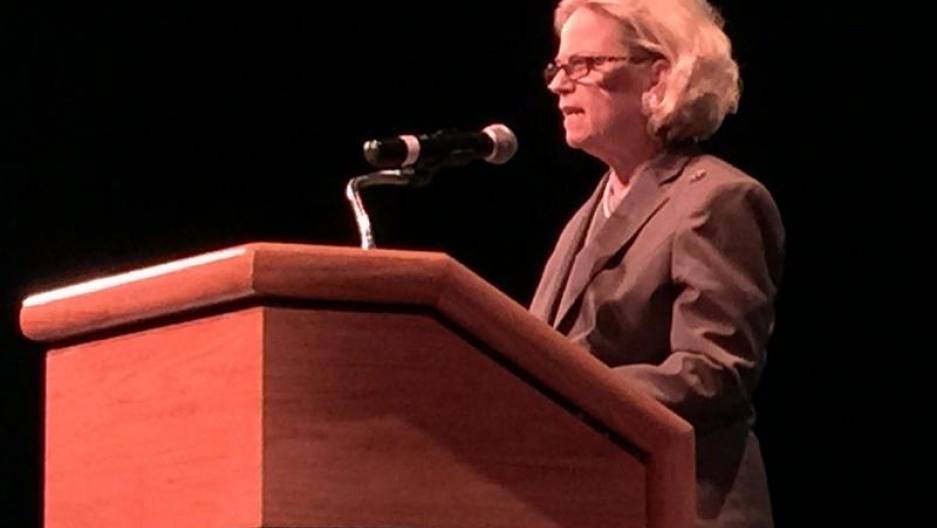 A special guest spoke at this screening of "Selma" in San Antonio. She was close to the man who was an antagonist for many of the events in the film.

"The lines that we must stand in to build a new America are those that lead to the ballot box," says Peggy Wallace Kennedy.

Her drive for racial harmony comes with an unlikely ally: Representative John Lewis.

"We have become fast friends and have been friends since 2009, a wonderful experience," she says of the Georgia Democrat.

The experience she's talking about is that of walking the Edmund Pettus Bridge at his side during a peaceful re-creation of the original event. I asked her if anything stood out in her memory about the event. She smiles.

"Yes, he asked me if they were going too fast for me. And if they needed to slow down for me, which I thought was very ironic. That he wanted to know all about my comfort, when he was the one who had been viciously beaten at the foot of the bridge. And I kept saying, 'No sir, everything's fine for me.'"

Walking that notorious bridge wasn't the end of her time with Lewis.

"He has taught me a great deal about reconciliation and love and how that can heal the human heart," she says.

The daughter of the man ultimately responsible for the beating of John Lewis has learned much about peace and redemption from the man who actually took the beating. Their mutual admiration has transcended all that they went through in the now-distant past.

"He is always in my heart when I go and speak."

Redemption found its way to the Alabama Governor too, late in life, when he renounced segregation and asked for forgiveness.

This story was originally published by Texas Public Radio.