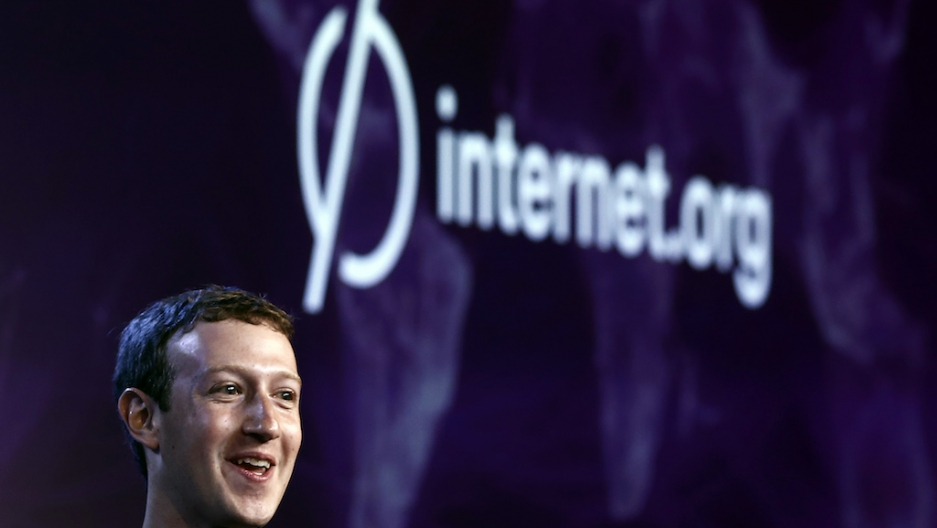 NEW DELHI, India — Imagine a billion of the world’s poorest gaining overnight access to health information, education, and professional help — for free. Add to this one rich man who wants to make that dream a reality.

That’s the invitation that Facebook has sent to India. Many there, however, are rejecting such benevolence.

Facebook has introduced its Free Basics project in 36 countries. The company claims that the app acts as a stepping-stone to the internet for those who are otherwise without access, by providing them with a few essential sites — or “basics” — to get started.

“We know that when people have access to the internet they also get access to jobs, education, healthcare, communication… We know that for India to make progress, more than 1 billion people need to be connected to the internet,” wrote Facebook CEO Mark Zuckerberg in a recent op-ed for a major Indian newspaper. “Free Basics is a bridge to the full internet and digital equality.”

However, net neutrality researchers and activists in India define it quite differently.

“Free Basics is a zero-rated walled garden that gives users a tiny subset of the world wide web,” Sunil Abraham, executive director of the Bengaluru-based Centre for Internet and Society, told GlobalPost. The Free Basics app is part of Facebook’s Internet.org, a “zero-rating” internet service that provides limited access for no charge to the consumer. The original Internet.org was heavily criticized in India for violating net neutrality, the principle that all content on the web should be accessible to consumers at the same speed, without discrimination by providers.

Last spring, as part of a homegrown Save The Internet movement, over 1 million people wrote to the Telecom Regulatory Authority of India (TRAI) to protest services that disrupt net neutrality by providing only a small fraction of the internet to their users.

India’s Department of Telecommunications has already recommended that such platforms be disallowed. Before it makes its own recommendations this month, the TRAI asked concerned citizens for another round of input on zero-rating apps. The criticism has been so loud that, at the end of December, Free Basics’ local telecom partner was ordered to take the service down until a decision is reached.

Though Free Basics does not require payment from the websites it shares, Facebook’s competitors are unlikely to participate and provide user data to their rivals. And while there are currently no advertisements on Free Basics, Facebook reserves the right to introduce them in the future to garner revenue from their “walled-in” clients.

“We know that for India to make progress, more than 1 billion people need to be connected to the internet.”

According to Abraham, such a platform harms free speech, privacy, innovation and diversity by adding another layer of surveillance and “censoring” the internet.

Mahesh Murthy, a venture capitalist who is part of India’s Save The Internet movement, puts it more bluntly.

“What Facebook wants is our less fortunate brothers and sisters should be able to poke each other and play Candy Crush, but not be able to look up a fact on Google, or learn something on Khan Academy, or sell their produce on a commodity market, or even search for a job on [Indian recruitment website] Naukri,” said Murthy.

Zuckerberg and Facebook’s India team have vigorously rebutted net neutrality activists in India, including Murthy, challenging their criticism of Free Basics and accusing activists of deliberately trying to prevent the masses from gaining internet access.

“Critics of the program continue to spread false claims — even if that means leaving behind a billion people,” wrote Zuckerberg in his Times of India op-ed.

According to Abraham, this is a misleading assertion. “They are falsely framing the debate, they are making it look like we have only two choices,” he told GlobalPost. “The choice is not between less people on the internet and unregulated [Free Basics].”

“Free Basics is a zero-rated walled garden that gives users a tiny subset of the world wide web.”

Several alternatives are being proposed. Abraham does not advocate a complete ban on Free Basics, instead suggesting a “leaky” walled garden where users would be given 100 MB of full internet access for every 100 MB of Free Basics consumed.

The Save the Internet campaign, however, wants Free Basics barred altogether. It proposes returning to previously implemented schemes like providing data on the purchase of a phone, or letting users access the full internet after watching an ad. The Universal Service Obligation Fund, set up by the Department of Telecommunications to provide affordable communication technology in rural areas, could also be used to finance free data packs.

While Facebook could potentially contribute to such funds to promote its connectivity goals, the millions of dollars it has spent loudly defending Free Basics in India suggest that the company is deeply attached to its own scheme. Facebook has claimed that “more than four in five Indians support Free Basics,” according to a survey that it paid for. Indian users of the social network have received notifications encouraging them to send a template letter to the regulator in support of Free Basics. Even users in the US were “accidentally” notified to add their backing to the Indian campaign.

Some of the company's critics suggest that it is driven less by philanthropy, more by guaranteeing itself a stream of new users.

Murthy points out that a large number of the world’s population not yet on the internet are in India and China — and Facebook is banned in China. “So who becomes essential to Mark Zuckerberg’s balance sheet? Enter us Indians.”

While Indian activists agree that connectivity is an important goal, they insist that Free Basics in its current form is not the solution or even the only option right now. All it does is whets the appetite of the consumer, according to Abraham.

“You can compare Free Basics to when you go through the mall: You see the people selling cookies, and the aroma fills the whole mall,” he said. “That’s what Free Basics does — it gets you interested in the cookie. But it doesn’t solve the affordability question.”