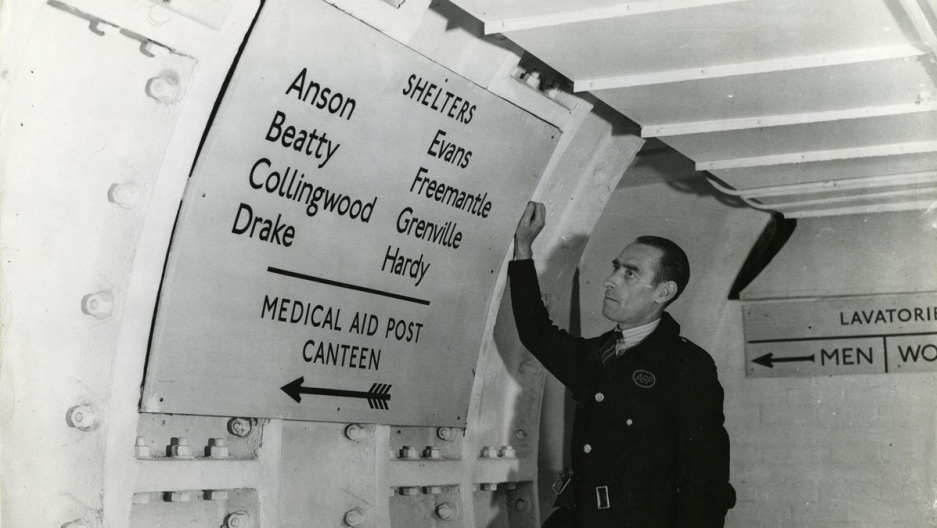 An air raid shelter in Clapham South in the 1940s.

During World War II, London was a dangerous place. Attacks by the German Luftwaffe killed around 30,000 people with another 50,000 injured and many more made homeless.

One of the ways to stay safe was to take shelter underground. Some used London Underground train stations, but as the bombing intensified, the government decided on a drastic new approach.

A plan was launched to build a network of subterranean air raid shelters far below ground, each with the capacity to hold thousands of people. 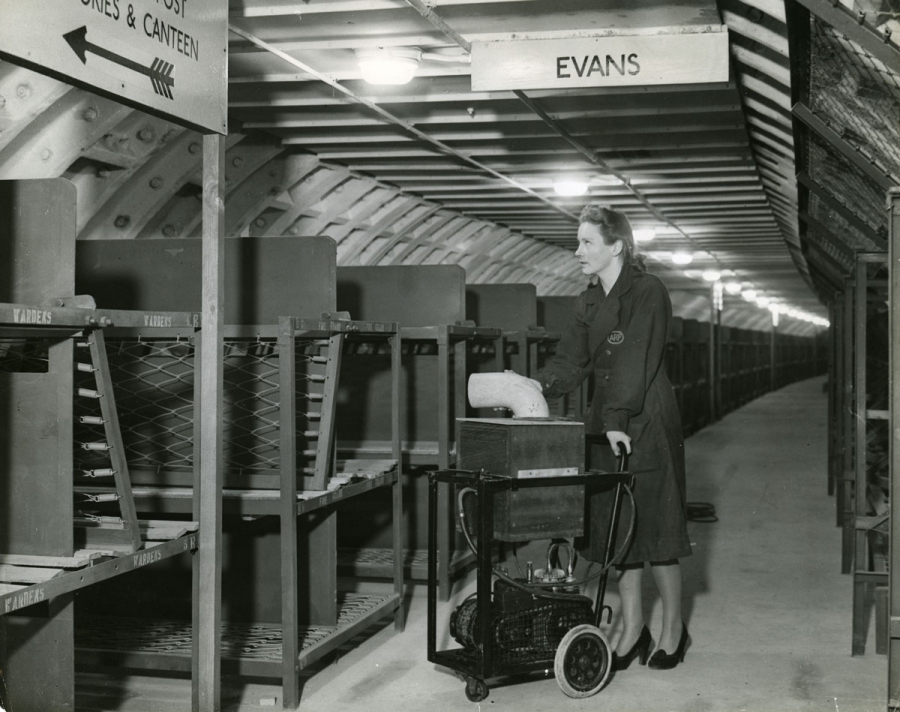 An air raid shelter in Clapham South in the 1940s during WWII.

Once the shelters were finished, families from across London would gather each evening to descend the stairs and try to make themselves comfortable for a few hours while the bombing continued over night.

Today these shelters are mostly forgotten, either lying empty or used for storage. But Transport for London, the organization that runs the London Underground, has a plan to reopen some of them for visitors.

Visiting the Clapham South shelter today is an eerie experience. From the outside, all that can be seen is an anonymous concrete bunker at ground level, looking a little like a public toilet.

Behind its doors lies a long spiral staircase leading a deep below ground — there are 120 steps down to shelter level.

Inside the shelter itself, the effect is even more striking. Long dusty corridors stretch almost as far as the eye can see, filled with thousands of 1940s bed frames. The odd signboard and pieces of graffiti are the reminders of the crowds who once met here every night. 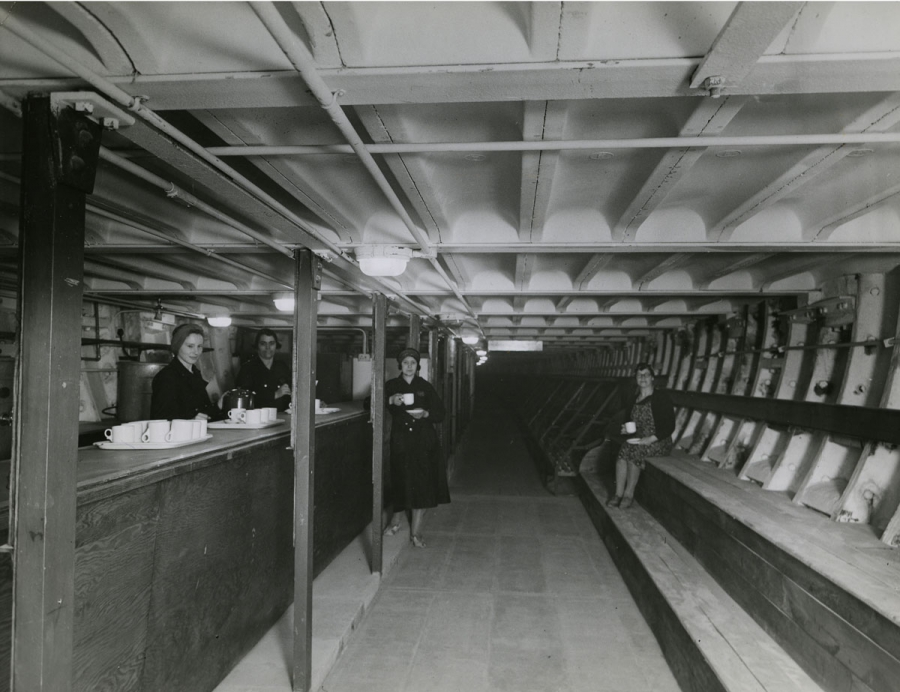 Today, when the lights go out, the only sound that can be heard is the rumble of nearby London Underground trains passing overhead.

At the height of the war, the Clapham South shelter had capacity for 8,000 Londoners, with each person assigned their own bed.

Accounts from the time describe a surprisingly festive atmosphere, with music played over the loudspeaker system, and dancing and sing-alongs held in some sections of the shelter. One of the great controversies was the pricing of a cup of tea, which at two pence a cup was twice as expensive as at ground level.

For many, though, it would have been a harrowing experience. Many of those who used these shelters were families whose homes had been destroyed by bombing.

It was forbidden for people to keep more than bedding in the shelter, so each night everything they needed had to be carried down by hand.

There was another way to access the shelters than the stairs, however. Like others shelters, the shelter at Clapham South was originally connected with the London Underground train network by a corridor.

Those entrances have been bricked up, and no one is entirely sure where they would have connected. But in some London Underground stations, there are places where the entrance to a deserted 1940s air raid shelter for thousands of people is just a few bricks away. 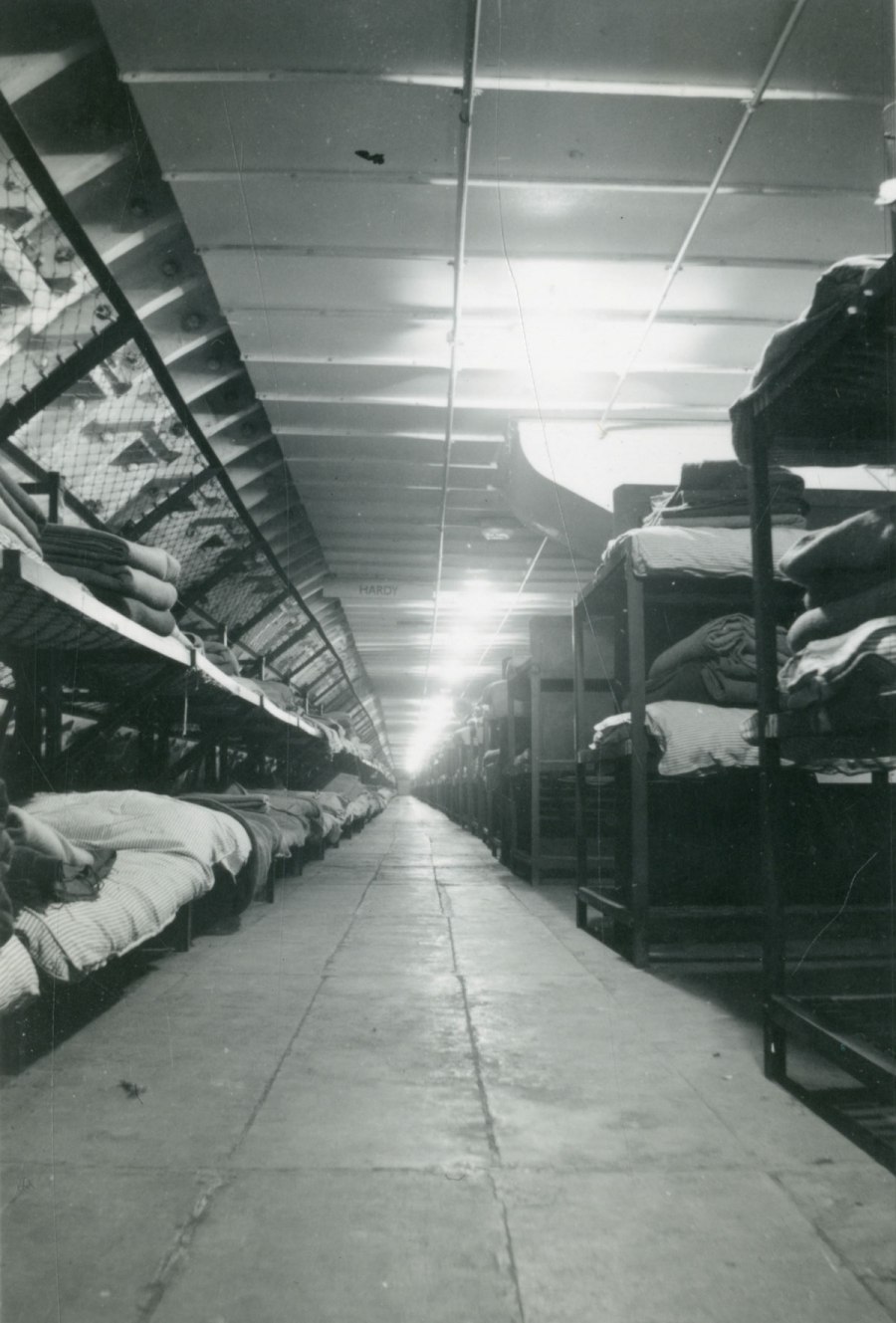 Rows of beds in a WWII air raid shelter in Clapham South.