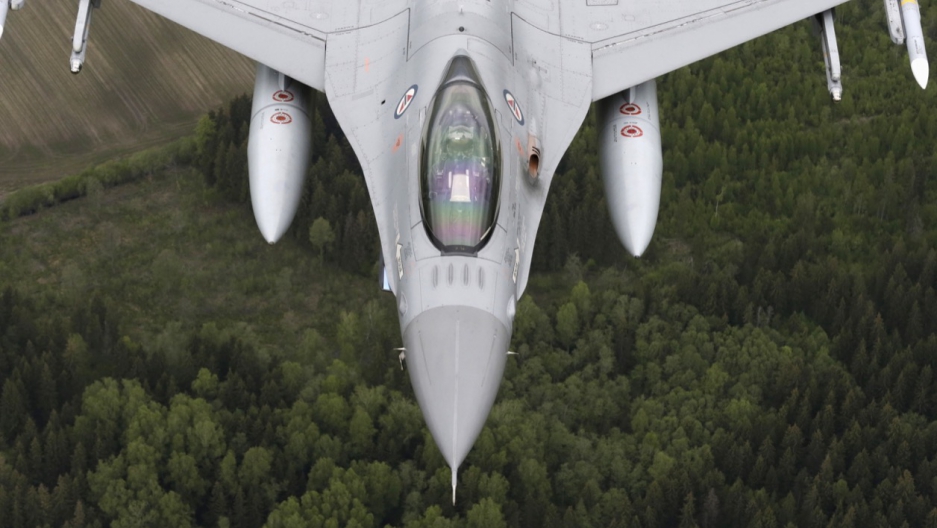 A Norwegian Air Force F-16 fighter plane patrols over the Baltics during a NATO air policing mission from Zokniai air base near Siauliai, Lithuania, May 20, 2015.
Credit: Ints Kalnins
Share

The new year is usually a chance to turn the page and start anew. But that will prove difficult for Russia and NATO, two geopolitical adversaries who just can’t seem to get along.

Stats from this past year are a good place to start: According to the Lithuanian Defense Ministry, NATO jets were scrambled 150 times to fend off their Russian counterparts over the Baltic countries Estonia, Latvia and Lithuania — all three of them NATO members. That was 14 percent more than in the previous year.

Those airspace incursions are a result of Moscow’s increasingly aggressive posturing abroad in the past two years, analysts say. Some even believe Russia’s intensified activity in the air is to blame for a string of Russian Air Force disasters.

More from GlobalPost: Russia's Air Force is crashing and burning at an alarming rate

But that’s just one part of a larger picture.

Russia designated NATO as a threat to its national security in a new policy doctrine updated last week. That doesn’t mean World War III is in the offing. But it is the first time the Kremlin has specifically pinpointed the North Atlantic military alliance as a top threat.

Americans, don’t feel left out: The United States also made the Russian national security threat list, perhaps in response to Washington’s own top brass having sent the same message about Moscow. Anti-Americanism is a popular sentiment in Russia these days, with most Russians perceiving the US as the world’s leading bad guy, and many afraid of a US invasion.

“The ideology of the document is that Russia is ringed by enemies,” Alexander Golts, a Russian defense expert, told Voice of America. “Russia is resisting Western countries, which don’t like that it is conducting an independent and autonomous foreign policy.” Relations between Russia and the West were already deteriorating when Vladimir Putin returned to the Kremlin in 2012 after a stint as prime minister. But they got much worse after Moscow annexed Crimea in 2014 and then stoked a separatist insurgency in eastern Ukraine that has left more than 9,000 dead.

At least that’s how most of the international community sees it, which is partly why Washington has sent troops to train Ukrainian soldiers, while NATO has stepped up its own exercises in Europe.

Russia, for its part, criticizes the military alliance for expanding eastward toward its borders, allegedly with an eye toward destabilizing Russia. Moscow even made a fuss last month when NATO invited Montenegro, a Balkan country of around 600,000, to join.