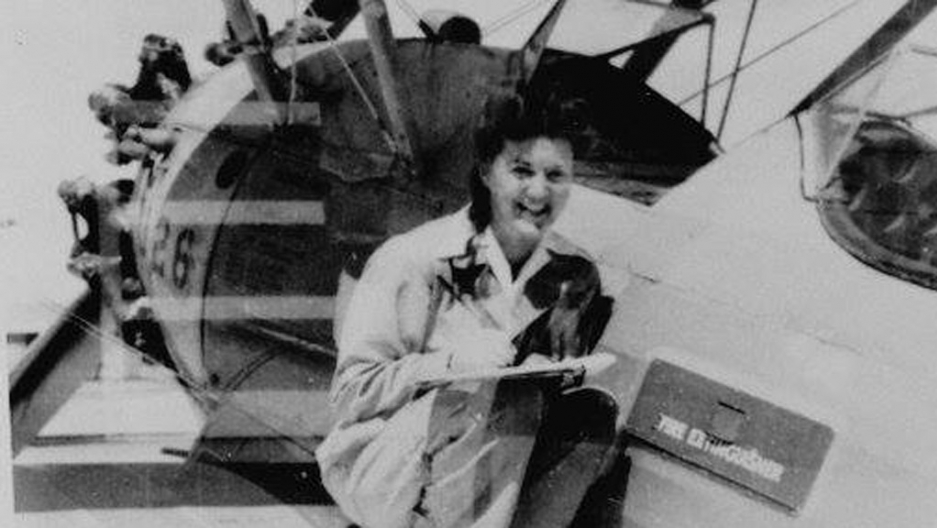 Elaine Harmon on a PT-17 during World War II.

Erin Miller describes herself as "the proud granddaughter of a World War II pilot WASP."

WASP stands for Women Airforce Service Pilots. They flew non-combat missions during the war, to free up male pilots for combat missions.

But under current rules, those female pilots can’t be laid to rest at Arlington National Cemetery. That's because, mostly, of World War II-era Army/Air Force tensions. Because there was no dedicated air force for men at the time, Congress refused to recognize an air force for women, relegating the WASPs to a civil service group.

A bill introduced in Congress this week would change that. Rep. Martha McSally, R-Ariz., says the Army's exclusion of WASPs is wrong.

As we open all positions to women, the Army is closing Arlington to those who paved the way. My bill changes this--> https://t.co/0Dn7gjHAex

That's what Erin Miller wants for all the WASPs — including her grandmother, Elaine Harmon, who died last year.

“My grandmother was just a generally very adventurous person. When she saw an advertisement for a program to learn how to fly, she said ‘Oh that sounds like something I'd be interested in doing.’ I think it was $40 for the whole class to get a license. She said, ‘you know my mom would never have let me do this, so I asked my father since he was a crazy baseball player adventurer, and he said, ‘Oh yeah that sounds great,’ and sent her $40 and she signed up and learned how to fly.”

After Elaine Harmon was done with her training, she went to Nellis Air Force Base in Las Vegas to be part of a WASP unit. The pilots performed test flights for repaired military aircraft and trained combat pilots destined for combat missions. 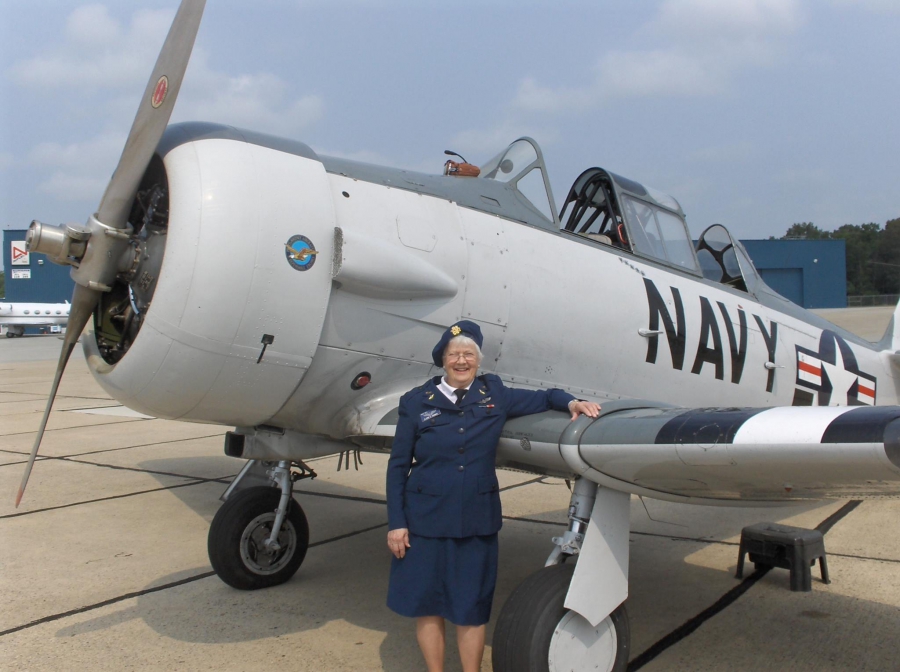 Elaine Harmon, one of just over 1000 women who served as WASPs, or Women Airforce Service Pilots

“Most of her duties included training the male pilots that we're going to go overseas,” says Erin Miller, “so essentially she would be sitting in the plane and looking around making sure everything was going fine and the men would be ‘under the hood.' ... The purpose was to teach them to fly without being able see outside of the airplane, and only relying on their instruments. Overall it was basically to make sure that they didn’t crash the plane.”

It was extremely rare for women to be in the military at all during World War II, says Miller, much less flying airplanes. “The WASPs were the first women trained to fly military airplanes, so they are trailblazers in the military community. They pretty much paved the way for all the following female pilots.”

Female WWII Pilots Barred From Arlington National Cemetery- this is just wrong and needs to change. WASPs deserve this honor

Miller says when her grandmother died a year ago, she left behind a letter stating that it was her final wish to have her ashes placed in Arlington National Cemetery. “It is important to her because she feels Arlington is not just a military cemetery, but it's also an historic kind of museum and it showcases different groups of military people for the service they provided," she explains. "She feels that the WASPs need to have representation at Arlington.”

Miller says her grandmother was very adventurous and she encouraged all of her grandchildren to go out and follow their dreams.

“She said this is the greatest country in the world and she was very proud to live here. She had an American flag on her front porch every single day of her life ... and she was like the most patriotic person I've ever met so she’d be extremely disappointed to learn that [the decision to exclude WASPS from Arlington National Cemetery] has been made. ... She would feel like her country has betrayed her.”