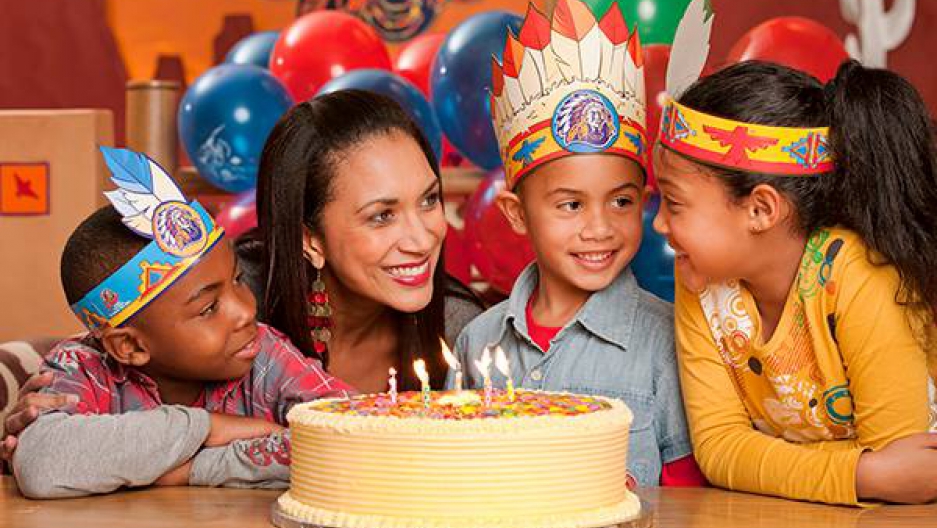 JOHANNESBURG, South Africa — When you dine at South Africa’s most popular family restaurant, you'll be joined by Soaring Eagle, Buffalo Brave and Buttercup, a grinning trio of cartoon mascots dressed in animal skins and war paint.

Here at Spur Steak Ranches, a chain serving burgers, steaks and schnitzel, the theme is an unabashedly clichéd take on “Native American.” The restaurant's official logo is a chief in a feathered headdress. The décor is a jumble of teepees, tomahawks and totem poles. Yet despite the minefield of stereotypes, Spur restaurants are beloved by many South Africans.

There is a peculiar contradiction here. With its history of apartheid, South Africa is acutely sensitive to racism among its own population, and has been taking down colonial-era statues at university campuses — yet it has a blind spot when it comes to American history.

That is perhaps unsurprising: South Africa, like many other countries around the world, knows about North America's indigenous people via dated Hollywood portrayals that have remained stubbornly unchanged.

Party shops sell gaudy “Native American” masks, while a leading department store recently dressed mannequins in stylized pink headdresses to match their bras and underwear. A carved statue of a "Plains Indian" in full regalia stands guard outside a "spirituality" shop at a Johannesburg mall, where dream catchers are sold alongside tarot cards and meditation candles. 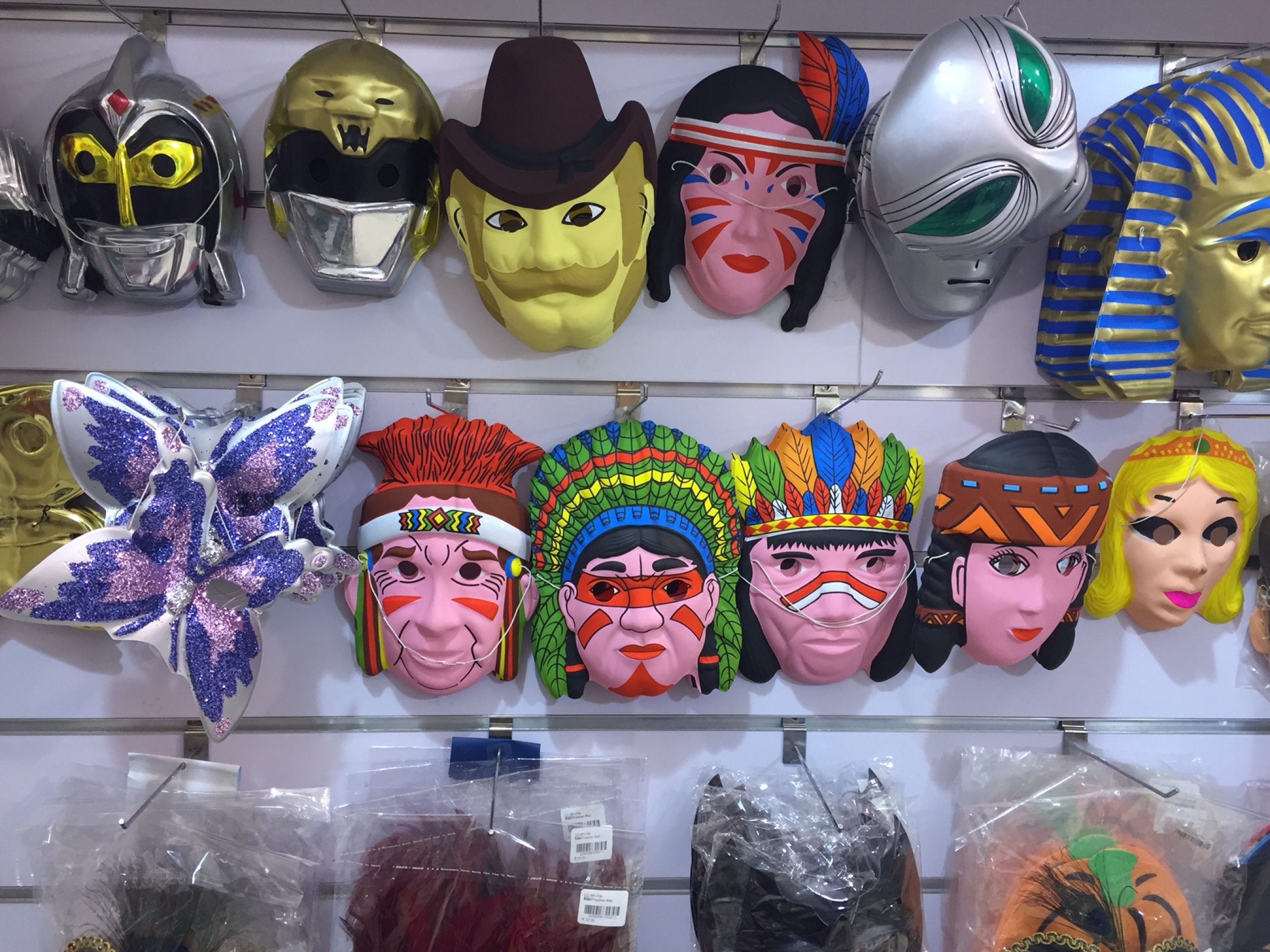 A selection of masks at a party store in Johannesburg.

Each restaurant under the Spur brand, which has 277 restaurants in South Africa plus another 43 internationally, is given a real or imagined tribal name such as the Golden Spear Spur, Running Brave Spur or Cherokee Spur.

South Africans for the most part see nothing wrong with this 1950s version of Native American culture.

Spur was named as “coolest place to eat out” in a recent youth survey by the South African Sunday Times. Generations of children have grown up having birthday parties at the restaurants, where they wear paper headdresses similar to the Burger King crown.

The United States has a similar problem with high school and college sports teams, which are under pressure to abandon names and mascots that reference Native Americans and Indians. It's a pro-sports problem, too: President Barack Obama has criticized the Washington, DC National Football League team for continuing to call itself the “Redskins,” a slur for the land's original people.

Spur’s management believes the chain is paying tribute to Native Americans and sees theirs as a respectful portrayal. But they seem unaware that the "noble savage" caricature is equally antiquated and offensive.

Pierre Van Tonder, chief executive of Spur Corporation, says that he sees his corporate mascot as “a tribe that embodies all that is noble and lives in harmony with the land and the universe."

When the first Spur restaurant opened in Cape Town in 1967, during the depths of apartheid, it had a “Western” theme, with a cowboy spur as a logo. This changed to a “proud American Indian chief” logo in the mid-1980s, Van Tonder said, to “signal” to a changing South Africa that people of all races were welcome at the restaurants.

To Van Tonder, the chief depicted on the Spur logo “represents strength, leadership, charisma and a spiritual connection to all that is positive in honorable people of the world.”

“The Red Indian artifacts and tools, tomahawks, teepees and design graphics are universally admired and are all values our business ascribes to,” he added.

Johnnie Jae, a member of the Otoe-­Missouria and Choctaw tribes of Oklahoma, has a very different reaction to Spur's branding and decor.

“The logo is a dehumanizing caricature of Native men,” she said. “It represents the colonial mindset that our imagery, identities, culture, and spirituality as Native people can be redefined, exploited, misappropriated and commercialized as they see fit.”

Jae, a founding board member of the “Not Your Mascots” advocacy group, said that most concerning is the Spur kids' club, called the “Secret Tribe,” which through its cartoons portrays Native Americans as being “wild and primitive” — with no connection to actual history or culture. 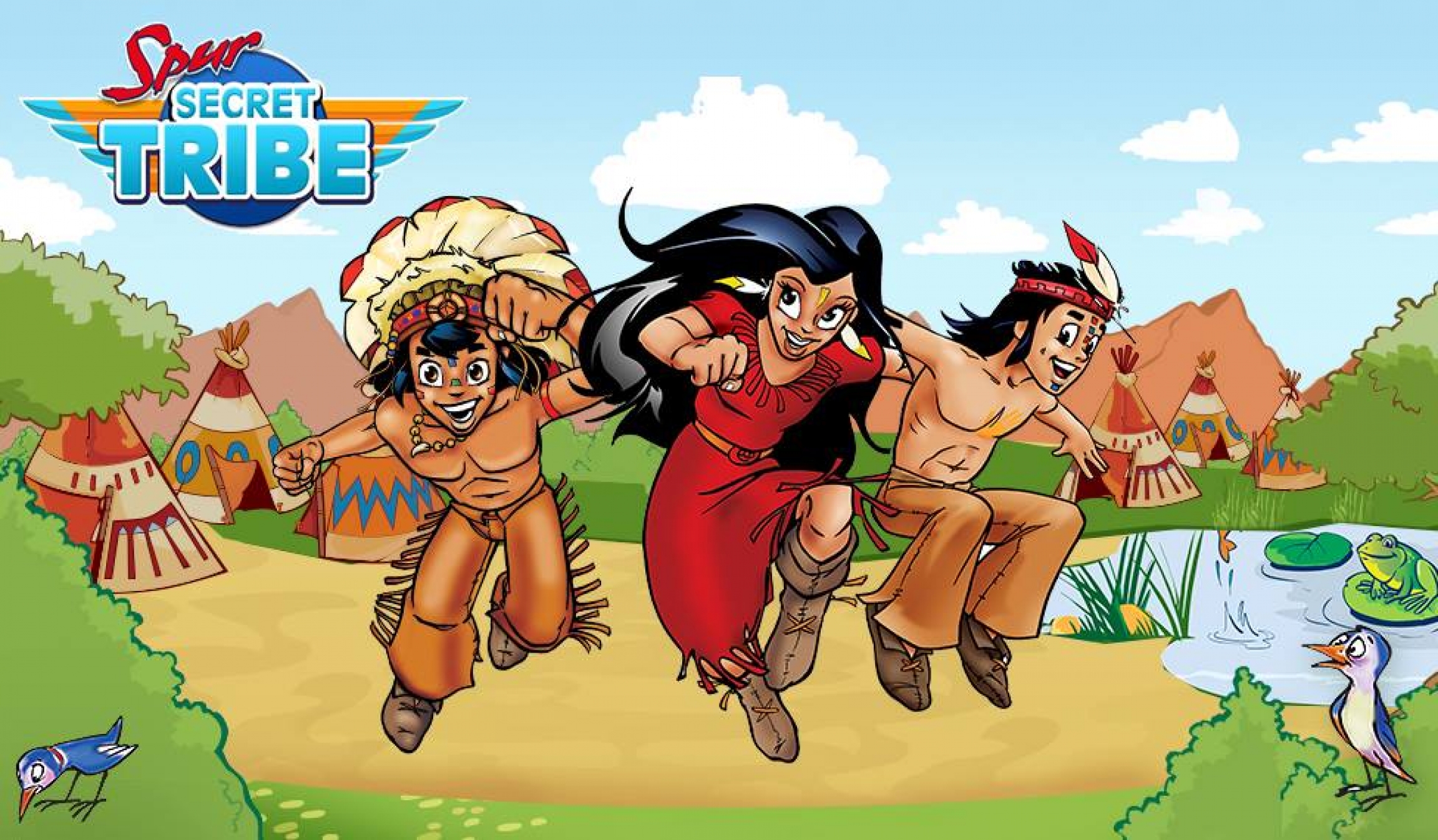 “In essence, they are teaching kids that it is OK to objectify and reduce Native people, their culture and imagery to mere decoration and entertainment,” she said.

“It is demeaning that [Van Tonder] would refer to us as ‘Red Indians’ and claim that Spur's use of stereotypical imagery is representative of our values. It's clear that he has no idea who we are as Native people."

There are 567 federally recognized tribes in the US, with hundreds more that are not recognized by government, each with distinct languages, traditions and identities.

Jae said that the version of Native Americans being presented to South Africans is “disheartening but not surprising.” Racism toward Native people is often not recognized as being racist — making it even more important to fight stereotypes and mascots, she said.

Van Tonder said that while he does receive a bit of criticism, the vast majority of South Africans love the brand.

“The American Indian culture is used as a guiding principle within our organization to guide excellence in employee behavior,” he said. “We have a saying within Spur for going beyond the normal call of duty: ‘You are making the Indian proud!’”