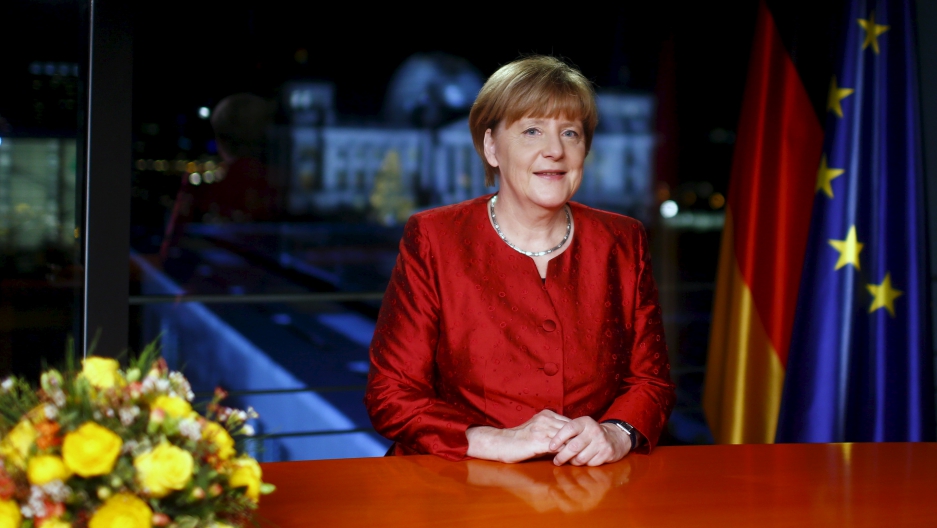 Conflicts around the world have driven about 60 million people out of their homes. That number is close to the entire population of the United Kingdom. And the global refugee crisis is only getting worse.

Ten years ago, when Antonio Guterres took over as the United Nations High Commissioner for Refugees, the number of displaced people worldwide was about 38 million.

The problem is a humanitarian one, Guterres told the BBC on Thursday. But looking ahead to 2016, he said the solution is not humanitarian. It’s political.

“We are like a nurse that provide an aspirin to a patient,” Guterres said of the humanitarian effort. “We are able to alleviate the pain. But we don’t solve the problem.”

Guterres is at the end of his term as the top UN official for refugees.

In 2005, international humanitarian efforts were helping displaced people return to their homes at a rate of about 1 million every year, Guterres said. “Last year, we only helped 130,000 people go back home.”

More and more people are fleeing violence, but fewer and fewer people are finding solutions for them, he said.

Guterres was particularly harsh in assessing the European response to the refugee crisis. He said the European Union was totally unprepared when refugees and migrants, many from Syria, started arriving in large numbers last summer.

“Not only it was unprepared then, it is still unprepared today,” Guterres said. “The divisions in Europe do not allow for a European response to this situation.”

The one positive development over the last year that Guterres sees is political recognition of the issue. When the problem landed on the doorstep of the EU, he said political leaders around the world finally began to take it seriously.

But still, “we do not yet have an adequate response,” he said. And there are some underlying reasons for this, he added.

“It's the dramatic multiplication of conflicts in the world. It's the fact that the international community has lost much of its capacity to avoid conflicts, to prevent conflicts, and then to timely solve them. And this is what needs in my opinion to have a surge in diplomacy for peace.”

The mantra from the Chancellor of Germany, Angela Merkel has been, “We can manage.”

Germany has taken in by far the most refugees, which has become a contentious political issue there.

But Merkel is resolute. In a New Year's address to the German public, she talked about the refugees as an opporunity.

“I am convinced that if we tackle the formidable task posed by the influx and integration of so many people in the right way today, then this will represent an opportunity for us tomorrow,” Merkel said.

The chancellor thanked her fellow Germans for showing such willingness to help the refugees. She acknowledged that this is a challenging moment in history. But she called on everyone in Germany to show unity.

“What is important is that we don’t allow ourselves to be divided, not between generations or social classes, nor between those who have been here a long time and those who are new. It is important that we don’t follow those, who with coldness, even hatred, in their hearts, lay claim to a Germany that is for them alone, while trying to exclude others.”