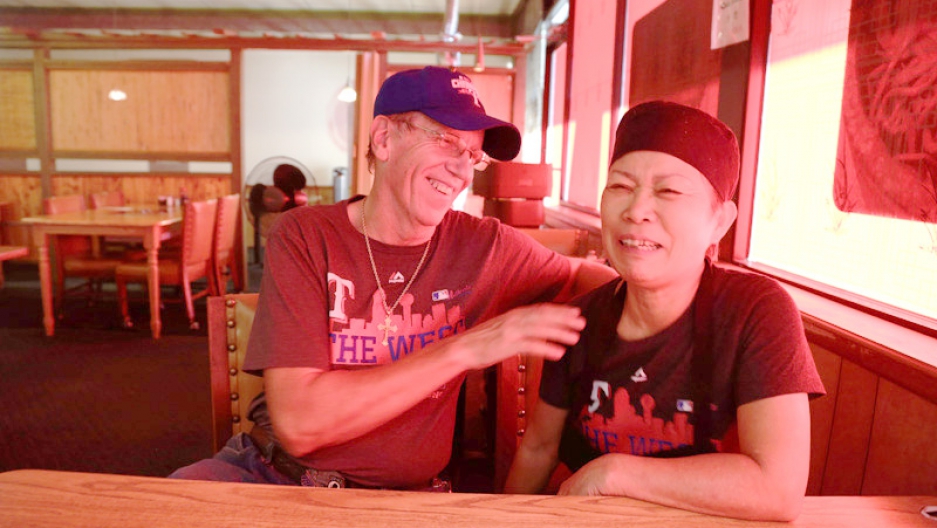 William and Hyosun Tartaglia have been married for almost 20 years. They met in Korea when William was in the US military, and Hyosun worked at a snack bar for military personnel. Now Hyosun runs a restaurant in Killeen, Texas.

When you think of Killeen, Texas, the massive US Army base, Fort Hood, might come to mind. What’s a little less obvious is the food culture that has sprung up outside its gates, as hundreds of thousands of soldiers have flowed in and out of the military base over the years.

Killeen is a small bastion of Korean cuisine. This Texas town has about eight Korean restaurants — including Koreana, where Hyosun Tartaglia is in charge.

Tartaglia has a devoted clientele, many of them military personnel. Her husband, William Tartaglia, says they’re more like family than customers.

“She’s had some customers come and see her before they see their parents,” he says, “when they came back from overseas.”

When the lunch rush dies down, Hyosun tells me that customers want to talk to her about their problems with their moms and their girlfriends, even though she doesn’t speak English all that well.

Hyosun says the customers who’ve served in Korea are the ones who can handle her spiciest dishes, like tookbaeki, a soup with noodles vegetables, and bulgogi; thinly sliced, marinated beef or pork. 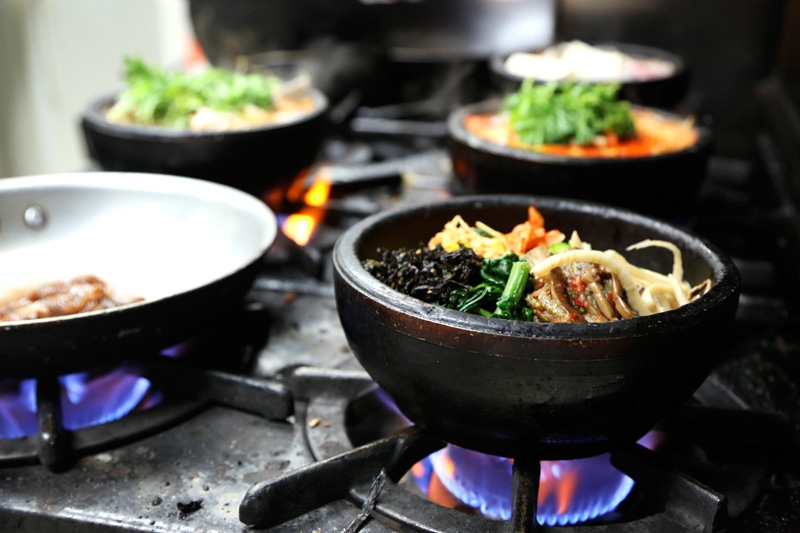 Many of the Korean dishes at Koreana are cooked and served in a hot stone bowl. Hyosun Tartaglia says her military customers who've served in Korea can handle her spiciest dishes.

It kind of makes sense that Korean food ties people together here at this Texas restaurant. It’s how the Tartaglias met in the first place. Hyosun was working in a “KATUSA” — a snack bar for Koreans who work alongside American soldiers in South Korea. One of Williams’s friends, a guy named Steve, used to eat at Hyosun’s KATUSA a lot.

“He just thought, I guess, that we would be good together,” William says.

Steve kept nagging them to get together for lunch. They finally agreed to meet to get him off their backs so they could go on with their lives.

“Obviously it didn’t work out that way,” William says. “We’ve been together almost 18 years now.”

The Tartaglias eventually moved to the States and settled in Killeen, as have many other Korean-American couples. The city’s population is nearly 2 percent Korean.

At Koreana on a recent afternoon, one of the customers, Capt. Javita Facion says even though she's never served in Korea, she’s addicted to Hyosun’s kimchi — spicy pickled cabbage. Some of her fellow soldiers introduced her to the dish.

“Since they’ve gone and they’ve talked about it so much, I guess you could say I’m hooked on the Korean food, because I love kimchi now,” Facion says. “Every time we come to lunch I get the kimchi fried rice because that’s my favorite.” 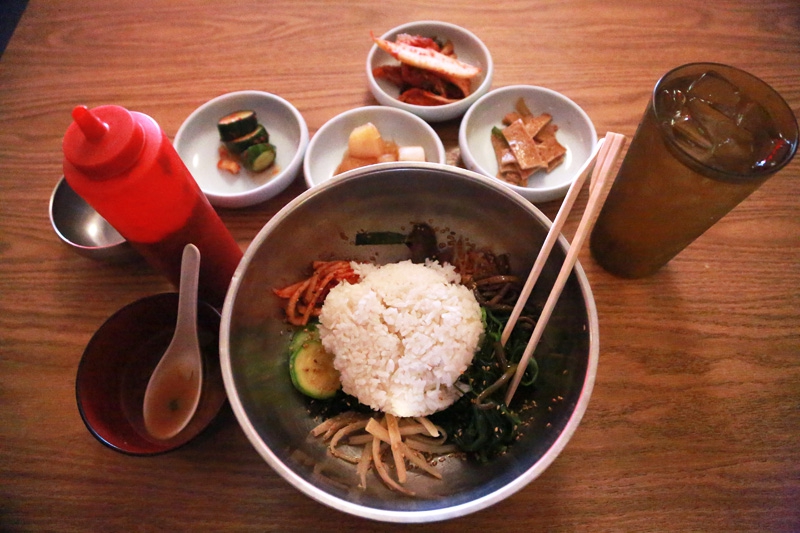 Bibimbap is one of the most popular dishes at Koreana restaurant in Killeen, Texas. It involves mounds of colorful sides, steamed rice and chili sauce.

At lunch, people from the base pack the restaurant, but come dinner time, you’re more likely to find Korean-Americans sharing a family meal.

Miae Puyun, who’s married to the pastor at a Korean-American church here, says the food at Koreana is just as good as anything you can get back home — and that’s not always a good thing.

“I miss home and mommy’s cooking,” she says. “I realize the food is making me more homesick.”

If this restaurant weren’t located in a cookie-cutter strip mall in small town Texas, Puyun could close her eyes and make the 7,000-mile distance to Korea disappear.

This story was produced as part of the Feet in 2 Worlds food journalism workshop at The New School. Readers, where's the best place you've ever eaten Korean food before? Let us know in the comments section below.