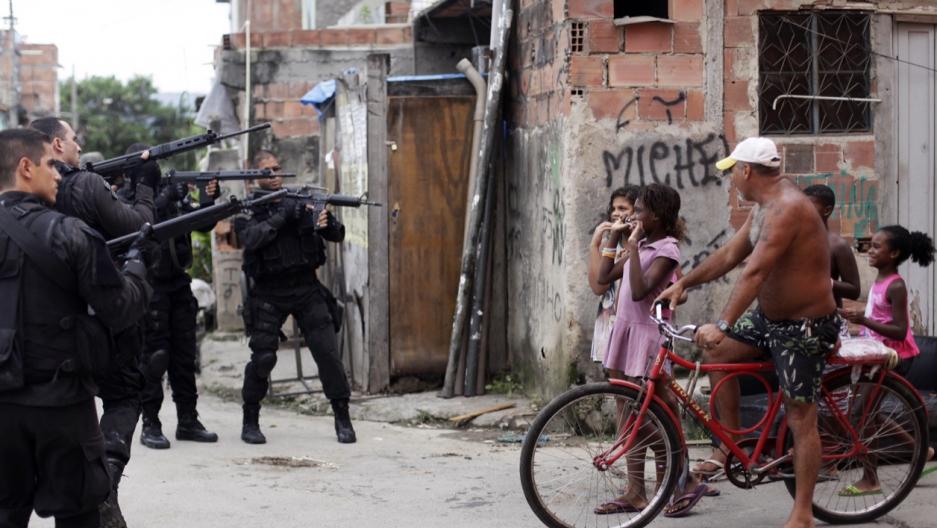 Policemen take position during an operation in the Mare slums of Rio de Janeiro on March 26, 2014.
Credit: Ricardo Moraes
Share

As we recently reported, police were responsible for more than one in six homicides in Rio de Janeiro between 2010 and 2013, according to a study by Amnesty International. In November, police officers in Rio shot and killed five unarmed young men between the ages of 16 and 20. The officers were quickly arrested and are being investigated, prompting hopes of a new era for police accountability here.

Now the Brazilian nonprofit Justica Global has produced a fascinating interactive map showing where Rio’s police kill the most people. The map is housed on this website, and there’s a version of it below.

The map shows the number of “autos de resistencia” or “resistance” killings by police around the city. Poorer areas in the north, west and east have higher rates of killings, while Rio’s wealthy southern zone has far fewer police homicides.

A demographic map of Rio de Janeiro from "Spatial Inequalities." "Pretos" are blacks, "pardos" are mixed-race and "brancos" are white.

Instances of police shooting tourists are extremely rare in Rio. Being shot by the police is far more likely if you’re a local who's young, male and nonwhite.

And as the first map shows, visitors will probably be just fine if they stick to Rio’s highly touristy southern zone and the Barra da Tijuca neighborhood, where most of the Olympic Games will be held.

Still, when you see those highly armed cops, it’s always best to be respectful and to keep your hands where they can see them.