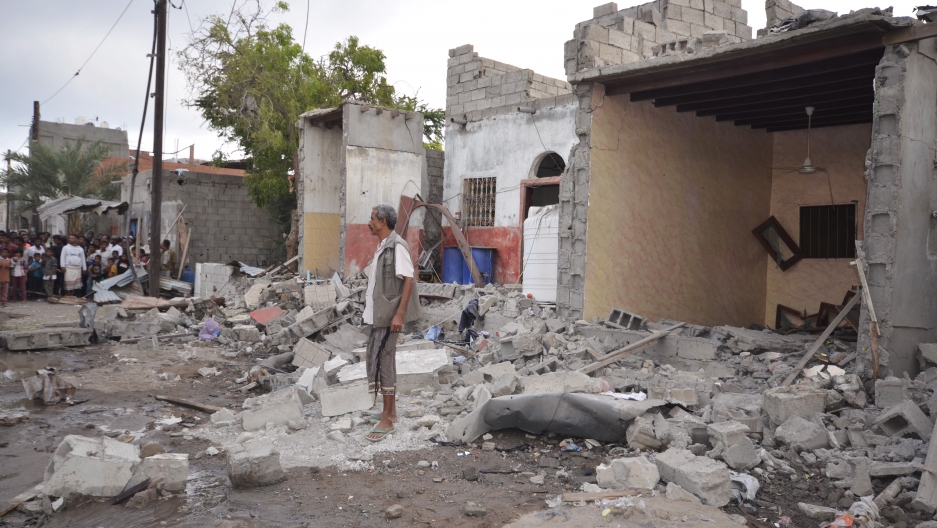 Bad as conditions are in Syria, they are worse in Yemen. Most Yemenis must ration their water and pay exorbitant prices for cooking fuel. Some Yemenis have no food to cook. Twenty-one million Yemenis need humanitarian assistance. And few Yemenis have been untouched by the violence that has swept the country since March.

Regrettably, Washington’s support of the nine-month-long bombing campaign and naval blockade by Saudi Arabia has left the US vulnerable to criticism.

In the UK, there’s a growing clamor for Britain, the Saudis’ other main weapons supplier, to stop supporting the Saudi assault on Yemen.

'Part of a war that the Government wants us to overlook' - @Independent explores UK arms and the Yemen conflict https://t.co/Ak2Tr52HDi

Amnesty International and Human Rights Watch have documented human rights violations in the Yemen war. But despite the passionate rhetoric of human rights organizations, halting the war that exacerbates the humanitarian crisis in Yemen seems to be an afterthought for western governments.

“There seems to be, across the board, heads being buried in the sand over this, and a complete denial that there is enough evidence – or any evidence – of international humanitarian law being breached or the potential of British involvement in any war crimes," says Iona Craig, who spent five of the last nine months reporting in Yemen. Now she is in the UK, seeing the Yemen war from an outside perspective. And it’s not a pretty view.

In the United States, some legislators attempted this fall to hold back the next resupply of ammunition to the Saudis, but to no avail. Last week, this Saudi order went though.

Public concern over Western involvement in the Saudi air assault and coastal blockade has been muted. “With what else is going on in the Middle East, with the migrant crisis, with the war in Syria, with Islamic State, it’s all up much higher the news agenda than Yemen is ever going to be,” Craig says.

This week negotiators for Yemen’s two main warring parties wrapped up a round of talks in Switzerland. On one side were representatives of the Houthi rebels and their military ally, the former dictator Ali Abdullah Saleh. On the other, supporters of the Yemeni president the Houthis toppled, Abdu Rabbu Mansour Hadi, who is backed by the combined airpower of Saudi Arabia and the United Arab Emirates.

That the talks happened at all is seen as a victory. The US ambassador to the United Nations, Samantha Power noted that the negotiations “were widely seen both to have gone better than expected and to not have achieved as much as we would all like.”

Power told reporters at the UN that the United States has been urging the Saudis "to investigate why air strikes are exacting such a toll on civilians and urge them to strengthen their review mechanisms and their procedures so that those kinds of incidents don’t happen." Power said conversations have happened "at really every level with the Saudi government."

On Tuesday, the United Nations High Commissioner for Human Rights made his most overt criticism yet of the Saudi air campaign, essentially blaming the kingdom for most of the attacks on Yemeni civilians.

So far, the ceasefire negotiated in Switzerland has failed to stop either side from fighting.

The US State Department is monitoring the situation in Yemen, and urges all parties "to exercise maximum restraint if violations or reports of violations emerge." A State Departmemt spokesperson wrote via email that "only through a de-escalation of the conflict and a return to peaceful political dialogue can Yemen fully address the urgent humanitarian crisis and rebuild the Yemeni economy in order to create the better future the Yemeni people want and deserve."

The Switzerland negotiating session has yielded thin results so far. “I think the most positive thing to come out of it," observes Iona Craig, “was the allowance of humanitarian aid into the city of Taiz (in southern Yemen) … When I was there it was under siege. There was a blockade being imposed by the Houthi-Saleh forces which was preventing food getting in, fuel getting in, and most crucially medical supplies as well.”

By the time Yemen talks resume in January, humanitarian conditions may ease. But in Taiz, for example, aid is still held up at Houthi roadblocks.

Médecins Sans Frontières (Doctors Without Borders) put out a press release noting that "despite continued negotiations with officials, MSF is still blocked from delivering stocks of medical supplies to two hospitals in a besieged town in Taiz… MSF's trucks have been stopped several times at Houthi checkpoints and denied access to the area. The hospitals in this besieged area are seeing a large number of patients with war wounds."

Craig, like many observers, is not optimistic about what Yemen will look like should the warring parties find a way to stop their war. A future Yemen might resemble Aden, the southern port city where the Saudi- and US-backed government of Yemeni president Abdu Rabbu Mansour Hadi has declared victory.

Craig notes that since Houthi forces were driven out of Aden this fall, security there has yet to be established.

“You've got assassinations on a regular basis,” says Craig. “You've got criminal gangs, you've got carjackings. You've got Islamic State, you've got Al Qaeda in the Arabian Peninsula. So if that's a reflection of what the rest of the country is going to look like once the war is over, then it's not looking great at the moment.”