12th graders Chaden Alyahya Morla and Nour Fiquet won a student environmental journalism competition and were invited to the Paris Climate Conference, but their visit was canceled for security reasons after the Paris attacks.

Lunch time at the Honoré de Balzac School in Paris’s 17th arrondissement is usually fast, busy and messy for its 2,000 middle and high school students.

But on this day, the cafeteria is even messier than usual. There’s a food waste experiment under way.

Students in hair nets and protective clothing sort and weigh leftovers from the lunch trays — bread, meat, vegetables and packaging all go in separate bags. It’s part of a project the school came up with to coincide with the Paris climate conference that wrapped up last weekend.

In one corner of the cafeteria, a pile of leftover yogurt containers, still sealed, is growing. According to strict food regulations, the containers have to be thrown out, even if they’re still unopened.

This experiment is in the fact-finding phase, says Jean-Baptiste Lannebère, an environmental science teacher here. His team of students wants to determine what can be recycled, whether portions should be reduced, and what can be composted. Compost will be key here, Lannebère says.

Because the climate conference, COP21, was taking place in their city, Lannebère wanted to get his students’ hands dirty, literally. So they came up with the idea of composting. But the earthworms only eat a vegetarian diet so Lannebère says it’ll take a while to sort out the food waste for them. 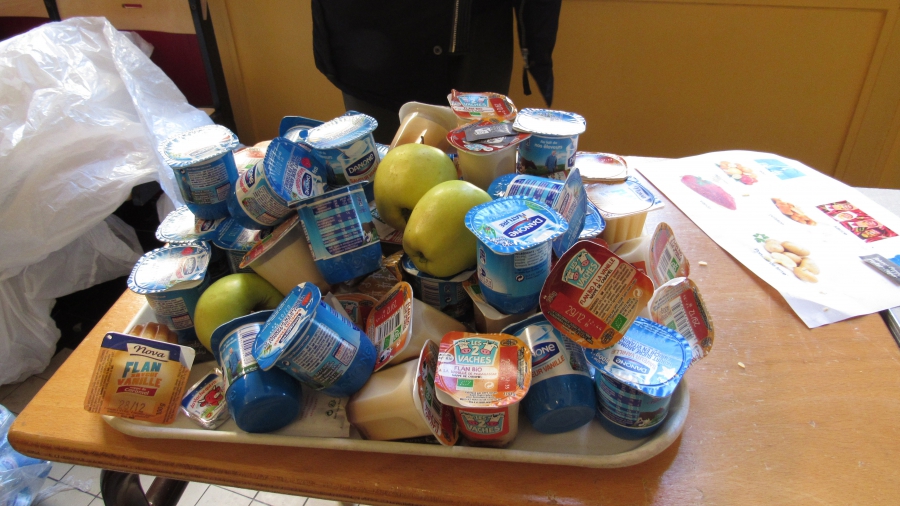 Nobody opened these yogurts, but health regulations require the school to throw them out so that's 53 yogurts in the trash.

Two of the school’s 12th graders, Chaden Alyahya Morla and Nour Fiquet, were planning to attend COP21 as a prize for winning a student environmental journalism competition. Their entry featured a plan to use biogas from decomposing leaves from the schoolyard to heat the school’s pool.

“We were really excited to go,” Alyahya Morla says, “but then with the Paris attacks [and the state of emergency], it wasn’t possible anymore so we were a bit sad.”

Still, she says she was pleased with the final agreement’s global warming target of limiting warming to two degrees Celsius, but her classmate, Nour Fiquet, had a different perspective.

Another senior, Enzo Laurent, has doubts too, though he says the Paris agreement seems to carry more weight than previous ones.

“Most of the countries that were involved seemed more engaged, especially the most problematic countries like the USA or China,” Laurent says. But “even if this text seems like it’s actually going to impose for the first time actual legal measures, I don’t see how it’s going to be implemented in a way that actually works and that changes things for real, quickly.” 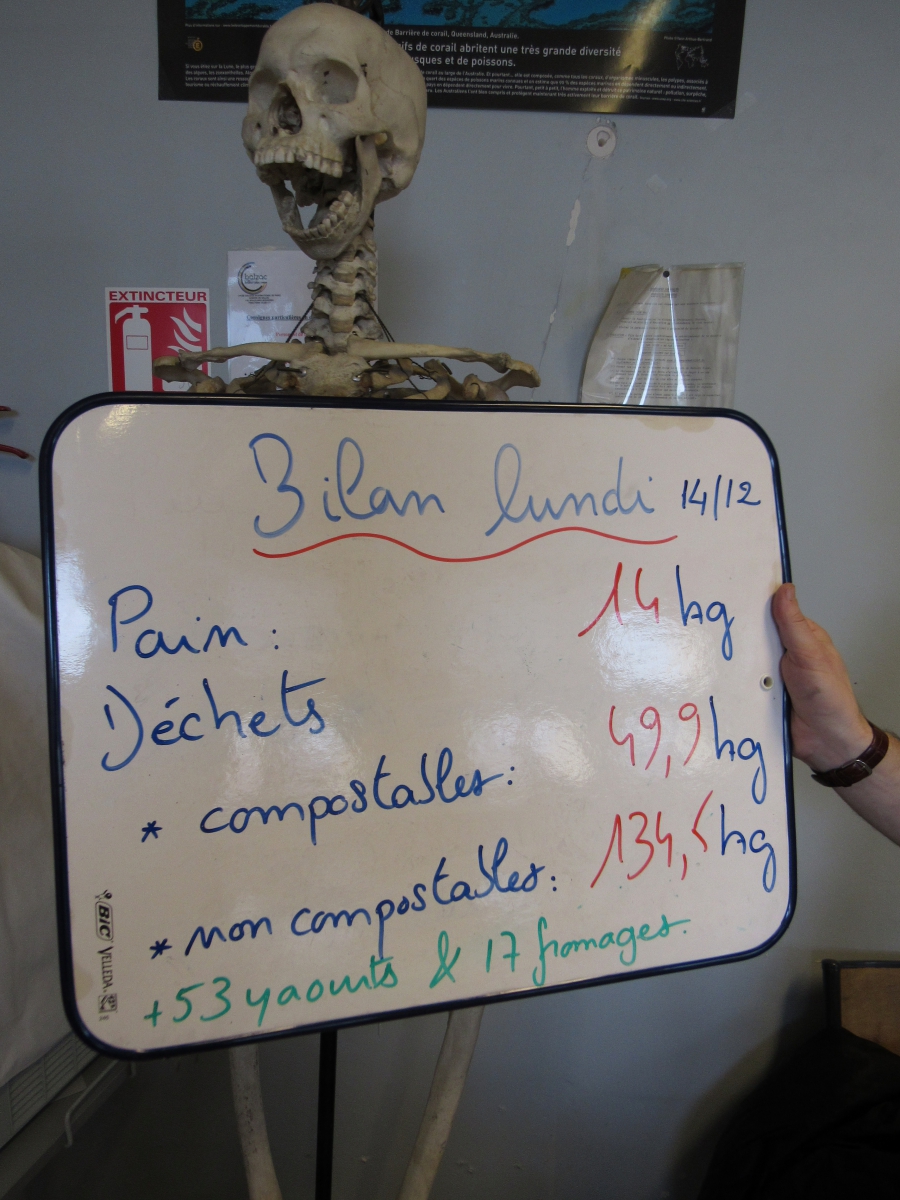 In the afternoon, the results of the day’s cafeteria experiment come in: 110 pounds of compostable waste — enough to make the worms happy. But there was also 300 pounds of non-compostable waste, plus 53 unopened containers of yogurt. And that went in the trash.

Still, as one teacher put it, the climate conference has made the students and the teachers think about connections to their everyday activities in school — from recycling paper to food waste — and what they can do at their school to make a difference.