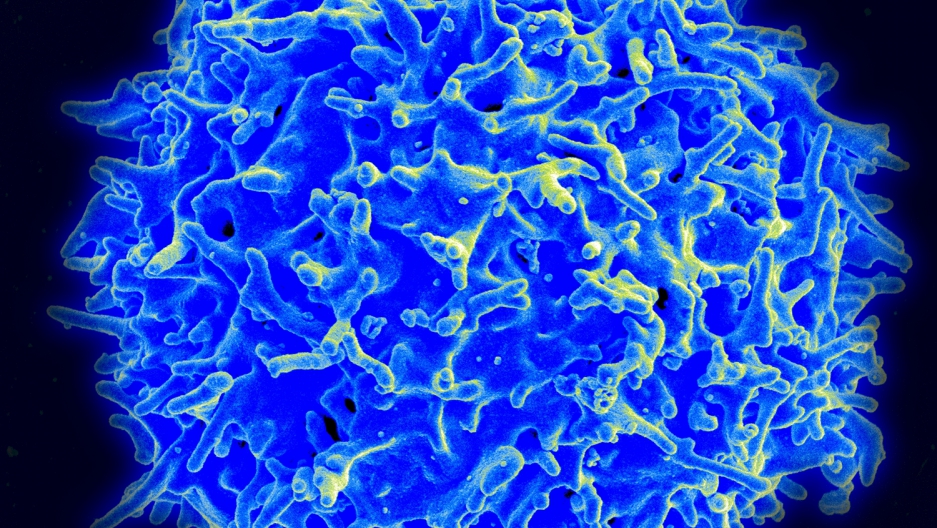 Scanning electron micrograph of a human T lymphocyte (also called a T cell) from the immune system of a healthy donor.

Just months ago, former President Jimmy Carter announced he had melanoma that had spread to his brain. Recently, however, he made the shocking announcement that he was cancer-free. He owes his condition to a new cancer immunotherapy drug known as Keytruda that is giving researchers, cancer patients and doctors new hope in the war on cancer.

Dr. Antoni Ribas who work on immunotherapy treatments for cancer at UCLA says the idea behind the drug is to use the patient's own immune system to attack the cancer.

This isn't a new idea. There is, however, a new development that seems to be actually working. Dr. Padmanee Sharma, the scientific director of the Immunotherapy Platform at MD Anderson Cancer Center in Houston, says the new treatment is sort of like flipping a few “off switches” inside our immune system.

The immunotherapy treatment has worked for Carter, but studies show that only about 30 percent of cancer patients have had similarly successful outcomes. Sharma says the reason for this gets back to the complexity of the off switches.

“The next step is to understand how this happens and why does it work in some patients and does not work in many others,” Ribas says. “That will allow us to think of what's missing in the patients where this is not working and how we can develop a combination therapy that could treat those other patients.”

Still, immunotherapy treatment is a stage in the fight against cancer many people doubted we would ever reach.

“This is an amazing time in cancer therapy, because we now have immunotherapies that are working in multiple tumor types, working in melanoma, kidney cancer and lung cancer,” Sharma says. “We never even thought that was possible that you can take one type of drug and basically have it work across all these different tumor types.”