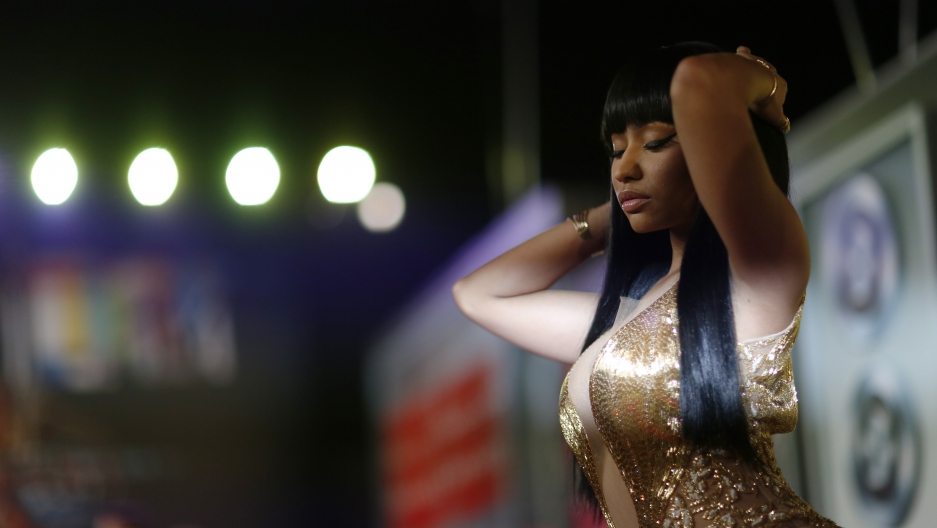 JOHANNESBURG, South Africa — While Nicki Minaj sang at a Christmas party in Angola over the weekend, an Angolan rapper named Luaty Beirão was in detention recovering from a hunger strike.

Minaj performed Dec. 19 at a holiday party for Unitel, a mobile phone company controlled by the family of José Eduardo dos Santos, who has been president of Angola for 36 years.

Unitel is majority-owned by Isabel dos Santos, the president's daughter, who has denied she became the richest woman in Africa because of her father’s connections to the Angolan oil industry.

Nicki Minaj is coming to Angola.

A New York-based group, Human Rights Foundation, wrote to Minaj and her manager Brian Sher last week telling them about the human rights situation in Angola, as well as the Dos Santos family’s exploitation of the country’s diamond and oil wealth.

“There is no good reason for her to do business with the corrupt Angolan dictatorship and endorse the ruler’s family company,” said Thor Halvorssen, the group’s president, in a media statement.

“What kind of inspirational message is she sending to millions of young Angolans by performing for the dictatorship that has literally stolen their freedom and their future?”

Minaj, for one, seemed inspired by the appearance. She posted a photo of herself with Dos Santos on Instagram, captioned: "Oh no big deal...she's just the 8th richest woman in the world. (At least that's what I was told by someone b4 we took this photo) Lol. Yikes!!!!! GIRL POWER!!!!! This motivates me soooooooooo much!!!!"

The rapper Beirão along with 16 other young activists was arrested in the capital Luanda six months ago after attending a book club meeting where they discussed politics and governance issues.

They are currently on trial for "preparing acts of rebellion" and plotting to overthrow the Angolan government. Amnesty International has condemned the “kangaroo court” in which the 17 activists are being tried.

But the day before Minaj performed, a judge ordered the release of the activists, including Beirão. He placed them under house arrest, with a verdict in their trial due next month.

Amnesty International called the move a "pretext to continue to restrict their rights."

"The decision by authorities to move 15 Angolan human rights activists from detention to house arrest today is encouraging but falls far short of the unconditional release that they should be immediately granted," the group said in a statement Friday.

More from GlobalPost: 9 celebrities who accidentally performed for foreign tyrants

Beirão, also known by his stage name Ikonoklasta, spent 36 days on a hunger strike in protest against their arbitrary detention, and is said to still be in fragile condition.

He has been an outspoken critic of the government, arguing that the country’s oil wealth has only benefited a small and politically connected elite. Angola, a former Portuguese colony that emerged from civil war in 2002, is Africa’s second-biggest oil producer after Nigeria.

The letter from Human Rights Foundation told Minaj: “As a strong-willed, independent artist shouldn’t you be advocating for the release of the imprisoned rapper Luaty Beirão rather than entertaining the dictator and his thieving family?”