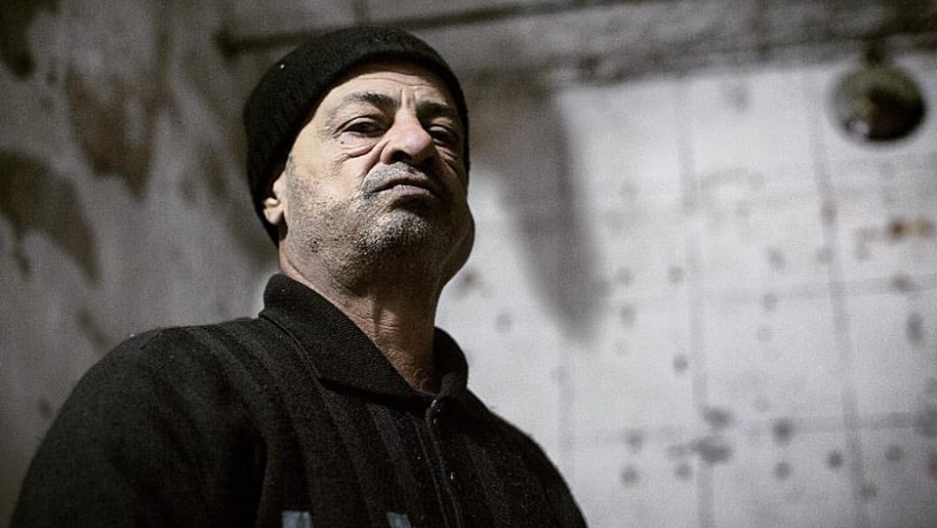 Abu Ezzat in the Old City of Aleppo.

We’ve heard a lot about the estimated 10 million people who have fled Syria.

Abu Ezzat, an Aleppo-based businessman, is one of those determined to stay behind.

Ezzat is a man of resources, accustomed to traveling to Europe and Asia. Now he runs a local barbecue joint and spends the day chatting with locals.

Five of his sons are on the frontlines, fighting for the opposition Free Syrian Army. A sixth son died in combat three months ago.

"When he was telling me about his son, it almost seemed as if it was obligatory of him to be very accepting of the idea that he'd lost his son," Jarrah says. "When I dug a bit to ask him to talk about his son ... he became very emotional, and this hardened strong man who's showing everyone that he's very tough suddenly became like a little child."

Jarrah says Ezzat hands out a large stack of bread each day to Aleppo residents.

"Whenever anyone is going past, he calls to them and he knows that this person is very poor and can't afford any food," Jarrah explains. "I've seen him basically spend all the money that he makes on handing out stuff to people."

Ezzat speaks his mind. In a place where drinking alcohol is unacceptable, he admits to imbibing.

"He mocks the religious people around us, and says ‘You know what, it's not about how I pray,’" Jarrah says.

When one of Ezzat’s sons was wounded in battle and needed a hip replacement, his father sent him to Turkey for the operation.

“His son wanted to stay in Turkey and Ezzat insisted, ‘No, you have to come back, there's a cause, we can't leave our country. If we leave our country then it's gone,’ Jarrah explains. “This man is able to leave but he insists on staying here, and he feels very proud of the fact that his children, his sons are part of this resistance.”