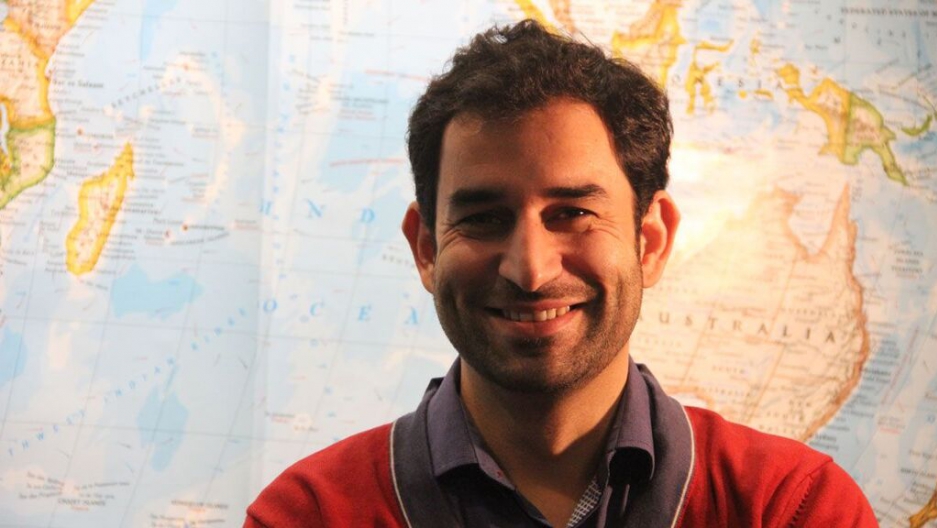 During the Taliban's rule in Afghanistan, it was illegal to watch or even own a TV.

But since their ouster in 2001, TV has made a comeback.

That's in part because Afghan journalists like Samiullah Mahdi have created all sorts of popular and controversial TV programs.

"There are more than 50 television channels in Afghanistan, more than 100 radio stations, hundreds of publications and newspapers," says Mahdi, who is studying at the University of Massachusetts Boston on a Fulbright scholarship. "Millions of people watch these shows, and they trust the independent media."

Mahdi is a well-known face on Afghan television. As the director of news and current affairs at OneTV, he helped produce a program called "Nikab" or "The Mask." The show's guests were women who hid their faces and told their stories of domestic abuse. He says it took him a year to convince the first survivor to dare to appear on the show. The 16-year-old guest described how she was forced to marry a man who was 40.

"Her brother had killed her husband's brother," he says. "There was a kind of arrangement between the elders of the village to just give her to the victim's brother to prevent further bloodshed."

Mahdi says the interview was important to the young survivor, and to Afghanistan.

"To be allowed to talk about what you have been through, and for the first time to see that people are saying that you are not guilty, you're the victim, and we're here to tell your story to the public, and make a change, not just for you but for other women" means a lot, according to Mahdi.

Nikab no longer airs in Afghanistan. Mahdi says that's because it had difficulty finding funding.

He now works with ToloTV on a program called Black and White. Recent guests included a member of parliament with four wives who appeared alongside women's rights activists who questioned polygamy.

"It was one of the most controversial shows I have ever, ever hosted," he says. "Although we had very hot points when they didn't like each other and didn't want to be on the same platform, overall I can say it helped people to think, 'Should we change the laws?'"

Afghan journalists like Mahdi work in a climate of fear. But they press on.

"There is a very strong will among people," he says "They want this change."