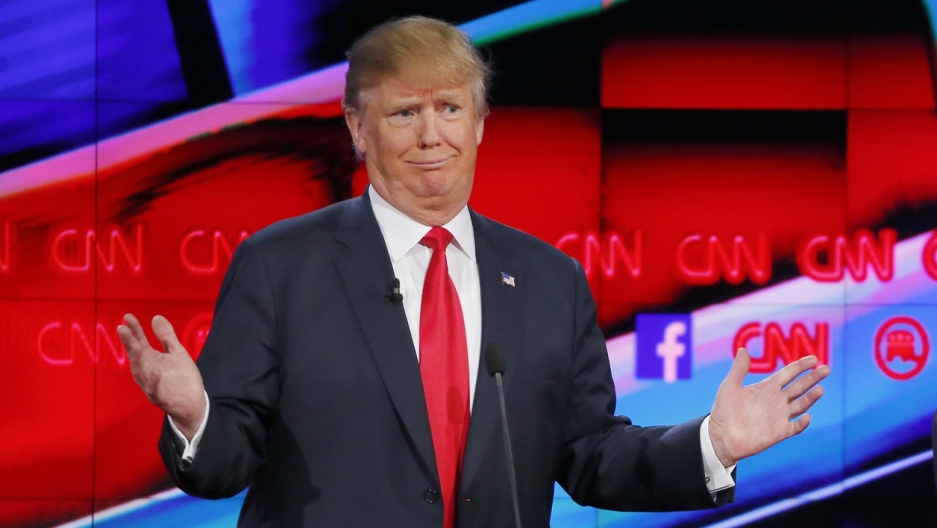 Last night was the last Republican debate of 2015. But this election season is only just beginning. The next debate is in mid-January and the primaries begin in February. Then there are a bunch more debates in February. And more primaries. And more debates. 2016 is going to be a very long year.

The debate featured all the GOP frontrunners for candidacy as well as some stragglers (Rand Paul?). And it offered more evidence that the rise of the far right in the United States — just like in Europe — should probably be a real concern. Billionaire Donald Trump was front and center, but relatively subdued as everyone else tried to knock him down a few pegs. Marco Rubio, a Florida senator, and Ted Cruz, a senator from Texas, went at it. Cruz probably came out on top, according to this morning’s pundits. Jeb Bush, Chris Christie, Ben Carson, Carly Fiorina, John Kasich, and Rand Paul all said things.

It was an entertaining event for plenty of watchers. Probably less so for the 1.5 billion Muslims living in the world. Or any number of other groups, for that matter.

Security dominated the discussions, which was expected after the shootings in Paris and San Bernardino. People inspired by the Islamic State were behind both of those attacks. However, there was no mention of the recent shooting at a Planned Parenthood clinic, the mass shooting of black churchgoers in Charleston back in June, or any number of other terrorist shootings in the United States by people who were not Muslim or brown or foreign.

So the focus settled on tightening border security and fighting the Islamic State. The CNN moderator, Wolf Blitzer, at one point asked Cruz — who, remember, most people think won the debate — if he would “carpet bomb Raqqa.” Raqqa is a city in Syria where the Islamic State has set up its base of operations.

The fact that that’s even a question in a debate is crazy. Raqqa is a large city full of civilians. Carpet bombing is indiscriminate and widespread by definition. Cruz failed to answer the question in any coherent way.

There was a lot of talk of more war, more bombing, more airstrikes. At one point a candidate suggested punching the Russians in the nose. But he did not elaborate.

The candidates offered a lot of laughable one-liners ("penetrate the internet," anyone?). But the debate wasn't funny. Among other things, campaign rhetoric and reactions to terrorist attacks are fueling discrimination and hate crimes against Muslims in the United States. Muslims — all of them — were repeatedly associated with terrorism during the debate. This video pretty much sums it all up.

The administration of US President Barack Obama is busying itself with this issue. US Secretary of State John Kerry has been meeting with world leaders this week, including Syria’s key ally, Russia, to find a way to end the Syrian conflict. Kerry agreed on Tuesday not to seek regime change in Syria, for now.

Almost a quarter of a million Syrians have been killed since Assad first violently cracked down on peaceful protests in 2011. Millions more have been displaced or become refugees. In total, half of Syria’s population has been uprooted or killed. The vast majority of those killed have died at the hands of Assad’s military, in Syrian government airstrikes, or in Syrian prisons.

The Islamic State likes to publicize its killings. So the whole world is intimately familiar with how they operate. The Syrian government likes to keep its operations secret. That changed last year when a Syrian military defector known as "Caesar" smuggled out pictures of Syrians who had been tortured and killed at the hands of Syrian authorities.

The pictures were shocking, but the victims remained anonymous. Assad brushed them off. “You can bring photographs from anyone and say this is torture. There is no verification of any of this evidence, so it’s all allegations without evidence,” he told Foreign Affairs magazine at the time.

Today, a new report by Human Rights Watch reveals the identities of a number of those pictured in Caesar’s archive. Those victims now have names, stories, and families. GlobalPost Senior Correspondent Richard Hall has compiled some of them here.

The first Brit to go to space on behalf of the British government is named Major Tim. No kidding. Maj. Tim Peake will spend the next six months conducting hundreds of experiments onboard the International Space Station. One of those experiments, of course, will be to test the process of making a cup of tea in zero gravity.

The funny thing is, Peake is not the first Brit to make it to space. There have actually been six others. Four of them went with NASA, though, so the UK government doesn’t really talk about them. Another was the son of a NASA astronaut who paid $30 million to briefly become a space tourist. Then there was Helen Sharman. Sharman flew to the Russian space station Mir in 1991.

Sharman was actually the first Brit in space. She was also the first woman to board Mir. She remains one of the youngest-ever space travelers, and she did it all by raising private money. But she didn’t go for the British government. So the honor of first Brit in space will go to Peake.