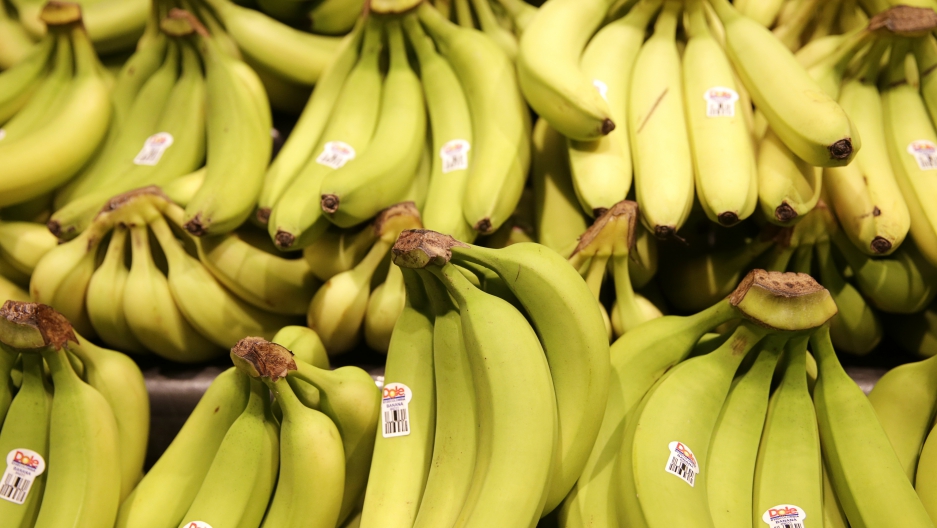 Dole brand bananas are seen on display at the Safeway store in Wheaton, Maryland February 13, 2015.

Could the plant fungus called the Panama disease spell doom for the banana as we know it?

“Thousands of varieties of bananas are grown throughout the world, but only one makes it to store shelves. It’s a banana known as the Cavendish,” says Simran Sethi. She's author of Bread, Wine, Chocolate: The Slow Loss of Foods We Love. The Cavendish is ubiquitous — the yellow, not-too-sweet, popular banana.

But the Cavendish is, in a sense, a marked man. It's facing extinction. That’s according to scientists in the Netherlands who have been studying the deadly plant fungus called the Panama disease that’s already destroying banana crops in Taiwan, Indonesia and Malaysia. But experts warn that it’s only a matter of time before this pernicious plant disease reaches Latin America, where the majority of the world’s exported bananas come from. 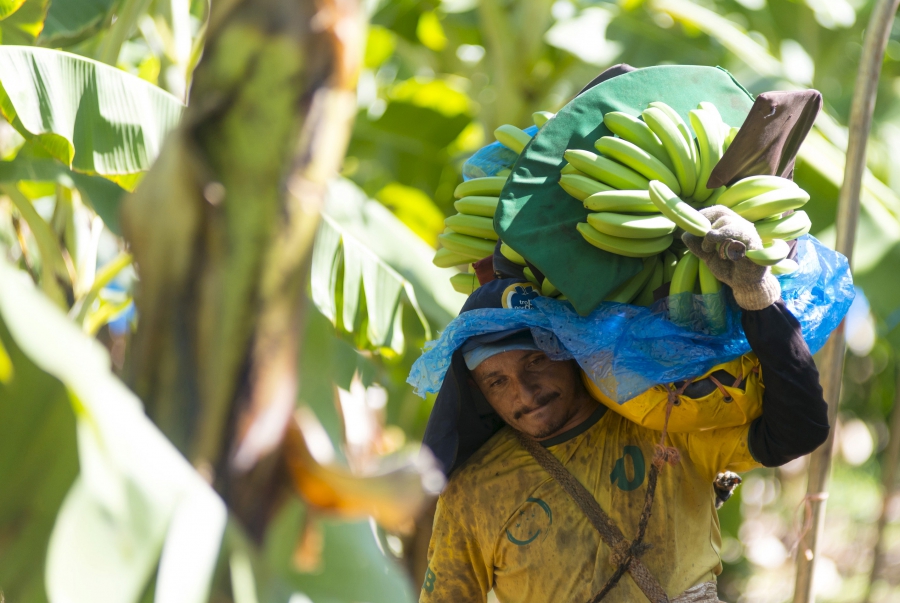 A man carries bananas at the Tropical Nordeste S.A farm, in Limoeiro do Norte, in Ceara state.

What’s interesting, Sethi explains, is that this is not the first time a variety of banana has been wiped out. “The Cavendish is the replacement banana for the one banana that used to be on store shelves, which was the Gros Michel back in the 1960s.”

Back then, it was a soil fungus that destroyed the Gros Michel and now a variant of that plant disease is threatening the Cavendish. “Here it is again,” says Sethi. “Tropical Race 4, which is a strain of the exact same fungus, is now wiping out the Cavendish. The challenge is we don’t really have another banana in its place that’s ready to go to offer instead.”

Scientists in the Netherlands report that Tropical Race 4, a variant of the Panama disease, is already destroying banana crops in Taiwan, Indonesia and Malaysia. That may seem far away, especially if the bananas you buy come from Ecuador. But they warn that it’s “only a matter of time” before the pernicious plant disease reaches Latin America, where the majority of the world’s exported bananas come from.

The economic impact of this plant fungus is potentially huge. Cavendish bananas represent nearly one half of global banana production and exports. “It's remarkable what is happening now to the entire industry, and 15 percent of bananas throughout the world are exported," Sethi said. "In places like Ecuador, bananas are one of the top exports. We’re talking about something that is going to cripple economies.” 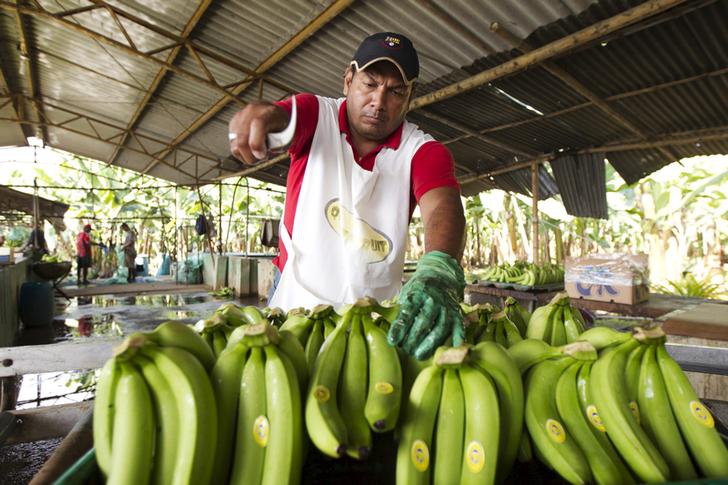 Ecuadorean banana's farm workers wash bananas during a packing process in Babahoyo. The banano is one of the star products of Ecuador for Exportation.

One reason the Cavendish is endangered is that it’s a monoculture crop. This one variety is grown all over the world, and that makes the crop more vulnerable to disease, says Sethi. “Increasingly, most of our food is grown in monoculture as mono-crops. It's an efficient way to be able to irrigate everything at the same time, treat everything at the same time. But what you should understand is that if one disease comes in, or one pest comes in, it wipes out everything.”

Sethi says it’s a familiar story. “It’s happening now with coffee, we saw this happen with the Irish potato famine," she says. "Slowly, all these crops that are being grown in monoculture throughout the world are starting to suffer from various types of changes that were in some cases unanticipated and certainly ones that are wreaking more havoc than we would have expected had we grown crops' bio-diversely, grown multiple crops together.”

Meanwhile, agricultural scientists and plant geneticists are working around the clock to develop a new type of banana to replace the Cavendish. But it’s a race against time. So far, the fungus appears to be impervious to treatment. Researchers have documented the fungus has spread to Pakistan, Lebanon, Jordan, Mozambique and Queensland, Australia.

So how soon will our beloved Cavendish bananas disappear from the shelves?

“That’s a really good question and I wish I could answer it. But it's the same kind of variability that we see with climate change," Sethi says. "We don't exactly know what will happen but what we do know is everything that we see in the grocery store is going to start to shift. This happened with potatoes, with the Irish potato famine, this isn’t new. It’s what’s happening to coffee, two countries have declared states of emergency because of coffee leaf rust wiping out coffee plantations, and now we see it with bananas. This is something that we will continue to see happening if we don't start to take more pro-active measures as eaters, and as people who want to support conservation of diversity in foods.”

Bananas may be about to go extinct https://t.co/7rWjKNYrmw