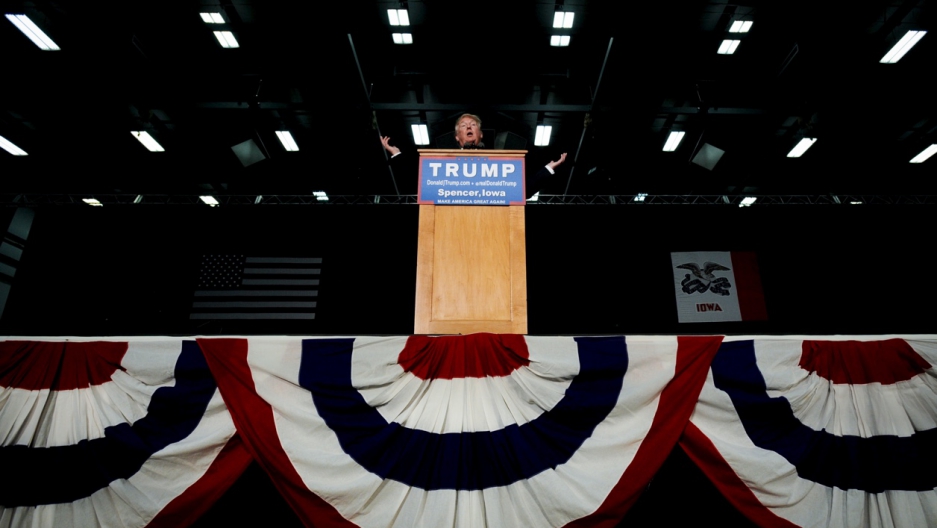 As the state of Texas frets about the impending arrival of 21 people fleeing the brutal conflict in Syria, Germany is about to welcome its one-millionth asylum-seeker of the year. Almost half of those are Syrian refugees.

As a result, German Chancellor Angela Merkel is TIME magazine’s Person of the Year.

While the German government’s willingness to take in refugees will likely earn it some goodwill around the globe, Germany is not necessarily the beacon of hope that the world should follow. In the last few years there has been an unchecked rise in far-right, anti-immigrant organizations in Germany. They hold xenophobic rallies and some of their members are responsible for violent attacks on people who don’t fit their idea of who should be living in Germany.

The far-right is on the rise all over Europe, in fact. But in Germany, crimes against refugees and migrants are mostly never prosecuted. That means that for those who have fled the indiscriminate bombing of the Syrian government, the bombings of dozens of other countries, and the viciousness of a global terrorist group, justice is still hard to come by.

The far right is also rising to prominence in America, these days embodied by one Donald Trump. Trump is a Republican candidate for president and a, oh, mildly successful billionaire businessman. He is running a campaign driven by plenty of fear and xenophobia. And so far it’s working, which is making many Americans and even much of the world nervous.

On Monday Trump declared that Muslims — as though Muslims are some sort of generalizable group — should be barred from entering the United States. That’s his domestic counterterrorism policy: blanket religious discrimination. Trump was reacting to the shootings in San Bernardino last week that killed 14 people. Police say that a Muslim couple who may have been inspired by the Islamic State was responsible for the attack.

Most terrorist attacks on “American soil” are actually carried out by white Americans. It’s unclear what Trump has in mind for the entirety of that group of people.

Trump’s antics are beginning to reverberate around the world. A petition in the UK that calls for banning Trump from visiting the country now has more than 100,000 signatures. There is actually precedent there; the UK has prevented people from entering the country if they have a history of hate speech.

The prime minister of France, whose country is still reeling from a massive terrorist attack in Paris last month, said on Twitter that Trump only “fuels hatred.” A professor in Algeria told The New York Times that he thought Trump’s statements would only push people toward the Islamic State.

JK Rowling, the author of the "Harry Potter" series, said Trump was worse than Lord Voldemort. If you have read the books or seen the movies, you’d know that that is pretty bad.

North Korea has allies. Did you know this? There are some (not many) governments around the world who regularly talk to the isolated authoritarian state. Cambodia is one of them.

And so North Korea is opening a museum near the famed Angkor Wat temple. The museum will be a celebration of an idyllic vision of life under the ancient Khmer kingdom, which used to rule much of Southeast Asia. It is the ambitious project of the Mansudae Art Studio, North Korea’s monument-making propaganda unit. They usually make grand statues and paintings that deify the Kim dynasty.

The museum was built by members of a 4,000-person “work unit.” GlobalPost Senior Correspondent Patrick Winn visited the site in 2011. You can read about what he saw here.

The museum in Cambodia is not the only global work of the Mansudae Art Studio’s “overseas projects” unit, however. They have also built giant Soviet-style monuments in other parts of the world, like Senegal and Namibia.

The reviews of their work have been mixed.